In Praise of Randomness

The magic of inspiration beyond the algorithm

It was a Tuesday night in the middle of last summer, and the curfew had finally lifted in Montreal, Quebec. "Great," I thought, "I'll go to Jean Coutu," combining the pleasant and useful. It was a wonderfully balmy evening, so I decided to extend my stroll and head to the park near my house. At the park's southern end, I came across a small, socially distanced group of people in front of a church. As I approached, I could hear clear, angelic music. A choir had congregated, using the church steps as a stage.

The voices raised into the night and the century-old trees, their répertoire ranging from Brahms to Pink Floyd, much to the delight of the impromptu audience. Night had fallen, and a very thin crescent moon was reflected in the gothic rose window of the building.

It doesn't get more magical than that.

On my way home, I reflected on what made this event so special: its pure, unplanned occurrence. No algorithm had pushed this on my path, no collected data proved I would be interested in this event. It was my own action of walking to the drugstore and changing my route home through the park that allowed me to run into this group of singers.

In French we say, "le hasard fait bien les choses"—happenstance does great things. True, but we still have a role to play in encountering these moments, because we must provoke coincidence for them to emerge. Had I been looking down at my phone, reading my emails or scrolling my Instagram to check the "likes," I could have easily missed the choir. It is because my head was up, at that moment, that I saw the small crowd. What could appear as me having my head in the clouds was in fact an open door to let something interesting present itself before me.

All too often, we want to separate rêverie from productivity, but rêverie can be a great source of inspiration. Come to think of it, I've always been a great fan of randomness. About two years ago, I set out to purchase a radio—that's right, not a box that looks like a radio which is actually a speaker for music stored in your phone. A basic, AM/FM radio. In every store I went into, the sales clerk would look at me with a disapproving grimace. "What for?" they'd say. "Just get Spotify and you'll have all the music you like."

The same applies to creativity in some essence. If I had to draw a graphic of the source of creativity, it would look like a circle with a lot of rays around it. Each ray represents something that one comes across in their life, that somehow makes a mark—an art exhibit, a childhood toy, a favorite pastry, shocking news, trauma, death, nature, a particularly attractive Italian pop star, a grandmother's story, and so on. Each day, this sun-like shape gets furnished with more experiences. The more we encounter unknown experiences, the richer this pool of references becomes.

In application, it looks a bit like this: I am currently working on a maternity underwear brand identity project with my team at the agency, and I can clearly see the various influences that come into play in my design—my own pregnancy and postpartum experience, of course, but also my favorite Japanese candy packaging and a fascination for perfectly shaped cursive type, the kind we try to mimic when learning how to write in elementary school (all of which, thankfully, fit within the purpose of the brief).

The downside of algorithms is that instead of widening our knowledge, they tend to narrow it, by serving up what we are familiar with. As useful as technology is, being bombarded with so much information and solicitation places us in a passive position, half sarcastic, half envious, and pretty soon—worst of all—indifferent.

That is why we should never stop being curious, particularly of things or people we don't naturally lean towards. Meeting the unknown will inevitably expand our horizons, our pool of culture. We are empowered by the encounters we make, and by extension, this helps us to stay fresh, creative and constantly renewed.

Although I can admit that I love Pinterest, I still believe that it is not where we find the insight. The insight is right there, in real life.

So go ahead, take a walk in the park, watch that squirrel rummage through the garbage, observe the way people walk, imagine what's on their mind, what they do for a living, if they have a special talent. And now, with summer around the corner and the restrictions being lifted, why not talk to a stranger? You will learn something. Guaranteed.

Oh and for goodness sake, put that phone down for a minute. Well, that is, when you're done reading this, of course. 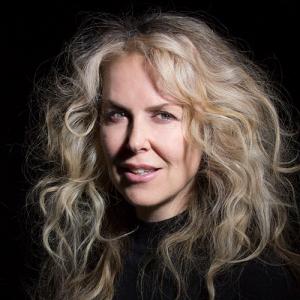