The One Big Mistake Brands Make in Understanding Culture

How to engage in a more authentic way

When brands utilize culture, it can be a great way to connect with a certain audience, build credibility, and even achieve viral fame. However, when executed poorly, it can also lead to appropriation and sometimes even feel like pandering. So, how can brands avoid this trap?

Outside of hiring diverse candidates, the real key is that they need to expand their view of culture. Most brands simplify culture down to TikTok challenges, trending topics, and memes. But they really need to dig deeper into sociology (not Twitter) to better understand culture.

The truth about culture

The big mistake many brands make in their advertising is that they jump right to engaging only with material culture. They seek a culturally relevant celebrity partnership, use a specific genre of music in their track, or take a creative approach to a treasured holiday. The problem with this strategy is that material culture tells you what's important to the audience, but not why it's important. Using material culture without considering the history of the community makes the brand more likely to unconsciously appropriate and even exploit that culture.

For example, let's say Brand X is a popular fitness company looking to make a statement during LGBTQ+ Pride Month. To do so, they've decided to take elements of ballroom culture and use them in a campaign. Reaching just for that community's material culture, Brand X decides to feature the stars of RuPaul's Drag Race as influencers for their brand. Then, to create more "edge," they showcase voguing on their social channels and call it #themodelingchallenge. Within hours they are called out by consumers for pandering or appropriating elements of ballroom culture just to sell memberships. But worse than offending their audience, they have no idea where they went wrong—meaning they're likely to do it again.

The keys to connecting with culture

So how can Brand X create a more distinctive and sensitive campaign? Let's look at four major elements of nonmaterial culture in the queer ballroom community that they could focus on: language, customs, values and behaviors.

• Language: Houses, legendary, queen, balls, walk, realness and passing.
• Customs: Preparing to walk a category (shopping, getting outfit together), trophies, battles, practicing with your house, judging, walking, voguing, self-expression and house music.
• Values: Family, community, creativity and teamwork.
• Behaviors: Sticking up for one another, competing into the late-night hours.

By learning more about the customs of ballroom culture, and specifically battles between houses, Brand X can see that people who compete in these categories are vigorous, physical athletes. So instead of partnering with RuPaul's Drag Race, they could film a commercial featuring actual members of these houses dancing in their product. By celebrating the strength and flexibility of these fit and flexible dancers, they encourage customers to "become legendary" (using some of the culture's own language) in their own right.

See the difference? Nonmaterial culture gives meaning to the material culture. It's not just dancing, it's an opportunity for this community to express themselves. By understanding their language, the brand knows what to say and how to frame it. By learning more about the language used in that world, they are then able to safely use it in context.

When brands take the time to study nonmaterial culture and truly understand the language, customs, values, beliefs and behaviors of a community of people, they can better understand why they create the art, music, food, entertainment and fashion that they do. By using this knowledge to inform their campaign, they can make a more meaningful and substantial impact and create authentic success with this culture. 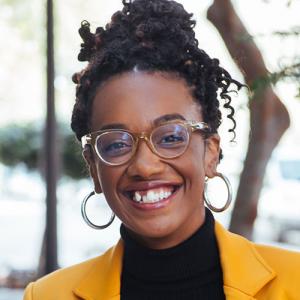