Nothing Makes Me Jealous Anymore. That's a Problem

Where's the work we all wish we made?

Remember that commercial where there are people running on the beach and the Chariots of Fire theme song is playing, and then a subtle parking meter passes near frame, then a park bench in the background, then a taxi drives through the surf, then a huge bus wipes the frame to reveal a guy running in the city in Nike shoes so light it feels like he's running barefoot?

How about the car commercial where there are no cars, but people acting as though they were in cars ... people backing out of their garages and getting stuck in traffic, then a voiceover explaining that when Saturn designs cars, they don't see sheet metal, they see the people who will be driving the cars?

Of course you do, because that was the type of ad that made us all stop and say, "Damn, I wish I had done that."

People in advertising, when was the last time you said, "Damn, I wish I had done that?"

For me, it's been too long. And that, in a nutshell, is all that is wrong with advertising right now: Nothing makes me jealous anymore.

We go into this business because we all have a bit of an ego and we want to do work that makes people take notice and say, "Who did that?" It's what drives us. I can't tell you how many late nights in my career have been fueled by the knowledge that the other team has a great idea that made me jealous, or the damn simplicity of the Apple iPod silhouette, or the brilliance of Jeff Kling's writing for Miller High Life. My best work springs from jealousy, not inspiration. (As I write it, that's a bit of a sad truth, but it is the truth.)

I recently heard Lee Clow speak. He talked about what it was like to be in advertising during the creative revolution in the '60s and '70s and how exhilarating it was to see his colleagues and competitors pushing the edges of what was possible. Waking up every day to create the next gold standard. He described a business landscape that was ripe for disruption and innovation.

I think the same thing is happening right now. Advertising has become so fractured, it barely resembles the business I started in. And because of that, we're creating fewer big ideas that play across mass mediums and more small ideas that serve niche mediums.

And that is wrong.

There are a few campaigns recently that have done it for me. Old Spice has done it. I think KFC is doing it right now. But those are the only two that are top of mind for me at the moment (kudos, Wieden + Kennedy). Those campaigns make me jealous. They are media agnostic and play as well on a big screen as they do on an Instagram post (and they have fundamentally transformed those businesses).

But those types of campaigns are few and far between. We need more boundary-breaking big ideas that allow us all to come to work inspired to create the next big thing that will make everyone around us blind with jealousy. It sounds vain, but this business thrives on vanity. It's the fuel that moves us forward. So let's embrace it.

The challenge to everyone is to go be famous. Be the next Clow or Bernbach. Get books written about how you broke through an era of stagnant creativity to birth a new creative revolution. Be remembered. Have work mentioned alongside "1984" and "Think Different" and "Subservient Chicken" and "Get a Mac" and "This Is SportsCenter."

Remember that Spike Jonze Ikea "Lamp" ad where the lamp is personified and ... scratch that ... remember that piece of work you're about to create? The one you're working on right now, where you're going to create an idea that is bigger than a medium? The one that is going to stretch the boundaries of what you thought we, as ad agencies, were capable of? 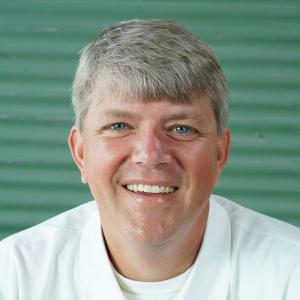