Instead of interrupting entertainment, why not entertain?

There's been no shortage of conversations around what shows we've been watching over the past year. From Tiger King to Schitt's Creek to The Queen's Gambit to a resurgence of viewership for the Golden Girls, entertainment content has been a saving grace for many of us. That said, there has been—and will continue to be—a shortage of fresh scripted shows, at least in the near term.

In 2020, for the first time in a decade, there were fewer new scripted shows released than in the previous year. Even Netflix had fewer American scripted shows in the second half of last year.

The financial strains at both traditional networks and producers such as Netflix could make the future of scripted content even more precarious.

A golden moment for branded entertainment.

Yes, branded entertainment has been a growing "buzzword" in the industry over the past few years. Yet while multiple studies have shown branded content outperforms display on both brand recall and purchase consideration, and outperforms regular ads by over 20 points on brand recall, many marketers have dismissed it as a "luxury," "soft" or "non-essential," especially in light of the pandemic's effect.

This is a moment to reconsider that perspective.

Now is the time to reimagine what the $66.8 billion investment that brands made with networks last year could yield. What if, rather than simply buying ads on network programming, brands actually financed quality programming that delivered real value to their audience—not just told them about your product—AND strengthened affinity and consideration for your brand or product at the same time? All the while giving networks an easier path to new content as well.

What if, rather than paying to interrupt people's entertainment, those dollars were used to actually entertain? What if brands developed the content and networks paid brands to distribute it?

A full-scale overhaul of the model may be a stretch in the short term, but the opportunity for brands to lean into entertainment, place themselves at the center of pop culture, deliver value and not just messages, and make marketing truly shareable is immediate and real.

Find a story that people, and your brand, care about.

Success won't come from looking for a story about your brand and thinking about how to make that entertaining. Study culture, study people, look for signals about what your audience is drawn towards, then determine if/how your brand could connect to it. Does it reflect your reason for being? Your values?

The Lego Movie is far and away the most killer example of this. And while Harold & Kumar Go to White Castle wasn't funded by that brand, it's spot on for the type of story the brand could have told. Consider the truth that many single people have struggled during the last year, and after a year of being alone, meeting new people seems even more daunting. There's likely a scripted comedy or black comedy about venturing back out. (Match, Tinder, heck, even Applebee's—any of you listening?)

Find a partner who shares your vision.

An idea—or show or film—is only good if people see it. So the distribution of branded entertainment is just as critical as the content itself: Cue the role of networks (or other publishers, for that matter). Nielsen has seen that marketers who distributed their branded content in partnership with a publisher saw a higher brand lift—50 percent higher, on average—than those who published content on their own.

This isn't just about "pitching an idea" to everybody and seeing who bites. Be thoughtful about partners that share your audience and ethos. Starting a conversation with the right partners is key to making a non-traditional deal like this work. Visit Seattle saw shared interest from Revolt when they launched Sounds by the Sound, a five-season, 40-episode TV show. Visit Seattle wanted to broaden the perspective around Seattle's music scene; Revolt wanted to celebrate emerging talent—particularly hip-hop talent, which was a growing genre in Seattle. The end product: Revolt got strong programming (financed by a brand). Visit Seattle got a weekly 30-minute time slot (and all the re-airs) for people to spend with their brand. The show drove ratings and engagement. Win. Win.

Shift your view of success.

Changing the perspective of the investment serves up a new perspective on how success is defined as well. Consider this: The average cost of a :30 broadcast spot last year was $115,000. That's $3,800 per second brands are willing to spend in the hopes that people don't skip right over their ads. What if people would spend 10 uninterrupted minutes with your brand? What is that worth?

Focus on the entertainment metrics. The more people view, the more engaged they are. The more engaged, the more it stirs conversation and becomes the answer to "What are you watching?" If you drive those metrics, the business metrics will follow.

Working with partners as "co-producers" rather than just media companies makes investments feel bigger. No longer are you just paying to "air content," you're both vested in its success, leading to additional exposure.

Forrester said branded content "bridges the gap between digital media's reach and TV's emotive power." It's an opportunity to shape and share your brand's story. It's an opportunity to engage people in why you do what you do, not solely show them what you offer. Engagement comes from emotion and connection. Entertainment can deliver both.

Branded entertainment isn't designed to ring the register tomorrow, but it does make the path to a sale easier. It builds familiarity and recall. It strengthens affinity and loyalty. It builds FANS. And fans are committed and vocal advocates. That can't be undervalued.

So brands, are you ready to entertain us? 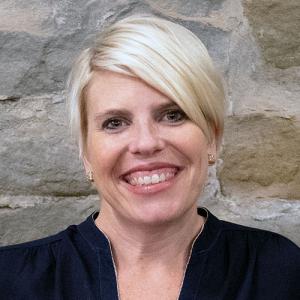 Britt Fero
Britt Fero is principal and founder at PB& in Seattle.
More from Britt Fero