New Buzzwords for a Better 2021

3 suggestions to focus our creative work

If you name a thing, it takes on a life of its own. From cottagecore to humblebragging, mansplaining to microaggressions, once a new phenomenon has been pinned down with an appropriate name, it becomes something whose meaning can be shared, played with and discussed. And nowhere is this more true than in marketing. "Engagement," "brand purpose" and "UGC" became the monsters they did in part because they had names, in a way that generic "good, interesting marketing" did not.

Names affect the way we see things (the fancy way of saying this is "nominative determinism"). "Content marketing" sounds nice, "brand spam" less so. "YouTubers" sound so much less obnoxious than "influencers," despite being basically the same thing.

So, at the intersection of naked self-interest and accurate observation, I'd like to propose nice names for three things we should be talking about more in marketing this year.

If you ask marketers today about their most admired brands, many are going to name Tesla, Burger King or Oatly. All of these brands have a really strong, unified vision and sense of self. You know who they are and what they stand for. And I think that's because all of them have a brandrunner. I'm defining a brand-runner as an accountable leader who makes the creative decisions for the brand, borrowing from the role of the "showrunner" in TV.

For those who don't know, TV shows used to have writers, producers and directors. Now they have showrunners, and I think we can all agree TV shows are a lot better today than they were in the '90s. The showrunner is ultimately responsible for the creative vision of the show (but not necessarily the finances), and brings in directors as required—so The Mandalorian has one showrunner, but each episode has a different director.

The problem in marketing today is that although the number of people involved in the process has ballooned, leadership is less clear. Creative directors at agencies have seen their roles diminish with project working, but clients have in general not become more creative to step into the gap. So brands are being steered and imagined by people who lack imagination. Like Hollywood producers.

I think if we were clear at all times who the "brandrunner" is, like Fernando Machado is at BK, or John Schoolcraft at Oatly, or Elon Musk at Tesla, then more brands would be as powerful as those. The brandrunner could be at the agency, or they could be at the client, but everybody should know who they are, and tuck in behind their vision.

This next buzzword is obviously self-interested, as it's an argument for the primacy of Singapore, by someone who lives and works in Singapore, but it is no less true for it. I've spent most of the last decade working on global business. And 95 percent of the time that meant clients and agency staff based in the West, making work for the West and then "adapting" it for the rest of the world.

Like many of you, I watch the Super Bowl ads religiously every year. But what I increasingly notice about them is that they don't feel global at all, but very specific and local. Celebrating athletes the rest of us don't recognize, addressing a political divide the rest of us don't feel, the U.S. is not the default for the rest, if it ever was. It's an outlier.

But in the decade of unconscious bias training and checking privilege, and also of a truly multipolar world whose center of gravity is no longer in the USA, this really cannot wash any more. It's time for brands to embrace what I'm calling truebalism, which is global thinking that doesn't assume the West is the norm from which to adapt, but rather centers itself at the intersection of both Western and Asian culture. And where better to headquarter this than in Singapore, the only country that is truly influenced equally by both cultures? A place that is increasingly a thought leader for both East and West. (And where the agencies are increasingly demonstrating their ability to run global campaigns.)

For my final buzzword, I'd like to look to the past. When I was growing up, one of my favorite things in my parents' house was a poster for Colman's mustard showing an ostrich swallowing the iconic rectangular tin. And like many people, I have a great affection for a nice old pub, decorated with vintage ads for beer, cigarettes and whisky. From Pear's soap to Martini, Coke and Guinness, advertising from the first half of the 20th century often has a timeless appeal.

None of this advertising conveys a purpose or an insight; much of it lacks even a benefit. What it does have in spades is beauty. Not a word we use much in marketing. Which is odd because we profess to care a lot about emotion, and beauty stirs the emotions like little else. We say we want to create desire, and nothing creates desire the way beauty does. We say we want to be at home on digital platforms, and nothing stops doomscrolling thumbs faster than an arresting image.

When I was starting out in advertising, I remember being taught a maxim—that great advertising was either funny, beautiful or true. In 2021, huge amounts of energy and technology are being poured into the enterprise of trying to find truths, as targeted and individual as possible. Agencies spend a lot of time (often fruitlessly) trying to convince clients to be funny. But perhaps the middle ground where we could meet is beauty? Beauty romances the product, as well as building a consistent and recognizable aesthetic for the brand.

There is an unwelcome obsession today with trying to make marketing societally significant. But I can't help but feel this is far more about the egos of the people making it than it is about the needs of the people being forced to consume it. Perhaps the best thing we could do for society is to make our output a bit more pleasant to look at, as we force it down everyone's throats at every opportunity. And indeed, this might be an approach that could achieve true globalism (as the fashion industry demonstrates) far better than focusing on societal issues and micro insights that often fail to translate across cultures.

Therefore, I hope that this is the year we see the rise of the brandrunner producing campaigns with truebal appeal because they prioritize beauty over more self-indulgent and faddish strategies. It's going to be a tough year, which is exactly why we need to focus on what truly works. 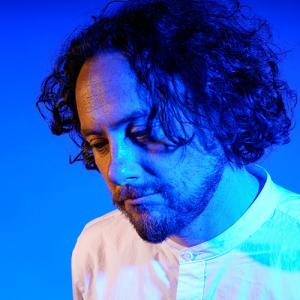