Humans aren't as rational as you think

At the start of this futuristic sounding decade, the 2020s, we're already being inundated with countless articles contemplating the trends that will transform how we market to consumers. These commentaries typically focus on the ever-changing media landscape, including new forms of technology destined to reach consumers even more immediately than we do now.

And while modern technology will continue to alter the means by which we reach consumers, my concern is that we often don't focus on a more modern understanding of consumer motivations. Unfortunately, the vast majority of C-suite business leaders continue to cling to the notion that consumers are mostly rational beings—believing that buying decisions are based more on reason than emotion. More logic and less gut. More need and less want.

But this is truly antiquated thinking. Significant research covering the landscape of how our brains work reveals that we humans are primarily motivated by impulses and stimuli that we're not even largely aware of. Facts and rationale are not necessarily what drive our purchase decisions—or frankly, decisions in general.

You might think, "Well, that's not a big deal. CEOs and CFOs aren't all that involved in creating brand messaging." However, the danger with a misguided understanding of consumer motivations is that it leads to the belief that investing in communications and advertising is not all that critical to growing a business. Many CEOs even view brand building as a fluffy extravagance, attended to only when sales are strong. (A CEO of a now-defunct sporting goods retailer once noted in a meeting that, "We're facing major headwinds now. We can't afford brand building.") And even when these leaders finally do feel compelled to advertise, they think the most effective way to convince consumers to buy is to simply fill them with as many facts, details and rationale as possible.

You might be shaking your head thinking, yeah, those people don't get it.

It's easy to point fingers. But it's also possible to get caught up—if not fooled by—our own personal sense of rationality. Accepting that we're not always completely in control of our impulses and motivations is a hard pill to swallow. But clinging to this misunderstanding—or lack of acceptance of this reality—can lead to the kind of marketing behavior I've just described.

In an effort to challenge this misguided sense of rationality—and reboot marketers' understanding of consumer motivations—my agency, Young & Laramore, created and hosted a new event at the end of last year. "Unreasonable: A Modern Look at Consumer Motivations" served as a clarion call to marketers that consumers (aka, people) aren't necessarily ruled by facts and rationality. An abundance of research suggests we largely behave "unreasonably," and that we're often completely unaware of what happens in our subconscious—or, as some have asserted, our preconscious. This one-day event featured nine experts in neuroscience, behavioral economics and marketing who shared their research on everything from decision fatigue to humor.

Marketers from a wide variety of companies attended the event, including consumer package goods purveyors like P&G, Kellogg's and ConAgra, as well as durables like Delta Faucet, Trane and Carrier. We even had the communications team from Cummins, the world's largest engine company.

While there were countless takeaways from the event, here are three simple ones that can alter your approach to marketing:

1. Pay much more attention to what consumers actually do, not what they say. Unfortunately, people can't—and in most cases, won't—articulate why they do what they do.

2. Facts don't necessarily convince people. Instead, how a message is presented can be more impactful than a reasoned argument.

3. While consumers might tell us (see point No. 1) they want more and more choices, an abundance of choice can actually create decision fatigue, and often, inaction.

The post-event feedback was telling, as attendees noted that they wished their bosses could attend this kind of event. The vast majority wanted their CMOs to come, and a third thought their CEOs would benefit as well. Based on this response, we've begun planning our second annual "Unreasonable" event for this November and hope to expand our audience to those at the C-level to begin to make a dent in this misperception of consumer rationality.

Sure, old habits are hard to break. But as we look ahead into this new decade, let's reasonably commit to not only staying abreast of the most modern technologies to reach our consumers, but also to continue to evolve our understanding of why consumers do what they do, which might not be so reasonable. 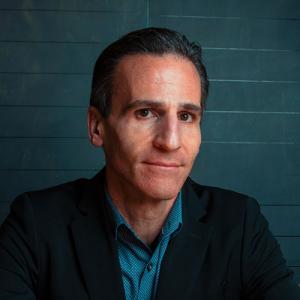