The Mommy Problem: Navigating Leadership as a Woman

5 tips for reaching a good equilibrium

Recently I was binge watching The West Wing. (I missed it the first time around.) There was an episode where the character Josh Lyman said something that stuck with me. "When voters want a national Daddy, someone to be tough and strong and defend the country, they vote Republican. When they want a Mommy to give them jobs, healthcare ... they vote Democrat." The name of the episode is "The Mommy Problem." It not only resonates in politics, it resonates in all leadership. The same statement could be applied to the expected role of a male boss versus a female boss.

Historically, female bosses would get relegated into one of two broad categories: the Bitch or the Mommy. The Bitch is self-serving, overly critical and unfair if not cruel. The Mommy is all about giving, nurturing and putting all others before self. (I do think we're starting to move past this slowly. But we're not quite there yet.)

Personally, I hate stereotypes. Mainly because they are bullshit, but also because believing in stereotypes stunts evolution of thought. In order to destroy these, we have to understand where they come from.

Women index higher in emotional intelligence than men. Probably because being relegated to the sidelines in support roles for so many generations makes you good at listening. (Silver lining.) Women are consciously or subconsciously expected to be sympathetic, thoughtful, overtly supportive and selfless. When women buck this conception (the Mommy role), they very quickly can get recast into the Bitch category.

I read this sad reality recently in an online research journal. "The subjects reported that criticism by a woman led to a larger reduction in job satisfaction than criticism by a man. Employees were also doubly disinterested in working for the company in the future if they had been criticized by a female boss."

This study is from FOUR MONTHS AGO.

This same study also showed that women are expected to give more praise—twice as much as male counterparts. But how can you be the boss if you aren't allowed to give critical feedback or make unpopular decisions? That's easy. You can't.

Well, this sucks, now what? You're a woman who beat the odds and made it to the C-suite only to be faced with inherent gender bias not only from men but women too? It can feel like a no-win scenario. I've certainly been there. I have always been tough, but I also believe in lifting people up and focusing on their success and the success of the business. Problem is, there are going to be times when you can't give equal weight to each individual and the business. Plus, you're not perfect, you're human.

Ironically, women are more democratic in their leadership style. They canvas other managers and employees for their thoughts and solutions. They are less hierarchical and more team oriented. In theory, this should mean women play in a healthy middle ground of being open minded and able to lead. However, perception hasn't caught up to reality yet.

The challenges are real, but there are ways to be empathetic and thoughtful about your employees and responsible for a successful business. It takes practice and learning from mistakes to reach a good equilibrium. Here are some of the things I've picked up along the way.

Set clear expectations, in writing. Conversations are great, but the written word carries a longer memory—one that is shared. If you have a review, make sure it's documented. If you have a conversation where you are laying out steps to a raise/promotion or are being critical of an employee's performance, write it out, as well as any current or future consequences if the employee doesn't improve. (With timeframes.) Make sure the expectations are mutually understood, and then let the agreement be the guiding framework.

Give praise and criticism in equal measure.

In the early days, I had a tendency to overdo it on the praise. And why not? Praise is great when it's deserved. But so is critical feedback. I ran into significant pushback from some employees when I was critical. People naturally can think, "Wait, she thinks I'm amazing and I believe it, too. Why is she changing her tune all of a sudden?" One thing I've found success in is adopting a coach philosophy when it comes to positive or negative feedback—both are intended to make you a better player, not to punish or criticize. You can only get better if you're learning how to improve, not just receive praise for what you are doing right. Don't let one outweigh the other. Try for balance as best you can. Share mutual expectations.

Transparency. To a point.

It's not a democracy. There's a reason you're in charge. Of course, I'm not saying don't listen to people and be a dictator or authoritarian. I don't believe that. However, you likely know more about the holistic nature of the business than anyone. If people don't have context for the decisions you're making, they will create their own—for better or worse. So be mindful of what to be transparent about and call out if a situation is fluid. Be honest about what you know, what you don't know, and what you can and can't elaborate on. This is an area I have found super tricky to navigate. So bosslady beware, it may take time to hone this one.

Everyone is an adult, no matter the gender identity.

Younger generations are much less tied to gender roles (yay!). So don't have an expectation that someone's gender is going to determine how they behave or how they approach a situation. Everyone comes from a place of their own experience and it's best to meet them there.

Recognize you can't win them all.

Just as in politics, we're better when we can find shared ground. Most of the time, you'll find a way to make it work. But not always. Don't punish yourself for every mistake, but learn from it. Set a predetermined amount of time (again, timeframe) that you will ruminate on it and decide other ways to manage a similar situation in the future. It may mean going back to step one, or it may simply mean the outcome was beyond your control. (Which does happen, by the way.)

Another profound takeaway, and this is a good one to end on: "For women in or on the cusp of the C-suite, an ability to deftly navigate business culture by adopting a fluid leadership style contributes to long-term success."

That's a helluva a superpower, bossladies. Flexibility, clarity and learning your own best practices are important to successful leadership. But first and foremost, listen to that inner voice. That's the horse that got you here. 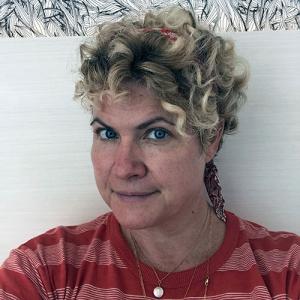