Listening to the Grownups: A Career in Advertising Comes Full Circle

Passing along the ultimate gift of knowledge

I started as an art director/designer back when agencies were first buying Macs to bring typesetting in-house. Being a bit of a computer nerd, I had a huge advantage—right place at the right time. Soon after, AOL and CD-ROMs became media. Having learned to code in college, I quickly applied my design skills to these new mediums to create advertising. In 1993, I was the kid who knew more about technology than anyone in the agency.

But I was an outsider to the ad business. I needed to learn how advertising and marketing really worked. I learned early on to pay attention when the grownups were talking.

The greatest gift of my career was access to people willing to share their knowledge. At The Richards Group, Stan Richards would happily explain how the business functioned, and why he was so damn obsessed with our timesheets. And don't even get me started on his design knowledge.

I helped launch one of the first digital agencies in NYC, Blue Marble, which was part of N.W. Ayer, the oldest ad agency in the U.S. at the time. Their relationship with AT&T began when Alexander Graham Bell gave them the account. I worked with so many account directors and creative directors with 20-plus years on Procter & Gamble. That old-school marketing knowledge helped us win digital business from Microsoft, P&G and Pantone.

As a young kid with a career taking off, I often had the delusion I was the smartest person in the room. That was until my first day at Wieden + Kennedy. I still believe it was the greatest collection of ad talent in one place at one time. Dan and Dave were incredibly welcoming and open to this weird tech-focused art director who wanted to learn everything he could about how great advertising was made. I didn't truly appreciate Bernbach's legacy until I heard Dave talk about him. Dave even put his name last on the door because Bill's was.

It was like graduate school of advertising. I learned planning, brand positioning and storytelling, as well as a masterclass in craft. The seemingly esoteric knowledge of my liberal arts degree came into focus, helping me understand stories and how humans react to them. The powerful technology I loved so dearly became mere tools when it came to the more powerful world of human emotions.

Award shows hadn't yet created categories for the things we were doing. But in the first year of The One Show Interactive, we won gold. The second year, five Pencils came our way for Nike, Microsoft, ESPN and Calvin Klein. It was also the first time I truly understood that "we" won the awards. Sure, an idea might have started in my head, but so many incredibly talented people would jump in to make it better than I could have ever imagined.

Over time, recruiters began calling, people started throwing money at me, and I mistakenly left to pursue financial ambitions. Over the years, my titles went from GCD to ECD to CCO. I spent more time with departmental budgets, staffing and HR issues than I did actually making work. And at some point, was forced to accept that I'd become the grownup, talking to creatives 20 years younger. It was my turn to pass on knowledge and teach them everything I knew.

But even as I got older, I still made sure to pay attention when the grownups were talking. Hearing Keith Reinhard talk about his time with Bernbach, and the history of McDonald's, and Frank Palmer's hilarious stories about Canadian advertising history.

In the last decade, my favorite part of the job wasn't the actual work. It was doing whatever I could to teach and inspire young creatives. A young writer I hired out of school was taking a big swing at long-copy, so I showed her Janet Champ's "Marilyn" and "If You Let Me Play." It not only gave her inspiration, but a new idol. Later, we talked about Helayne Spivak becoming a CCO and Mary Wells becoming CEO. I showed a young art director the J&B billboards from the late '80s. He was trying something similar in a social post—stories by art direction. The comedy of Cliff Freeman to another. The earnest humility of Hal Riney. The disruptive insanity of George Lois. It was so much more than just great ads and craft. We broke down the strategies. The brand positioning. The role of the consumer in the brand.

My teams, armed with the experience of the past and the tools of the day, did big things. Lions and Effies for Twitter campaigns. Clios for mobile promotions. Got their work into CommArts so they could send copies to their parents.

So, I'm actually proud to be someone who "harkens back to the '80s." Or Bernbach's '60s. Hell, I'll even harken back to early 1900s when Lord & Thomas effectively invented orange juice. That knowledge is the value that people with experience bring to the table.

But because there's no box on a spreadsheet for it, I was one of many let go for being "too expensive" for my agency's "changing business needs." And as we saw play out in the press, it was made clear that experience is no longer viewed as an asset, but as a cost. Unless that changes, I doubt I'll ever work at an agency again.

I now often find myself in competition for projects with the very agencies who used to eagerly compete to hire me. They claim access to every tool under the sun, but without the experience of knowing how to make people pay attention and care, I like my odds. 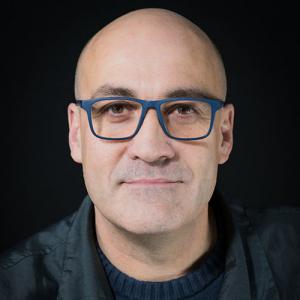 Kevin Drew Davis
Throughout his 30-year career in advertising, Kevin Drew Davis worked for some of the best agencies in the world, including Wieden + Kennedy, DDB, The Richards Group and GSD&M. He and his teams have created award-winning work for McDonald's, Nike, Calvin Klein, Netflix, Microsoft, eBay, Miller Beer and many others. He now works as a creative consultant to brands.
More from Kevin Drew Davis