Lessons From the Time I Threw Up on My Client

Getting beyond the shield that divides us

True story. I once actually threw up on a client. And it was the best thing to happen to me in my 40 years of advertising.

I'll tell you what happened in a minute. But before I do, here's a thought to keep in mind about how agencies and clients work together that is germane to this tale.

A business, especially one with a creative component, can be very emotionally driven. After all, it's what agencies sell as a product—passion, emotion, excitement, momentum and energy. I've always believed that to protect our emotions we develop a protective shield, with clients and creatives on either side and account people in the middle. I've always hated it but could never break the shield.

So, here's what happened.

Our agency has had some large and important clients, but one client in particular tended to be considerably more difficult than others. She could be extremely blunt, and trying to keep her happy sometimes seemed impossible. To be fair, she'd probably been treated poorly by previous agencies, and as a result, she protected herself with the shield I previously described.

This client and I were scouting locations for a TV spot we were making for her. While walking around the location (ironically enough, it was a hospital), I suffered a very strange and, at the time, inexplicable breakdown. I suddenly started walking like a drunken sailor, and I don't drink.

Since I am over 50 and a little overweight, I immediately started thinking the worst. Stroke? Heart attack? I had no idea, but I knew immediately that something was radically wrong.

There I was, wobbling around the hallway with my blunt client, when she looked at me, saw my condition, and asked if I was OK. I wasn't, but I said I was. She could tell I was lying, so she led me to a seat, found a wheelchair and pushed me to the emergency room—the very ER I had just been scouting.

And that's when it happened. I wretched. And I never throw up. But man, oh man, 60 years of holding back came up and out. Right there, all over my client. Kill me now. I figured even if I lived through this, this account was long gone.

But I was wrong. Because what happened next was an incredible example of a magical time when the shield went down. In fact, it shattered.

Seconds after I puked, my blunt, sometimes irascible client was there for me and kept me safe. She quickly got hold of the right people. And a bag. I was so embarrassed that I couldn't think straight. But I was so clearly sick that any petty concerns flew out the window, along with the protective shields we all carried. It was just her and me there in the ER, with people thinking this old, fat white guy was dying. Thank God she was there and adopted a no-nonsense attitude about taking care of me.

Sally, the blunt client, is now a dear friend. She and I laugh together. Our teams laugh when the hospital story comes up in meetings, which it does regularly. With the shield that once divided client and agency gone, we are a crew of different people all rowing our boat together in the same direction. And the work is better because we—all of us—work and appreciate each other as a team.

Oh, right. What happened to me that day at the hospital? Well, after consultation with various department heads and taking every test on the planet, it was determined I had suffered a severe case of vertigo. They thought it was caused by a nose spray I was taking for a cold. Go figure.

But here's the kicker. Six months after the hospital incident, I got a call form Sally. She told me she had recently suffered a bad case of … wait for it … vertigo. You can't make this stuff up. However, unlike me, she had the good taste to get sick at home.

Talk about being on the same page. 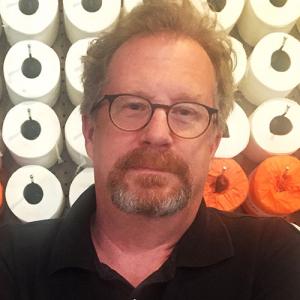