Lessons Learned From the Feminist Frontlines

There are so few 'success' stories of women leaders. Let's change that

I'm a born and bred campaigner for social justice. I can't help it. I grew up with Gloria Steinem in my kitchen. Literally.

My mother, Anne D. Beyers, was one of those women who took the reins and got things done. An if-I-don't-do-it-nobody-will type who passed that simultaneous blessing and curse down to me. Which I in turn passed down to my kids. As a fierce 1970s feminist, she always had a bunch of fabulously outspoken women around our kitchen table. I spent the first decade of my life running from one ERA rally to the next with placards larger than me in tow. 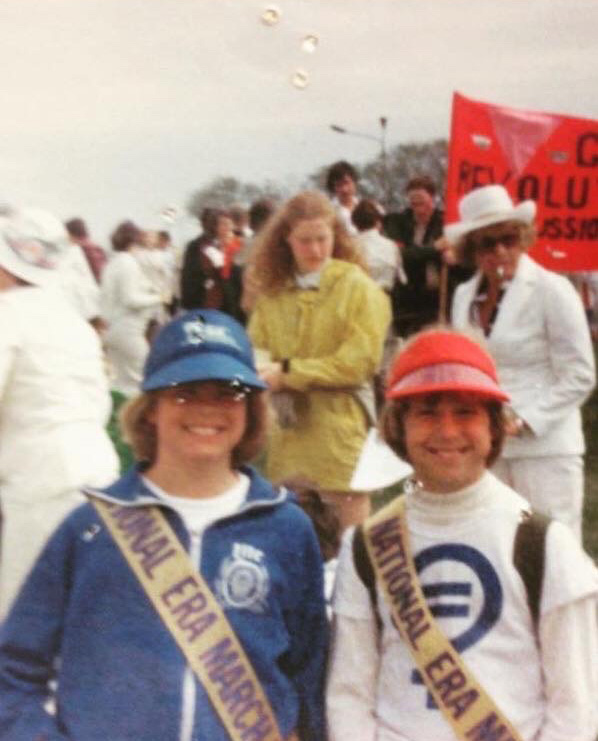 The author, at right

That's the Equal Rights Amendment, for those too young to remember, a proposed constitutional amendment guaranteeing equal rights to all Americans regardless of sex that, although first introduced to Congress in 1923, gained serious traction in the early '70s.

But I was blissfully unaware as a young girl that our rights didn't exist. I didn't know that it wasn't until 1974 that single, divorced or widowed American women no longer needed to haul a man with them to the bank to cosign credit applications—no matter how much money they made—thanks to the Equal Credit Opportunity Act passed that year.

I had no idea how far behind the 8-ball we were. Which actually served me well in the workplace. Because of my upbringing, I simply didn't see gender. I don't bring it to the table, where I'm not intimated by either the men or other women gathered around it. But I'm in the minority, and we have to change that. There's room for all of us. But we must get out of our own way.

Because even as powerful and educated women in the 2020s, we think we're getting a seat at that table. But we're not. I applaud the RGBs and Kamala Harrises of this world, but there are so few of these "success" stories.

We women need to pull ourselves up, because we're not even close to being where we should be on the equality and representation ladder. Women rising to the top should not be "success" stories. It should be business as usual.

Well-behaved women rarely make history. Or inspire change. I'm from Wisconsin, my father is a military man, and I was not the debutante many in my family wished I would be. When I was in the 8th grade, a friend and I decided to put the Title IX federal civil rights law prohibiting sex-based discrimination in federally funded educational institutions to the test. We joined the football team. My grandma was distraught. "If you want to be with boys so bad," she counselled me, "become a prostitute."

That may have been from another time and place. But there are still corporations out there today that don't support DEI and social justice. Just as consumers are increasingly putting their money where their values are and don't support businesses that don't support them, we agency people have to choose clients whose purpose is aligned with ours. That's not always easy.

Dare to dream that one day making the world better will be a leading KPI.

I try to lead by example at home and at work. My best bosses never looked at gender. When they saw outcomes, they let me rise. I want to pay it forward, which often means encouraging my team members to switch lanes to follow their desires. It's important to prop up juniors before they're stuck for life.

The key lessons I learned from the fierce women around my mother's kitchen table include:

I'm ready to make new placards and take to the streets to march for change. I'll definitely need allies, as it always takes a village to drive change.

Tags
One & All
Musings 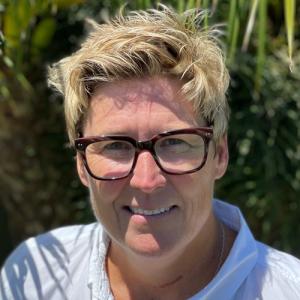