Is It Time for Your Brand to Return to Its Roots?

Three questions to ask before bringing your audience down memory lane

Kodak brought back its Peter J. Oestreich-designed logo in 2016 after a 10-year hiatus.

For many companies, successful rebrands are all about paring back and returning to their roots—Burger King, Kodak, ABC and Campbell's all embraced nostalgia over the last two years, and successfully brought their customers along on the journey.

But there's more to it than just tugging at nostalgic heart strings.

An authentic return to your brand roots is about recovering the genuine story at the heart of your brand, and drawing it out to re-establish real connections with your core audience.

As these brands have demonstrated, returning to your roots doesn't merely mean leaning on heritage and tradition, or harkening back to a rose-tinted past. It means rigorously and strategically drilling down into what makes that brand brilliant—why it exists, what makes it so loved, and how it can reconnect meaningfully with people now.

Ultimately, a brand going back to its roots is about finding its essence—and shaving off the clutter that's accumulated around it over the years.

Every brand's approach to rediscovering its roots will be—and should be—a wholly unique process, but there are several questions every brand needs to ask itself when undertaking a journey back to its core essence.

Where's the gap between then and now?

Bringing your brand back to its roots isn't about going retro for the sake of it. It's about pinpointing the moment at which your brand has been most connected to its customers, and using that as a jumping off point for reconnection now.

In the past couple of years, we've seen broadcast brands reinvigorate their histories through their visual identities—ABC's refreshed logo harks back to the original Paul Rand design, while CBS paired a refreshed version of its classic eye logo with a sonic signature inspired by audio that goes back to CBS's foundation. Both of these choices connect the channels back to their legacy, reminding people of the broadcasters' longstanding role in their lives, at a time when the evolution of streaming platforms and user-generated content is calling the future of broadcast into question.

When Kodak launched a blast-from-the-past rebrand in 2016, the analog photography company leaned into the fact that its nostalgic aesthetic was what people had loved best for decades, and that element had never been more relevant than a moment where '80s and '90s nostalgia was on the rise. By partnering with fashion brands for Kodak streetwear and producing the limited-edition art and photography journal Kodachrome Magazine, Kodak closed the circle on what its brand has always represented, and how customers valued that offering in the present.

Are you being authentic or appropriative?

Be mindful that when you're looking to connect your brand back to a specific time and place, that your creative and message are authentic—not appropriative.

Part of the problem here was that the brand sought to go back to roots it didn't have—as a new brand being launched by a white influencer in the U.S. with no real connection, the campaign attempted borrowed imagery and cues that didn't speak to its reality. 818 wasn't going back to its roots, it was attempting to capitalize on the legacy of Mexican tequila for aesthetic purposes. Jenner has since repositioned the brand, focusing on the ways the distillery can give back to the community in which it is based, rather than mine that community for authentic cues that don't really tell the brand's modern startup story.

On the flipside, the recent redesign of Cazadores tequila successfully taps into a culture in which Cazadores has long played a part. Launched in 1922, Cazadores quickly became a Mexican favorite—its accessible price points ensured it was a ubiquitous drink throughout the country, ultimately elevating it to a staple. The brand underwent a redesign in 2014 which ultimately didn't connect to customers, and in 2022, made the decision to pursue a fresh redesign which would return the brand to its roots as one of the most popular tequilas in Mexico as well as capture the imagination of younger Mexican Americans.

The 2022 version reconnected with the spirit of the iconic original, effectively celebrating and nodding to the brand's legacy, while incorporating fresh color and design cues that are authentic to the Mexican imaginary that the brand lost touch with. One important change from the 2014 bottle to the 2022 is the presentation of the stag—a timeless symbol for Cazadores. The 2014 bottle showed the stag's head, almost like a mantle trophy, while the 2022 design brings the stag's full body to the pack—an important shift when you consider the spiritual significance of the stag in originary Mexican culture, specifically for the Huichol people. The new design infuses a renewed respect for the brand's cultural roots.

Ultimately, the key difference between these brands is that Cazadores is picking up on a conversation it's always been part of, as opposed to 818, which originally sought to muscle its way into a conversation without understanding the context—not all tequilas can claim Mexican authenticity, as not all whiskies can claim credible Scotch roots.

Are you getting the details right?

Details matter, especially when what you're aiming for is to reconnect your customers to a specific moment in the history of your brand, or its wider context. CBS's use of archival audio and Cazadores' stag both offer insight into crucial roles details can play in helping a brand connect to customers through shared roots.

But the details aren't always obvious—that insight about the significance of stags doesn't just come from a research trip to Mexico, it comes from a willingness to dive deep below the surface of the elements at play. 818's tone-deaf campaign comes from a laziness—instead of actively seeking to engage with the culture authentically, the campaign merely recreated an aesthetic vision of Mexican culture for a model photoshoot.

As a semiotician, much of my work involves diving below that surface—understanding the symbolic significance of the details. This work is crucial when you're attempting to connect your brand to its roots, because celebrating your legacy isn't about cosplaying a different place and time, it's about understanding exactly what made your brand special in that place and time, and creating a channel between then and now.

So, if you're considering returning your brand to its roots, be prepared to do more than just reverting to a past logo—it takes deep understanding of the context where your brand lives, its story and your customer, as well as willingness to look for new routes back to your roots in order to reconnect with your brand authentically is. 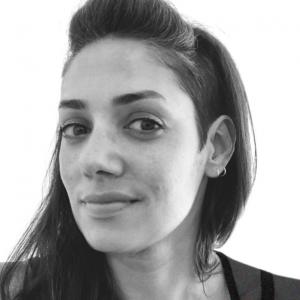 Malex Salamanques
Malex Salamanques is director at global cultural and creative consultancy Space Doctors, part of InSites Consulting. A British-Venezuelan designer, semiotician and strategist who has practiced and taught design for over 20 years, Malex centers her work at the intersection of semiotics and cultural insight, design and speculative futures, helping international organizations across a wide range of sectors—from luxury skin care to FMCG—become more impactful, meaningful and relevant by connecting them more deeply with culture.
More from Malex Salamanques