Ideas Never Die: 3 Ways of Giving Them a Second Life

Don't get mad about a killed concept—get creative

I recently spent a lot of time working on a project. It was the kind of idea that needed collaboration among many outside partners to make it successful, so over the course of a few days I invested about 30 hours of my time into it. I was feeling pretty good that things were going to happen for this idea—all the pieces were coming into place, and all the work was paying off.

Then I got a call from one of my collaborators.

"The more we work on this idea, the more questions we have. We just don't think it's something we can do."

"I am so sorry, Aaron," my contact said. "It must be really hard to see an idea you've been working so hard on get killed like this."

Of course, I was exaggerating. Well, a little. The per-day number may be lower, but let's face it: Those of us in the idea business know all too well that having an idea that gets implemented—particularly an idea that gets implemented in the way you originally dreamed it up—is a rarity in this business. I used to tell my students at Virginia Commonwealth University that 99 percent of the work you do will never see the light of day. And that can be incredibly frustrating.

But here's my take: An idea is never truly dead if you, the idea maker, refuse to let it die.

I have found there are three ways you can keep those tiny sparks of ideas alive, even in the face of certain death:

1) Let the death of your idea piss you off enough to make something better.

There is no idea that can't be made better. And there is no idea that is the only answer. Those are two of the most important things for any idea person to remember. I have worked with an awful lot of creatives over the years who, when faced with a client who kills their idea, crumble into a pile of despair and anger. They will spend the majority of their time post-idea-murder complaining. Frustration is a natural and authentic emotion, but channeling it into something positive is the difference between a good creative and a great one.

My longtime creative partner, Frank Gilliam, is one of the finest examples of this I know. I have watched for over 20 years as Frank has created some amazing work, then watched it die a fiery death at the hands of a client, and responded by channeling his frustration into making something new that actually turned out to be better. While creative people don't always like to admit it, sometimes having our ideas killed allows us to find an even better answer. And that bit of idea magic can happen only if we give ourselves the chance to move forward and try again—instead of chaining ourselves to the old idea. The quicker you can move into the "acceptance" phase of idea-death grief, the better.

2) Save the idea for later.

If you do not have one already, you should start a "killed ideas" file. Mine is physical—a now-tattered manila folder I've had for a little over a decade. Yours can be digital. It doesn't matter the format—it just matters that you make one. Whenever you have an idea you really liked that died, put it in the folder.

I have been amazed over the years at just how many ideas I have had the opportunity to bring back from the dead. Usually they don't get lifted 100 percent as is, but when you find yourself working on a different banking client six years from now and you think, "Oh, remember that idea I had for so-and-so that got killed?" you will be glad you saved that idea. Never feel guilty about using killed ideas to inform new work. Remember, as Bill and Ted recently said: "It's not really stealing if you steal it from yourself."

If you have an idea you love—one you think can really make a difference for someone—and you feel like it can't wait for years buried away waiting for its chance to return to the land of the living, give it away.

There is no greater gift than an idea. I am known for thinking up ideas for businesses and then giving them to people I think could do something with them. Is the idea always executed exactly as it was imagined? Nope. Does that matter? Nah. Why? Because a working, living idea is better than a dead idea. Period. 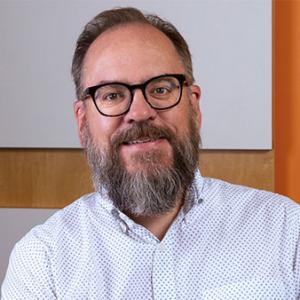