6 lessons from the Vogue editor's approach

At one point in my life, I can't remember exactly when, I made the reckless move of pausing on a MasterClass banner ad. I may now have to join the witness protection program to escape them. Kudos to whomever buys their programmatic. You, sir or madam, should be teaching a MasterClass.

A few weeks ago, one such ad for a class on Creative Leadership taught by Anna Wintour began chasing me around the internet. As the head of a creative department, it seemed too intriguing to pass up, 300 times.

At first, the idea of Anna Wintour teaching a leadership skills class might seem a bit like Vin Diesel teaching driver's ed. Theirs is a style that does not work for everyone. After all, there are support groups for people who have worked for her. Her employees call her Nuclear Wintour.

However, Ms. Wintour is a strong, successful, powerful creative force who's been at the top of her game for decades. So, I suspected there was something to learn from this class.

For the most part, I was correct.

Many of the tips in this 12-part series are pretty common knowledge to people working in the creative field, or at least they should be. But seeing this advice through a lens that is uniquely Anna adds a certain weight and a texture of validity to it. She is clearly a woman who walks the walk. Allow her to show us the way.

Here are some things I found relevant:

On feedback, make it fast and make it direct.

Her version of direct might be a little much for most people, but for a creative director the underlying advice is paramount. When people leave your creative review, they want to know two things: 1) where they stand on a piece of work, and 2) what to do next. Don't be vague.

It's important that you don't build a reputation for indecision, or wavering on your opinion. Often a bad decision is better than no decision. Ms. Wintour states, "Even if you are unsure of yourself, pretend you are sure because it makes it clearer for everyone else."

In advertising in particular, ideas are subjected to a lot of opinions and a labyrinth of "no's." As a creative leader, you need to give people the freedom to explore. Foster an environment where people are encouraged to break the rules or obey them in ways that no one has ever thought of before.

Listen, but lead with a POV.

Trust you vision and your instincts. There will be those who disagree with you. Try to understand their point—really listen. But never agree just to be nice.

Go with the "wrong" solution.

It's usually the idea everyone shudders at that's the most interesting. Go with the choice that makes you feel something. And sometimes that something is uncomfortable. Have you seen the Met Gala?

You are nothing without your team.

Give your teams room to grow. Don't micromanage. Be sure to always give the credit. And always accept all the blame.

This one's probably more specific to Anna's style. It's basically her saying, "If you come into my office, get to your point and then get out." Something I'm sure she doesn't have to remind people of.

Overall, the most valuable thing a leader can learn from Anna Wintour is that people want to work for people who make them better.

Sometimes that means it's going to get uncomfortable. As a leader you are going to have to push people. You never want to be the kind of boss over whom people win Oscars for portraying your cruelty. But especially for new creative leaders, don't be afraid to be direct and to make people work harder.

I believe you can still do this with benevolence. The key is respect. Make it about the work and the common goal of getting to better. People will welcome the push if they understand why.

It wasn't Anna Wintour who said it, but I think she'd agree: Allowing someone to be mediocre is the cruelest form of kind.

Now, somebody get me my f*cking coffee. 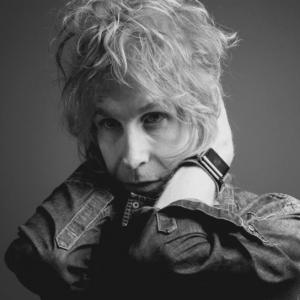