What some see as weakness is actually a major strength

When a company is doing well, we look to define its key values. We tend to list ambition, risk, courage, solidarity or conquest. Of course, all these values are important, but there's one that often gets left out: humility.

Now, I'm not talking about "feigned" humility, what we refer to as false modesty. I'm talking about true, wholesome, sincere humility. This is a rather rare value, especially in our business. Indeed, humility is often synonymized with weakness, when, in fact, it's more indicative of a healthy balance.

Humility is about understanding that we need a balanced response in everything we do. Just because we win two or three pitches in a row, that doesn't mean we've transfigured into gods of victory! Similarly, if we lose two or three pitches in a row, we shouldn't be cast off as losers, relegated to the annals of history! That's why we must always stay humble, especially when we meet with victory. Humility is what allows us to start fresh on every pitch, energetic, committed and fueled by a desire to win.

It's this sense of humility that enables us to stay in touch with reality, and which keeps us grounded. It improves our comportment with our employees, as well as our relationships with clients and suppliers. It helps us maintain a balance between the emotional and the rational. It's the crucial attribute in cultivating creation and the rationality most conducive to analysis. Humility makes it possible to keep a certain distance from our work, not to mention work better.

Rome understood this 2,000 years ago. Whenever a heroic Roman general returned home from a conquest, leading his victorious legions to a ceremony of triumph, he always kept a slave at his side, holding a laurel wreath above his head. Throughout the parade, with all of Rome at his feet, the emperor would have the slave repeatedly whisper into his ear: "Hominem te esse memento," or "Remember that you are mortal." It was a way of reminding him that, despite today's resounding success, tomorrow is another day. In keeping him grounded, this phrase stopped him from descending into arrogance, triumphalism and high-handedness.

All those who know victory know that, one day, they will also know defeat. That's just a fact of life, and one we must accept. So, temper that ego, and don't think of yourself as better than others. Most importantly, when you win, keep a cool head and a humble mindset in order to be with the best of the best. 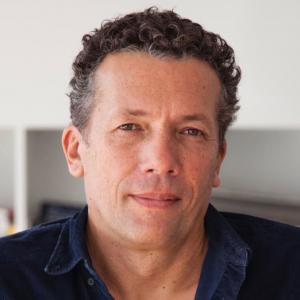