How Samoa Invented Time Travel. And Made Me a Proud Foreigner

Leaning to love the creativity of my ancestry

Let's turn back the hands of time.

When I was young, I was ashamed of being me. To be more precise, I was ashamed of my ancestry. I was born in 1986 in Germany, the son of a German father and a Samoan mother, which was not the coolest thing that could happen. Growing up in Frankfurt in the '90s, the kids artificially divided themselves into Germans and strangers—and somehow my Polynesian skin color weighed more than my Rammstein-ish German name.

Growing up in a midkey racist environment was tough, and instead of pulling myself together, I felt bad. I still feel bad, when I think about how my mum must have felt back then.

It took me about 20 years to embrace my Samoan ancestry. Today—I'm 32 now—I'm proud to carry this very special cultural mixture in my veins. I guess that's called growing up. And one of the things that really make me proud is Samoa's unconventional, free-thinking mentality. The ability to come up with unspoiled ideas and simply realize them, defying any naysayers, bias and opposition.

In 2009, the government changed the driving orientation for motorists. Samoans now drive on the left side of the road, like most other Commonwealth countries. It's the wrong side, if you ask me, but hey—this brought Samoa into line with many other countries in the region. Well, I must add that 170,000 expatriate Samoans live in Australia and New Zealand, and it's cheaper to import cars from there than from right-side-driving countries such as the U.S.

So Samoa just switched sides. Simple as that.

You might say, "OK, is that it?" No, it's not. I promised you some time travel, so here's your time travel.

On Dec. 29, 2011, all my relatives in Samoa leaped into the future. Yep, they jumped forward 24 hours, omitting Dec. 30 from the local calendar entirely, when the nation moved to the west of the international dateline. Actually, they put an extra kink in that line, so they could be on the same weekday as Australia, New Zealand and eastern Asia. Before this change, Samoa was 21 hours behind Sydney, but the change means it is now three hours ahead.

What a badass Phileas Fogg move, isn't it? The only bad news is: They didn't skip a Monday but a Friday (insert eye-roll emoji).

That's how Samoa invented time travel. By changing the unchangeable.

Just imagine a client from an island state of 200,000 inhabitants approaching you like: "Our main business partners are from New Zealand and Australia, and we're losing out on two working days a week because of time zones and stuff. Do you have an idea how to make our partnerships more efficient?"

And now imagine a creative in your agency coming up with this answer: "We're gonna change time zones."

For me, this would be a Grand Clio. I'm proud of you, Samoa. Honestly proud. 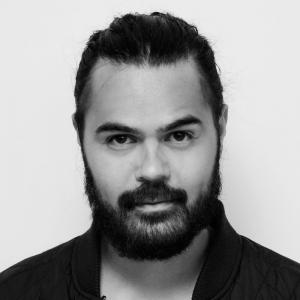