How to Really Be an Ally to Women at Work

It's about paying attention and taking real action

The pace of progress in the advancement of women at work has been painfully slow. And now it looks like the hard-fought progress we've made is rolling back, with the news that women are more likely than ever to quit leadership roles, according to a new McKinsey report.

Because of the systematic inequality at work, the economic gender gap is not expected to close until the year 2288. Workplaces are designed by men for men, so the idea of work being a meritocracy is, unfortunately, a myth.

Yet there is widespread denial that this inequality exists. While researching workplace inequality, women's rights activist and author Michelle P. King revealed that, when she asked leaders to identify the barriers women encounter trying to advance, male leaders tended to argue that workplaces are meritocracies in which women are treated equally.

How can we fix a problem that many of those in power don't believe exists? What makes matters worse is that men often believe themselves to be allies to women without doing any of the work required to earn that title.

Indeed, according to a recent survey, men are significantly more likely than women to believe that they and other male workers practice allyship at all levels of leadership.

Yet fake or performative allyship—whereby men avoid appearing to be sexist, often out of self-interest so they won't be marginalized or reprimanded, or solely because they feel protective toward one particular female colleague—is not true allyship. In fact, it can set advancement back even further because it serves to reinforce the status quo.

Allyship goes far beyond avoiding sexist remarks, too. To be a genuine ally, you must educate yourself on gender inequalities, empathize with what women have encountered, acknowledge there is a problem, and do everything in your power to fix it.

To this end, remember that overall actions speak louder than words. And always have front-of-mind the fact that, right now, men have the power. They have the seat at the table. They make the lion's share of the decisions.

I challenge men, the next time they have to make a decision about who to hire; who to assign the next high-profile project to; who to present at the next meeting; who to promote; who to compliment in the next all-hands meeting; and who to give the raise to—to make it a woman. Heck, even pick two of those.

Don't just be concerned about the women you know personally—regarding yourself as an ally simply because of protective feelings toward one or two women in your life misses the broader point: the need for systemic change. For instance, on International Women's Day, many men make speeches and they often start with a story about their mother, wife or daughter. Yet very often, what women need most is support at work. When you've actively hired, supported and promoted women, you can use real data in your next speech. I want to hear about the woman running your department and how much it's benefitted the company.

In this way, authentic male allyship is about paying attention. It's not enough to claim to support gender inclusion and equity but then to overlook or to fail to see discrimination day-to-day. Notional support combined with a lack of awareness can in fact do more harm than good, further masking ongoing issues and challenges.

So observe and listen carefully and with humility. Consider workplace behaviors and dynamics, invest time in educating yourself as to how best to support your female colleagues, and do your homework. Meanwhile, be mindful of nonverbal language or cues, too. Read the room, assess who looks comfortable and who appears uncomfortable, call out biased language or misogyny. Ensure that everyone feels included, and that input from all has been solicited. And don't assume. Ask women about their experiences.

Men still make up most of the top table and are therefore in a position of power when it comes to bringing about change. It's important to acknowledge that true empathy takes work. Self-congratulatory, shallow or shortsighted initiatives can further undermine marginalized groups.

Truly inclusive leaders recognize that diversity, equity and inclusion involves ongoing work, work that must be sustained over time, and that we all have work to do to support marginalized groups. Allyship involves action. Don't simply display your ally badge and assume the work is done. 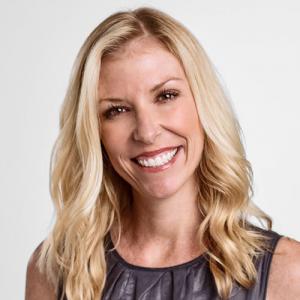