Five things I learned from talking to dads

I wrote an article around Mother's Day about how motherhood impacts women in the workplace. I know how much it changed me, personally. I learned how to be a more understanding boss, how to give up any idea of having control, and how to sift through the noise to figure out what's really important.

I wanted to ask similar questions of fathers, to find out whether having a child can make men better leaders.

Turns out it does, which may have even surprised the fathers themselves. In recent research done as a collaboration between Berlin Cameron and The Female Quotient, only 31 percent of men, before having kids, felt parenthood would help them be a better leader. But once the little ones arrived, a whopping 79 percent of fathers surveyed thought being a parent makes them better leaders. The main areas in which fathers believed they improved at work include (in order): asking for help, making time to connect, deciding what is important or not, being respectful of other people's time, and multitasking. They also reported being more empathetic, flexible and responsive.

I decided to dig a little deeper. I wanted to hear firsthand from some fathers on how parenthood has changed them, and what advice they would have for other soon-to-be dads or men who are thinking about having children. Surprisingly, not all of them thought about how fatherhood would affect their careers before having children, but each admitted that it did afterwards. Here's what I discovered:

"Every interaction—whether it was a client or a prospect or employee—made me stop and consider what might be going on in their lives before I passed judgment," says Ian Sohn, president of Wunderman Chicago and a single father of two, whose open memo on LinkedIn about having a personal life outside of work went viral. "We all have lives, and even though they're our 'personal' lives, they impact the way we behave at work, our motivations and our goals. I became a better client counselor, a better boss and better employee by thinking about what's going on inside this person."

Kids teach patience, which is absolutely valuable on the job.

I know firsthand that one of the hardest things about having kids is giving up control—you don't have a choice. A higher level of patience comes naturally. "I'm not a yeller, but I'm not patient. Fatherhood has helped me to chill out and look at what's important in the grand scheme of things," says Alan Van Capelle, father of two and president and CEO at Educational Alliance. "As a parent I get things wrong all the time, and it's a humbling experience every day. I'm more human in everything I do."

All of the fathers voiced that having clearly defined priorities makes the balancing act of fatherhood and career more manageable. "You have a voice, and you have to use it; it doesn't make you weak. Make sure the people you work with and work for know where your head is at," Sohn says. "Set your boundaries early, and enforce them often. Define your rules of engagement—within reason, of course."

Most said they didn't necessarily reset their goals, but rather outlined new boundaries so they could make both areas of their lives work smarter, not harder.

Parenthood helps you to tailor your management style to see the individual.

"Holding everyone to the same standard is an old management mythology," says former Fox executive and Six Pack Media founder and president Bruce Lefkowitz, a father of quadruplets and a set of twins. "I treat every one of my kids differently, because they have different needs and experiences and interactions. You can't treat them all the same because they're different human beings, just like your employees Bob and Mary are two totally different people."

Matt Morningstar, executive director and counsel at Morgan Stanley and a father of two, adds: "My empathy quotient is way up, but it's also about knowing when to push people. Sometimes kids need a push and a little tough love, and so do people at work. I'm better at delivering that message in a way that people will hear it."

If you're in the trenches, remember that it's doable.

While parenthood (or the thought of juggling both kids and a job, if you're in the planning phase) can feel completely overwhelming, take a step back. As long as you're meeting your goals, you're going to be fine and you do have the agency to create the life you want.

"It sounds so cliché but just do it," says Nate Richardson, co-founder of TradeIt and a single father of two. "Don't labor over things. Don't sit there and over-analyze whether it's good to have kids, or if you should reschedule a meeting because you have a parent-teacher conference. The only ones who are going to make you feel bad about those decisions have other things going on. If your performance is there, don't worry about the peanut gallery."

Having worked with and interviewed female founders for years, one thing I was surprised by in my conversations was how my male interviewees came right out and said they were great leaders/bosses before they had kids, without an ounce of doubt, hesitation or waffling (which I find happens when I interview women who are at the top of their game). So what I'm taking away from this article is not only that I'm glad parenthood has a similar impact on men as it does on women, but that we as women (whether moms or not) should take a page out of their book and own our skills and talents without doubting or apologizing. Only then will the playing field be more level. 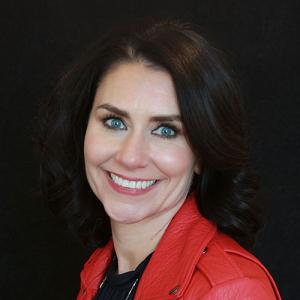