The corporatization of Pride has left many LBGTQ+ people feeling commodified and disenfranchised. However, as Pride continues to invite larger audiences and thus demands immense financial support, envisioning a Pride free of brand sponsorship becomes increasingly difficult. Because we know brands must continue to sponsor Pride, here is a tactical way they can approach Pride with intentionality and integrity.

In 2014, when same-sex marriage had not yet been legalized, wearing the "Legalize Gay" shirts from American Apparel was a bold act of defiance and courage. That was also our first year in college, and sporting these shirts around campus marked the first step in redefining ourselves.

Back then, American Apparel was one of the only mass-market retailers to distribute evergreen products in support of the LGBTQ+ community and build a brand around acceptance. In fact, American Apparel was such an anomaly in its support of LGBTQ+ people that we distinctly recall the anxiety of publicly purchasing items in-store that revealed our Queerness. With such few brands rallying around LGBTQ+ lives and identities, even the simplest of messaging made us feel seen and heard.

The legalization of marriage equality begat a series of changes in the ways brands were starting to interact with LGBTQ+ people. A 2015 Nielsen report released after the Supreme Court ruling on gay marriage revealed that LGBTQ+ people were overindexing as consumers across multiple industries. We used to climb mountains to find queer visibility in the market, but suddenly, the LGBTQ+ consumers became a gold rush for brands to tap into.

Fast-forward to 2019, and every brand is in support of Pride. However, as the market becomes increasingly saturated with brands vying for LGBTQ+ consumers and with different iterations of "Love Is Love" that now feel like low-hanging fruit, Queer people no longer feel empowered but alienated and commodified.

With a political climate that floods us with reminders that progress is nowhere in sight, LGBTQ+ people want champions who make us feel seen and heard. "Love Wins" no longer represents the values of defiance and courage that Pride was once founded upon. For our community, operating within the realms of "Love Wins" actually takes away the spaces we need, and the messages we want to vocalize.

The ongoing systemic violence that LGBTQ+ people face is complex and multidimensional, yet the market is failing to capture these complexities. We're not saying American Apparel's "Legalize Gay" was a perfect campagin, but it began to push the needle in combating LGTBQ+ discrimination with a direct call to action. "Love Wins" does not hold the same impact, and brands should consider communicating messages like "Ask Me My Pronouns" or "Stop Trans Violence" to really even begin standing in solidarity with the LGBTQ+ community.

Some brands today are making strides to personify this complexity. Gillette's newest ad series, #MyBestSelf, brings visibility to black transgender people, a group often neglected, and homes in on the pivotal micro-moments of the trans experience.

We acknowledge that the lines between co-opting Pride and having a stake in our rights are blurred. And we know brands will continue to sponsor Pride because we understand that staying silent in today's market is the ultimate risk.

However, when concepting for the next Pride execution, brands need to ask themselves:

• What am I willing to risk for the LGBTQ+ community?
• Does our Pride campaign run the risk of alienating some consumers because it positions our longtime product in a new light?
• Will our LGBTQ+ consumers feel seen, heard and embraced?

Historically, Pride was our moment of defiance. Why not let brands treat it as theirs, too? 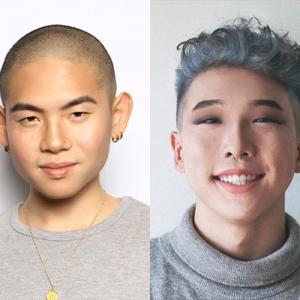