How Brands Can Take Action the Right Way

It starts by looking within

As the end of the year approaches and the industry reflects on those brand campaigns that stood out the most, I wanted to recognize some of the impactful work brands have been doing not just to engage consumers but to take action and take a stance on important issues.

As we've noticed in the past year, and even within award-winning campaigns such as LADbible and the Plastic Oceans Foundation's "Trash Isles," consumers are sending a very clear message to brands: "Take action, or else." In our highly polarized political climate, people want to engage with and invest in brands that matter—in companies that are actively taking a stand to make a difference.

To succeed in this new, highly action-oriented landscape, most companies have to rethink the ways in which they build their brands and engage with their consumers. It's no longer enough to penetrate a market, offer a solution and stand for a higher purpose; rather, brands must walk the talk. They must do, not just say. While owning a position is key to opening the door to connection with consumers, taking action is the ultimate demonstration of value and the most impactful way to penetrate individual minds and cultural conversations.

The first step to taking action is having a stance. A survey by Sprout Social confirmed that most consumers today want brands to weigh in on social and political issues. According to the study, two-thirds of consumers believe it is "somewhat important" or "very important" for brands to take a stance on social or political issues, with only 11 percent saying it is "not important." Interestingly, consumers don't just want brands to take a stance—they want CEOs to step up as well, indicating the desire for action across the spectrum of a business.

While the digital revolution has unleashed a world of possibility for brands and marketers that want to mobilize around causes, the way in which action is taken is proving to be of paramount importance. Consumers today are savvier than ever, and action that feels forced, off-brand, disrespectful or lacking alignment with the core ethos or mission can be catastrophic. We'll never forget the infamous Pepsi ad with Kendall Jenner from last year that fell flat and ignited outrage when it seemed to trivialize and capitalize upon public protests. Undertaking any cause needs to be carefully examined from all angles.

So how can brands take action the right way?

Instead of looking outside for guidance and taking a reactive approach, brands must start looking within. There's a reason companies have the essential building blocks of brand identity, mission statements and core values. Aside from building strong cultures, these guiding principles should serve as internal compasses for brands on the brink of action or in the midst of a crisis.

Take the recent example of Starbucks and the public uproar over the arrest of two black men who were waiting for a friend at a Philadelphia location. Rather than issuing a reactive apology alone, Starbucks moved forward with a decision to close 8,000 locations in order to launch a training session to educate 175,000 employees about racial bias. Executive chairman Howard Schultz released a statement saying, "The company's founding values are based on humanity and inclusion. We will learn from our mistakes and reaffirm our commitment to creating a safe and welcoming environment for every customer."

Whether or not this training will be sufficient in eliminating any ingrained prejudices that these employees might harbor, the decision to close thousands of locations during business hours demonstrates a commitment to the issue and signals the seriousness of the training as being more critical than any losses in revenue. Further, the public statement adds that the training "will become part of the onboarding process for new partners," communicating the commitment to the cause in a long-term way. By turning inward and looking to the companies' own identity, Starbucks made a decision that was on brand, proactive and authentically aligned with the company's founding values.

Another great example of a brand looking inward to determine impactful action is The New York Times' decision to launch a new obituary series, "Overlooked," which highlights remarkable women throughout history whose deaths weren't noted by the paper at the time. By looking within its own history, the Times recognized that its obituary section had been largely dominated by white males since the mid-1800s.

The first set of "Overlooked" obituaries were rolled out on International Women's Day, with Times reporter Caitlin Dickerson commenting, "The New York Times is the paper of record—it always, to a certain extent, reflected the culture of the moment. When we talk about Ida B. Wells, for example, born in the 1860s, we're talking about a moment when we, as a general culture, didn't pay attention to African Americans, especially African American women."

By looking inward and re-examining its founding mission—to reflect the culture of the moment—the Times took the action that would align its brand even more deeply with its guiding principles. As a result, the launch of the "Overlooked" series felt authentic, proactive and admirable for its accountability.

While the digital age has fostered great opportunity for connection, it has also given rise to endless external social debate that can distract brands from their own internal compass. While it's important to listen to the world, it's equally important to listen in. By looking inward for guidance, brands can continuously leverage their own identity, mission statement and core values to determine the right action to take at the right time.

Companies that take independent, proactive decisions to create social value or positive change are communicating both a strong sense of self identity and an established moral compass—both qualities that consumers crave. As we move into an increasingly action-oriented future, we must continuously ask ourselves as brands and marketers, "How is my mission being realized in the world?" 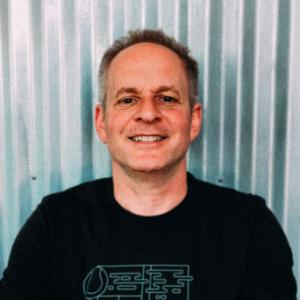