Lessons from football in business management

How do you spend your working day? What percentage is dedicated to answering pointless emails? How many hours are wasted attending superfluous meetings?

My best guess, based on Parkinson's Law and this Harvard Business Review insight, is that 40-60 percent of our workloads are useless. From the accountant who won't sign off without the right PDF, to the producer who texts to let you know they've emailed, we're drowning in unnecessary "business management."

Like railwaymen chained to the engine, we're continually feeding the beast with coal without any understanding of why we're doing it. And this coal is creating pollution—thick, choking pollution that's killing our businesses and people.

But the good news is that there's a way to dispel the pollution. It's called "Collective Creativity." And as a creative industry, we should be well placed to lead the charge. But first, let's look at football.

Footballers are the ultimate paragon of teamwork. They don't text to confirm they've received the ball. They don't ask permission to shoot if they've spotted an opportunity. They don't insist on focus group research to advise on defending the oncoming goal. They just get on with it. And what's more, they thoroughly relish getting on with it.

Some people may think footballers aren't the sharpest tools in the box. But Albert Camus claims he learned more by playing football than by going to university. And if money is a measure of success, who's the winner—the advertising CEO or the star striker?

But what can advertising learn from football teamwork? Well, footballers are driven by collective creative achievement. They ignore their pain and go beyond their frustration to achieve their collective goal. They don't need ugly bureaucracy to guide them. They simply rely on beautiful collective performance.

For advertising to follow this path of Collective Creativity, we need a middle-management cull and we need to reappraise the anachronistic working practices that were built for the Mad Men era.

This year's Nobel prizes in science came under fire for failing 21st century processes by rewarding the antiquated idea of the "lone genius" rather than honoring collaboration. With many agencies still pitting creatives against each other on briefs, the advertising industry is also guilty of prizing competitiveness over collaboration. If ever there were a definition of business waste, it's this.

We also need to look to how A.I. and bots can help combat the pollution. If that sounds futuristic, it isn't. Gmail can already answer all those pointless emails. In fact, technology can play a crucial role in fostering a culture of Collective Creativity. From Google Docs to Slack, we have an abundance of freely available tools designed all around collaboration.

With collaborative tools, Collective Creativity teams can achieve results 10 times faster and 10 times better. And they will organically auto-organize without any meddling from expensive but superfluous middle management. So we're not only looking at faster and better. We're also looking at cheaper. Added together, it makes compelling business sense.

When we do finally manage to get rid of the dead wood and pointless competition, the challenging working relationships that often hinder creativity and consume valuable time will also vanish. The new relationships that form in their place will become more enjoyable and social. So people will be even more willing to collaborate. Ta-dah: a virtuous circle.

But to really get the most out of Collective Creativity, advertising needs to become art or entertainment. Not only is this the most effective way to engage consumers, it's also the most effective way to engage a workforce. By collaborating on something that has genuine cultural value, rather than solely marketing value, the team is more likely to overdeliver thanks to the enjoyment and satisfaction that come with artistic endeavor.

We've long known that creativity is the key to innovation, which in turn is the key to longevity. And yet our creative industry isn't managed in a creative way. In fact, we might just be one of the biggest management polluters in the business world. But if we're brave enough to embrace Collective Creativity, we could start to breath easy once again and become a new beacon of efficient management style for other industries. 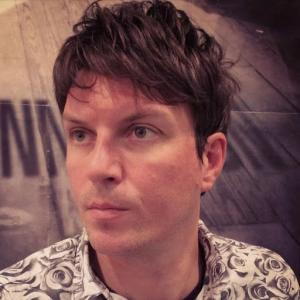 Gilles Boisselet
Gilles Boisselet is CSO and creative partner of UNIT9, a company that uses innovation and love to create boundary-breaking content for brands. A Frenchman living in L.A., Gilles is a multicultural, multi-talented thought leader with strong opinions on everything related to technology, art, creativity, marketing and business. With academic qualifications in pure mathematics, Gilles applies his unique brand of intelligence to all manner of innovation challenges, which explains how UNIT9 has managed to draw on mountains with Twitter-controlled robots, break Facebook Live with an interactive Games of Thrones experience and create an app to help parents communicate with incubated preemies.
More from Gilles Boisselet