How the 5 Unwavering Rules of Advertising Were Demolished

The staggering changes across a 40-year career

I landed my first ad agency job at DDB in the mid-1970s. It was Doyle Dane Bernbach back then, and all three principals were still alive and roaming the hallways. I went on to work at Y&R, Chiat/Day and McCann-Erickson before co-founding Copacino Fujikado in 1998. I retired in March of this year.

Early in my career, I was taught five unwavering rules of advertising. Over the last 40-plus years, I've seen each one upended by sweeping changes in our industry. Let's tour the ruins of these antiquated "truisms."

1) "I know half the money I spend on advertising is wasted, but i don't know which half."

This famous complaint, attributed to retail tycoon John Wannamaker, is probably a headscratcher for today's twentysomething marketers. Digital technology gives us the ability to pinpoint audiences and accurately track their responses to marketing messages at every step of the purchase funnel—in real time. Want to know which half of your budget is working? Just ask an algorithm.

2) "The answer is advertising. Now what is the queston?"

During the first half of my career, the power of mass media drove virtually all marketing decisions. Want more sales? Buy more media. But the proliferation of digital, social and streaming media has changed all that—enabling brands to have frequent and more intimate conversations with their audiences. The result? Deeper relationships with consumers that go beyond commercial transactions. Exhibit A: REI's "Opt Outside" message urging outdoor enthusiasts not to shop on Black Friday—further endearing the company to its millions of loyal customers.

3) "The audience wants to see an idealized image of itself in advertising."

Dozens of venerable retailers have filed for bankruptcy in the last year—J.C. Penney, Sears, Brooks Brothers, Barney's and J. Crew, to name a few. Many believe the pandemic is finishing what Amazon started: the death of brick-and-mortar retail. What's becoming clear, however, is that the future belongs to retailers that can combine the high-touch gratification of traditional retail with the convenience of online shopping. For instance, Warby Parker's smartphone app enables shoppers to virtually "try on" glasses at home, simulating an in-store experience. At the same time, the brand operates physical stores as an alternative to its e-commerce offering. Shoppers are coming to expect, and demand, this hybridization of traditional and e-commerce experiences from retailers.

Once upon a time, big agencies were vertically integrated, providing virtually every marketing function for their clients. However, as our industry became more digital and complex, national and global agencies lost that stranglehold on full-service relationships. Mega-brands today have no problem reaching out to talented specialists, no matter their size. Small firms with big ideas—even freelancers—are receiving plum assignments from Fortune 500 brands. This has changed and energized the marketing landscape, creating opportunities for small shops and independent contractors that were unimaginable in the past. This year's most popular Super Bowl commercial, featuring Bill Murray for Jeep, came from an agency with 30 employees.

It has been nearly 23 years since Betti Fujikado and I opened the doors of our agency—predating Facebook, Google, Twitter and the iPhone. The changes that have taken place in our industry during my career have been dizzying. Yet the industry, led by its young innovators, has succeeded through the years by reinventing and rewriting the old rules of advertising, creating an environment wherein scrappy, nimble and opportunistic agencies can not only survive, but thrive.

Keep tearing down those statues, kids! 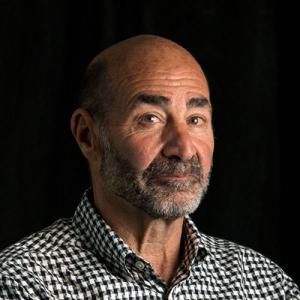 Jim Copacino
Jim Copacino is co-founder of Copacino Fujikado in Seattle. He was the agency's chief creative officer for 22 years, before retiring in March.
More from Jim Copacino