The powerful applications of AR Cloud and 5G

Anyone who still thinks the Pokemon Go craze from 2016 is the height of augmented reality content is about to have their mind blown in 2020, thanks in large part to the emergence of two technologies—the AR Cloud and 5G networks. Those two elements together mean a whole new type of AR, far more intelligent, immersive and useful than current AR.

With AR Cloud enabling something we at Nexus call "Enhanced Locations," a new kind of reality is starting to appear directly on top of the world we live in. Far more than just a semi-intelligent sticker that sits on top of a surface (old AR), this new AR understands the real-world location you are in with a high degree of accuracy. We can guide you to a doorway with centimeter precision. We know when you are looking at a specific building, not just a generic GPS location. Think of this as a digital layer twinned perfectly with the real world you inhabit.

It's a magical layer that enables sleeping buildings to wake up, imaginary creatures to believably roam the streets and a myriad of alternate versions of reality to exist one upon another. More than stories, these are worlds we will be able to experience, intertwined with our own, and at any moment powered by new technologies and our imagination.

Imagine a giant hologram Beyoncé beckoning concert-goers at the Staples Center. Or Spiderman helping you find the next attraction at a theme park. Or playing a multi-user game across the architecture of Time Square. This next level of AR technology can enable these engaging and entertaining personal experiences.

5G is not critical to these experiences, but it is its rocket fuel. It makes possible the streaming of high-data experiences at venues with little latency to the experiences.

Thanks to emerging 5G networks and new VPS technologies like Scape and 6D.AI, alongside our own creative tool set we call Gilda, we can now accurately locate ourselves within the real world and create an accurate digital twin. The result is the ability, like never before, to bring to life engaging content and experiences in real-world locations.

Hyper-accurate realities that are location-specific will radically transform how AR is adopted and lead to higher engagement through the development of new experiences that are simply more useful. Creative storytellers will see how location-based AR has the power to transform public venues—concert/sports venues, museums, stores and malls, educational institutions all over the world—into a new canvas to work within. The technology will provide a new suite of utilities that provide the connective tissue between the real world and online.

Worldwide spending on AR is expected to reach $45.1 billion by 2022, according to ARtillery Intelligence. The same report notes acceleration in the AR market is also being boosted by brands' growing frustration over the limitations in traditional advertising. With the possibilities of AR, brands can unleash their creativity in a bid to capture the attention of consumers. Investment in AR by big tech has also steadily increased in the past few years. Facebook announced an update to its Spark AR platform at the F8 conference in May 2019, while Apple and SAP extended their partnership to focus on increasing augmented reality adoption among businesses.

However, the true power of AR won't be fully realized until brand managers, studio executives, marketing directors, and the creative community at large recognize the medium's power to entertain, engage and persuade. By harnessing those skills, we can elevate AR, and its presence in popular culture, beyond those who actually know who Pikachu is. 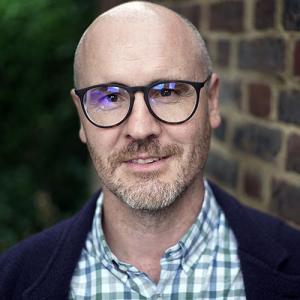