Have Brands Become the Most Powerful Agents of Social Change?

Strategies for leading with social conscience

Spotify | "I'm With the Banned"

We're in extraordinary times. Our political and social climate leaves consumers feeling confused, fed up, or fired up. As they become more socially conscious, they are increasingly looking to the brands they support to take a stand, join conversations and show support for hot-button issues.

In a panel at Advertising Week, I spoke alongside executives at Spotify, Viacom and HP about how leading brands can, and should, think about engaging directly with social movements. Here are the key takeaways from that conversation.

A New Model for Brand Leadership

We've seen a number of modern brands across all categories, from Nike to HP, evolving from traditional CSR to social-conscience leaders. Historically, corporations have more often followed the public's lead, waiting to see what is "safe" to say on an issue, or say nothing at all. In the fight for marriage equality, the national reckoning with climate change, and in the wake of each mass shooting, the public conscience led while the corporate conscience followed. But younger consumers see this pattern as fundamentally passive. They want brands to lead.

This evolution is tied to both an expanding view of who and what drives social change, as well as skepticism about its traditional vanguards. Some 51 percent of consumers now feel brands can do more than the government to solve social ills. What this means is that walled-off notions of corporate social responsibility are resonating less and less with the next generation. Today's leading brands are infused with societal purpose and are active catalysts of change.

Earlier this year, when news broke of families being separated at the Mexican border, leaders on the left and right spoke out, and a Quinnipiac poll showed two out of three Americans opposed the separation of families caught crossing illegally. Despite the deeply polarizing nature of immigration as a whole, scores of CEOs began to lend their voices to the rapidly growing dissent—Airbnb, Apple, Chobani, Facebook, Google, JPMorgan Chase, Lyft, Microsoft and Twitter among them. Many seized the opportunity to take a stand not just on family separation but U.S. immigration policy at large.

On the Advertising Week panel, Spotify talked about how they found a unique way to react to this issue with its "I'm With the Banned" campaign during President Trump's travel ban. For them, this was about showing solidarity with those affected, demonstrating their corporate values, and supporting their employees who were vocal and engaged.

The Business Case for Taking a Stand

Research has consistently demonstrated that, all else being equal, consumers will align with brands that share their values over brands that either hold contrary values or stay on the sidelines. Almost two-thirds of consumers would buy or boycott a product based on the brand's position on a social or political issue.

Millennials and Gen Z are increasingly civic-minded, socially conscious and engaged on issues like equity, equality and opportunity. They speak with their wallet, but also aren't afraid to share opinions vocally and socially. They are also more likely to participate in cause-related campaigns and to adopt products made by brands that are focused on cause marketing.

Viacom shared how it uses data and insights to identify the causes its consumers care about most, thereby laying the groundwork for speaking out on issues that matter to these consumers when they arise. Because of its corporate leadership and its connection to its consumers, Viacom decided to take a stand after the Parkland, Florida, shooting by going dark across its channels in solidarity with those affected by gun violence.

Consumers are not the only ones paying attention. The business case for taking a stand is also tightly linked to the race for talent. In Silicon Valley, for example, the way a company infuses social mission into its brand and culture has become a ubiquitous differentiator for recruiters. Indeed, 60 percent of job seekers choose companies to work for based on their purpose, while 75 percent of millennials would even be willing to take a pay cut to work for a socially responsible company.

Standing Up With Action

In this new paradigm, we're seeing a growing gap between brands that take a stand with words alone and brands that back up their words with action. Savvy consumers and engaged employees are quick to call out marketing gimmicks or hypocritical position-taking, seizing words to spotlight records of inaction.

Spotify, HP and Viacom all understand the importance and need for brands to take a stand, with each choosing a different but equally impactful approach. These three brands show there are a lot of ways to lead on social impact and the right way to take a stand is to get behind a cause that is authentic to a brand's values and relevant to its consumers.

Wading into these waters may seem daunting, but taking a proactive stance is ultimately a much smarter strategy than relying exclusively on reactive messaging. As you think about leading with social conscience, ask yourself the following questions:

• Which issues matter most to your employees and target consumers?
• What internal criteria will you use to determine whether your words and actions are an honest reflection of your unique position and values?
• How are you ensuring that you're actually moving the needle?

All of these avenues for engagement have a time and a place. The important question is: Which one is right for your brand? Because we know that doing nothing is no longer an option. 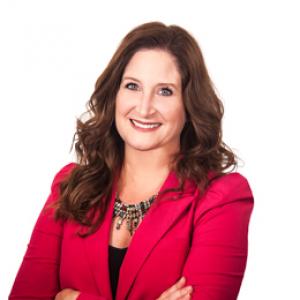