Trends for next year in social media and beyond

As we wrap up this year, it's time to pick up the crystal ball and look to 2023 and the potential changes in consumer and cultural behavior, social media platforms and what brands might have in store.

YouTube Shorts will take over as the primary platform for social media influencers. In 2022, Shorts hit over 30 billion views per day, began distributing $100 million from the the Shorts Fund, and announced a 45 percent rev-split with creators starting in 2023. On his Full Send Podcast, MrBeast (114 million YouTube subscribers) explained: "You're gonna be crazy to be a TikTok-first content creator."

TikTok is expanding from a social network to an e-commerce empire with trending products readily available, shipping from distribution centers. This will incentivize the platform to promote in-stock inventory on its algorithm. Creators that push available products may also see a boost in users' feeds.

Pinterest is rapidly evolving into a hub for video content and live e-commerce. The platform added an in-app video feed similar to TikTok and hosts Pinterest TV, a pre-approved set of live programming. Expect brands to partner with Pinfluencers, pitch content for the TV series and use short-form videos to promote paid integrations.

Elon Musk, the "chief Twit" at Twitter, has teased a "super update" to extend functionality and improve user experience. A complete rehaul of messaging, search optimization and peer-to-peer crypto donations is possible. Musk is also a proponent of free speech, so ousted content creators and their audiences may return.

The popularity of the "authentic" social media app hit 53 million installs in October. BeReal's next journey will focus on attracting brands and ad monetization. Users of the top charting social networking app should expect sponsored content in feed, paid subscriptions for extra features (like Snapchat+), and an influx of brands seeking to compete with early adopters like Chiptole and E.l.f. cosmetics for of Gen Z consumers. Brands will use their other platforms like Instagram and YouTube to draw attention to BeReal and provide freebies, discounts and exclusive offers for fans who join them.

Stars of the silver screen are using their influence to promote mobile games aligned with film franchises. Iconic actor Samuel L. Jackson reprised his role as Nick Fury to promote the Marvel Snap mobile game. The game surged to number two in the App Store's top charts for free games and number one in the Strategy category. In another example, Ben Stiller recently teamed up with LeBron James and John Travolta to promote the release of Sony's popular franchise God of War. As the gaming industry continues to grow, expect to see popular creators move towards promoting mobile entertainment activations.

Social media platforms are all starting to look alike and this trend seems to have no way of stopping. TikTok has long-form video and detailed descriptions like YouTube, YouTube has vertical short-form videos like TikTok, and the list goes on and on. Even newcomer BeReal has had its unique dual function camera feature implemented by Snapchat, Instagram and most notably TikTok, which even limits posting a photo to once per day. As Twitter owner Elon Musk prepares for his "super app" update, it's likely the platform will have all of these available and more.

Economic uncertainty will force second tier e-commerce social media platforms like TikTok, Snapchat and BeReal to provide advertising structures that optimize ad performance. TikTok is currently leading innovation with pay-if-you-engage ads, which charges marketers for advertisements if consumers watch six or more seconds of an ad. With the holiday season quickly approaching, it's likely that we will see other platforms adopt this option to draw in small and mid-sized businesses.

In addition to traditional advertisements like commercials and billboards, films and television shows will launch influencer marketing campaigns ahead of premiers. The trend #TopGunMode rocketed the '80s film reboot to prime discussion with a Gen Z audience that was highly unlikely to have seen its predecessor. Streaming platforms like #Netflix are already massively popular, so they have a massive opportunity to capitalize and create viral trends. 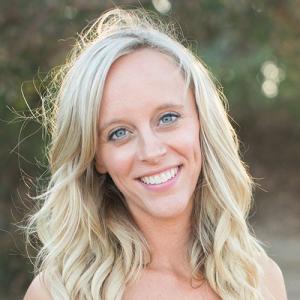