Looking at cultural identity through the lens of entertainment

Millennials, Gen X, Boomers, Gen Z. It's hard to talk about marketing today without running into one of these sweeping generalizations about hundreds of millions of people.

These broad descriptors have been helpful, to be sure, when they act as a shorthand for the types of targets that we in the media agency world want to direct our clients' dollars towards. But recently it feels like they have become a trap—these names that used to describe groups with distinct attitudes and passions have become synonymous with demographic targets. In fact, more often than not, some marketing and media folk mislabel millennials because they want them to fit into a convenient buying demo (18-34), which covers large chunks of both millennial and Gen Z cohorts. Smart marketers will look deeper to figure out what types of groups live within what I consider tribes.

Buried somewhere within those groups are hundreds of communities who are fiercely passionate about the entertainment they choose to consume, whether music, film, TV/video or games. Entertainment is a big part of how we perceive and define ourselves and engage with those around us. We don't just play video games, we're gamers. We plant our flag in the ground for Marvel or DC. And among younger people especially, we allow the music we love to influence how we dress, talk and maybe even think.

Don't believe me? Look at the new Star Wars movie as a pretty perfect distillation of what I'm talking about. Star Wars has reinvented itself again and again—but if I talk to you about the "Star Wars fan," you know exactly the type of person I mean. Star Wars is more than just a film, or for that matter, a TV show or a video game. It unites a tribe that has its own culture, connection and resonance. People want to be a part of a tribe, more than just being a passing fan or a fan-club member—they want to use entertainment to learn, be inspired and make meaningful connections.

So how do we harness this power? Here's my challenge to you: Let's transform the way we talk about our audiences—let's stop talking about targets and start talking about tribes. Instead of looking at data about age groups, let's look at data about passion areas and entertainment culture.

If you're game, here are three things to think about and act on.

We have to stop talking about broad exposure and start thinking about influence. In practice, this means we need to find the tastemakers and plan for propagation—which means getting really clear about identifying the tribes that represent a disproportionate amount of growth for your brand. Marketers who default to the notion that "We want everyone to buy our products" as way to target their media will lose out on a more meaningful connection to an engaged consumer.

Beyond the Media Plan

In a world where we define who we are by what we consume, the what matters more than the how much. This isn't a race to the most efficient media, this is a mandate to craft experiences rather than media plans—ones that include touchpoints like live events, brand partnerships, film integrations and things that may not traditionally fall within the spectrum of a "media plan."

We need to make this type of entertainment-driven media plan a priority rather than a side project. In order to find your tribe, you have to commit—you can't simply sprinkle on "nice to have" creative media ideas, you need to make them integral to your strategies. A fast-food tie-in to a movie release can't just be a bolt-on to the marketing effort. Make it more strategic and attach to a franchise so it becomes a marketing cornerstone.

I'm convinced that the power of entertainment is only growing and cannot be ignored. Music, film/TV and gaming are the lenses we should use to understand cultural identities and how to create a more meaningful media experience for our tribes. 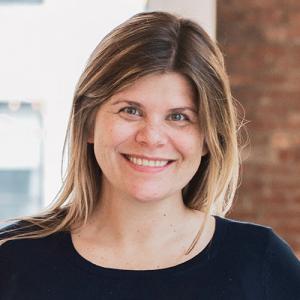