Finding the Pretty Side of Ugly: Making Stuff in the Age of Corona

In case you've been living under a rock lately (and really, who among us hasn't?), there's a pandemic happening, and everybody who's anybody is hunkering down.

With all the content being hoovered up through American eyeholes, you'd think this would be a time for agencies to really shine.

That's right. No shooting. Not the way we're used to, anyways.

I mean, as if witnessing the apocalypse weren't bad enough, now we're supposed to do so between clips of old running footage?

We're better than that.

So in times like these, how can we—the makers who make things—make something worthwhile?

Film quality is out the window. That much we can agree on. But, counterintuitively, that lowered tide has the power to lift all boats. Put another way, there's less pressure to be visually perfect right now. Like a news anchor soldiering on without his makeup or so much as a decent key light to speak of, we too can prove it's not our polish that makes us persuasive. Use this time to pull a pair of lovely aces from the ugly hand we've all been dealt.

Lean into your authenticity (provided your brand has some to lean on).

Something I'm noticing that makes stripped-down production values exceedingly more palatable: humanity. Take a quarantined Jimmy Kimmel, for example. Between the matted hair, rumpled shirts, and glassy-eyed stare, it's clear he's as stir-crazy as the rest of us. He's got no band to back him. No audience to applaud him. And yet somehow, the guy never felt more relatable. Can your brand strip away the façade, to bear its soul and feel more relatable—not less? To paraphrase David Wooderson of Dazed and Confused, "it'd be a lot cooler if it did ..."

Move fast and trust each other.

We keep hearing about how fast the world is changing right now. Which makes your brand's response more time-sensitive than ever. Budget the typical rounds of feedback into your next job, and the moment will likely pass you by. My advice? Use the crisis to break free from the traditional churn. To be in market in record time, have clients brave enough to grant trust and be an agency smart enough to build it.

Saturday Night Live has been crowdsourced by its cast and crew and shot remotely in their respective homes. Plussed-up with some fine editing, the home episode stands as one the best experiments I've seen emerge from quarantine so far. They've improvised on a genre here, pushing it past its known constraints. We in the ad trade can take note—our business has been pushing limitations since mediums existed. This is no time to let up.

If it doesn't exist, build it.

At BBDO San Francisco, we work with our client ServiceNow. We recently did something for them that required figuring out how to pull off a production when you can't assemble a crew, visit a location, or pass within six feet of each other. Suffice it to say, it was a discovery process. Video village was a Zoom conference. Wardrobe consisted of whatever was already inside the talent's closet. It all had a very MacGyver quality to it—which is to say, from a production standpoint, no precursor that I'm aware of. So, with no model to follow, we made one up. And that brings me to my last tip...

When all else fails, do what creatives have done for time immemorial: improvise. Follow the template of the late, great Thomas Alva Edison when he said, "There are no rules here, we're trying to accomplish something." He purportedly exclaimed these words while in pursuit of the lightbulb … but I have a hunch he just stole it from some poor schlub at the next workbench. 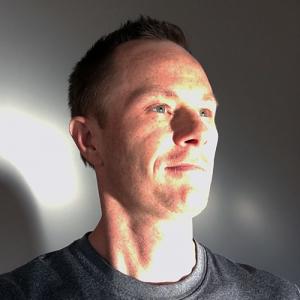