Don't Underestimate the Value of the Editor

Realizing the potential of what your film can be

As people who make things for a living, we are faced with a million choices and the constant push and pull of what a project might be, what it will never be, and eventually what it ends up existing as forever. Every stage of filmmaking is imbued with possibility, but it is in the edit that possibility becomes potential; this is when the script, acting, cinematography, production design, sound and pacing share the same space onscreen for the first time, and it is in the edit room where potential is either missed or realized, where the disparate elements of a periodic table have the potential to become a pebble, or intelligent life. And much like life on Earth, the right conditions have to align.

A few years ago, a handful of friends and I went to shoot a short film in upstate New York. We were all professionals in our respective fields, so the audio was beautiful, the acting was genuine, and the footage was gorgeous. I figured the edit would be a piece of cake. Fast forward several months and we still didn't have a finished film. Despite numerous revisions and late nights, the script's ending just wasn't working. The pressure was mounting—we worried the film might never see the light of day and that our time and the director's money would go to waste.

I didn't know what the director's tolerance was for deviating from the script. But in an effort to give myself freedom to experiment with the edit, I asked them for carte blanche, and they must have trusted me (or they had nothing to lose) because there was no hesitation in granting it.

Over a week, I gutted the edit. I adjusted the pacing across the film, making it slower and more contemplative. I let the script relish in ambiguity and let connections blossom through layers of suggestion. And when it came to that troubled final scene, I used a take that had previously been left on the cutting room floor, and it closed the film perfectly.

The director was exuberant. The original film changed drastically, but the spirit of it hadn't; it was amplified, if anything. We proceeded to color, sound mix and special effects, and ended up in festivals around the world.

If everything goes as planned, we go into the edit with rich materials that are bursting with potential. But how do you harness that potential, and what makes an edit thrive? As the editor, beyond technical abilities, you should feel free to bring your unique perspectives to the project and comfortable enough to tap into the diversity of your background and make use of it. As the director, you need to hire an editor who thinks, someone who is bursting with ideas of how to accomplish the film's goal, beyond your own imagination, and then give them the freedom to operate beyond your control.

A rewarding and productive creative process begins and ends with recognizing the value of the editor, accounting for their input throughout and maintaining that respect during the partnership. Ultimately, it will lead to a more successful, fluid workflow that anticipates setbacks down the road. And if you're lucky, you will be surprised by your own film and end up with something you never knew could exist. 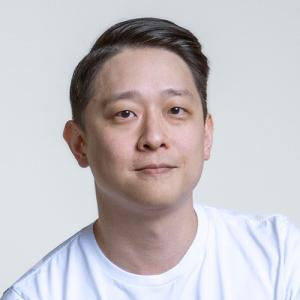