Don't Let Your Colors Fade: Next Steps in Visualizing LGBTQ+ People in Advertising

Why there's much more work to be done

It's no secret that Pride this year looked different, with Black Lives Matter and Covid-19 dramatically shifting focus away from a time of pure celebration and instead toward reflection, action and protest. But even then, depictions of the LGBTQ+ community remained a significant topic of conversation worldwide—one which we've seen reflected in our search data at Getty Images. In the past 12 months alone, we've seen a 133 percent increase in the number of individuals searching for LGBTQ+ content on our site.

Good news given that we now understand how visual representation of the LGBTQ+ community informs how accepting people outside of that community are of them. Procter & Gamble last month released a study in the U.S. revealing that people who have been exposed to LGBTQ+ people in the media say they are more accepting of LGBTQ+ people over the past few years, compared with respondents who had not recently seen LGBTQ+ people in media.

What does that mean? The more we visualize LGBTQ+ people in the media we create and consume, the more we can boost acceptance—a win-win across the board. However, no matter how much visual content we create that represents this community, it's up to brands to use it.

At Getty Images, we have long been invested in helping our customers authentically depict this nuanced, diverse community, seeing it as our responsibility to challenge stereotypes, tell stories that haven't been told before and more specifically guide customers beyond Pride messaging and rainbows only one month out of the year. Authentic, inclusive representation is a 24/7/365 kind of goal. Anything short of that leaves room for improvement.

Progress in terms of depicting the LGBTQ+ community in advertising has been relatively slow and yet steady when I think through the last few years. Prior to 2015, we saw only a narrow interest in imagery depicting this community. However, it was after the landmark Supreme Court decision that same year which legalized gay marriage in the U.S. that we started to see a shift in portrayals of the community. Almost overnight, mainstream brands began to more broadly include this kind of imagery in their advertising and marketing. But these efforts require an asterisk, as depictions were primarily of the "L" and the "G" members, with a particular emphasis on gay couples and gay parents. One could argue brands were looking for a safe and, dare I say, more palatable way to depict the community without risking offense to more conservative customers.

That's not enough anymore. Our world has changed as consumers increasingly demand—it's no longer appropriate to say they expect—brands to hold a firm point of view and take a stand on social issues, including queer rights. Brand values play into building brand loyalty and are intrinsically tied. Thankfully, the direction we see brands moving in now is more intersectional and nuanced, which is also reflected in our search data. For example, we saw a 1,000 percent increase in the search term "queer couple" and a 220 percent increase in "same-sex family" on Getty Images. Searches for "gay couple and Asian" were up 6,800 percent and "LGBTQ and senior" were up 1,425 percent on iStock, demonstrating a desire to depict the LGBTQ+ community more broadly.

Even then, the opportunity to do better exists. The LGBTQ+ experience is far from singular or one-note—it's layered, diverse and, admittedly, as colorful as that rainbow symbolism so closely associated with it. Visualizing all of this variety remains integral, and we intentionally direct our photographers, filmmakers and illustrators to showcase the entirety of the experience—across all communities, ethnicities, family structure, ages and body shape. We're currently working with GLAAD on a set of comprehensive guidelines which will include best practices for creating authentic and compelling images of the LGBTQ+ community, common terminology, clichés to avoid, as well as ways to create a safe and welcoming set.

What we need is everyday imagery used in everyday advertising from social media posts to company newsletters. Imagery brands can use showing LGBTQ+ individuals participating in the same everyday tasks as everyone else—working, going to school, doing laundry, cooking, running errands, visiting family, going to the doctor, walking the dog, grabbing a coffee, planning a vacation (remember those?). Imagery that focuses on these everyday moments demonstrates that sexuality and gender-identity are only one aspect of your full identity. Once members of the LGBTQ+ community are depicted as everyone should be—namely, as dynamic, multidimensional, authentic and human—that's when real progress is at hand.

Until then, don't let those rainbow hues fade. Hoist those flags up higher, and let's get to work. 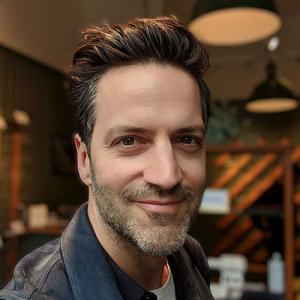