The problem of self-censorship in the creative process

Bad ideas. We all have them. If we're honest with ourselves, more often than not they occupy more brain space than good ones. I've been in the ideas business my entire career, working at places such as Google and NAVER, and what I've learned is that, contrary to popular belief, there is such a thing as a bad idea. They're everywhere yet nowhere, all at once. These are the ideas that are never acknowledged, kept in our heads, second-guessed, deemed a hindrance to progress. Those are the bad ideas.

In today's society, ideas are a creative mind's greatest currency. The beauty of this value exchange is that it never runs out. We constantly have new ideas. It's not a lack of ideas that sees progress grind to a halt or shuts down conversations, it's our innate self-censorship. We've been conditioned to edit our ideas before they see the light of day.

I'm sure this is familiar—we all do it, consciously or otherwise. When you have to share your ideas, or develop a pitch, or respond to a brief, instead of giving all your ideas equal footing, you filter through your thoughts until you land on a more "acceptable" one. This self-censorship is, to me, the worst thing any of us can do. It shuts down conversations before they've even started. It's akin to creative censorship.

So, what makes an idea worth sharing? Well, in my opinion, good or bad shouldn't come into it. It boils down to one question: Does this idea, however rough around the edges, have the potential to be built off? Essentially, it's any idea that fosters more ideas and stimulates thinking.

We need to move beyond the concept that an idea has to be right to be good. The best destinations can often be found when you get lost and explore a route you otherwise wouldn't have. Sometimes the best ideas are the ones we say in passing—often outside of the formal ideation space—that then evolve into further insightful thinking and drive more spark-inducing ideas.

It's when we start to worry about impressing the person on the other side of the table that self-censorship rears its ugly head. We stop sharing because of a fear of rejection, or of being wrong, or having a bad idea. Inevitably we end up stymieing the conversation and proposing ideas framed in safety and risk aversion. Creative it most certainly isn't. It's this all-too-common approach that truly hinders progress, because when ideas aren't shared, we aren't just limiting our own personal growth but the development of our teams' as well.

When I worked at Google, I had a teammate, a really smart guy, who for one reason or another was terrified to share his ideas. I've always been outspoken myself. When it comes to brainstorming, I love the dynamic flow of ideas and conversation, how you start at one idea and end up at a completely different one. Well, my teammate was the opposite. He kept quiet throughout every brainstorming session, terrified by the thought that his ideas would be perceived as "wrong." So instead of participating in our conversation, he would sit silently, second-guessing every idea he had, to the point where he had nothing left to share. Our team, subsequently, had to ideate in double time to make up for the radio silence from my colleague.

When I started my own company, I wanted to minimize this perceived pressure to have the so-called right idea and hopefully decrease the amount of self-censorship in my teams. I wholeheartedly believe in a democratic workplace where everyone is not only allowed to share their ideas but encouraged to do so. I believe all ideas have worth, even the ones that don't seem right at the time. You just never know how one idea might inspire another. Maybe it's not "right" right now, but you'll never realize the potential of your collective thinking if you dismiss it off the bat.

I work hard to ensure everyone from new hires to industry veterans feel like they share equal footing. That even the CEO (me) can share unformed or misjudged ideas in the name of effective brainstorming and progress. Put simply, the only way to innovate and collaborate is to work together, to speak openly and honestly, and to share without fear.

As cliché as it is, we are all truly our own worst critics. But that critic inside us isn't only stopping our personal progress; it's potentially stopping progress at a business, societal or even global level. It's the free flow of ideas that breeds conversation and collaboration and leads to growth.

So share all your ideas. The good, the bad, the right, the wrong, the lofty, the simple. Every single one of them. The only bad ideas? It's those left unsaid. 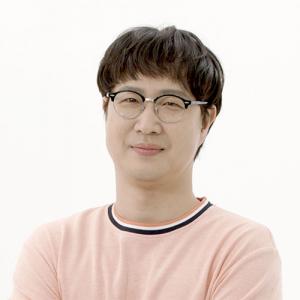