Discovering Creativity in Constraint: What Marketers Can Learn From Quarantine

The benefits of being forced to improvise

"Oh as I was young and easy in the mercy of his means,
Time held me green and dying Though I sang in my chains like the sea."
—Dylan Thomas, Fern Hill

When, and how, might a constraint become liberating? That's a question worth asking as we push into our 11th week of lockdown. All of us in the creative business are now challenged, as we've never been challenged before, to sing in our chains. I know that sounds like an odd analogy and a strange premise, and to unpack it, let's start in an even more surprising place—with Dr. Seuss.

"That Sam I am. That Sam I am. I do not like that Sam I am." Few would fail to recognize the words and rhythmic repetitions of Dr. Seuss' Green Eggs and Ham. And most of us could conjure some of the outlandish scenarios—with a fox, in a box, on a train, in the rain—that play out before the story's grumpy refusenik finally relents and tries a bite of that damn emerald dish.

Everybody knows it because it's the fourth best-selling English-language children's book ever written—and Dr. Seuss' all-time best seller. How did Theodore Geisel's genius produce such an enduring, appealing, inescapable, runaway best-seller? The answer is surprising: He wrote it to win a bet. That bet, proposed by Bennet Cerf, head of Random House at the time, wagered that Geisel couldn't write a book that would enthrall beginning readers while using only 50 words.

That's right. The book uses only 50 unique words: 49 of one syllable, plus the word anywhere.

So, you could make a good case that this arbitrary and absurdly draconian constraint placed on Geisel should be given as much credit for the birth of Green Eggs and Ham as the author's imagination. Or that, at the very least, the constraint was instrumental in the creation of the almost magic appeal of the book.

In A Beautiful Constraint, authors Adam Morgan and Mark Barden recount this story as a way of illustrating their book's central premise: that constraints, far from thwarting or stifling creativity, can induce and unlock revolutionary ways to solve problems and create breakthrough ideas and innovations. And though the book was published in 2015, it seems as if it were written for this very moment—written to address the extraordinary impediments brands and agencies find themselves pinned down by today.

Given the ways in which Covid-19 has robbed us of our established modes of working, banished in-person collaboration and productions, and dramatically shrunk our arsenal of resources, it's borderline miraculous that any of us have been able to continue to produce work at all, let alone work that's breakthrough and effective. But we have. Somehow, we have.

And it's worth asking how. It's worth teasing out the creative innovations born of our paradoxically symbiotic relationship with our current constraints in order to capture lessons from this strange world to carry forward to the world we have to rebuild. Because it won't be the same old world we return to, and so the same old solutions won't work.

Let's look at an example from the agency where I work—well, where I work from home at, to be overly accurate. Motive recently tackled one of these Covid crisis-born projects that at first blush looked to be an impossible ask. We were given the opportunity to help Two Good Yogurt, a purpose-led brand dedicated to reducing food insecurity in the U.S., commemorate Earth Day 2020.

The brand's original plan centered on activations with lots of people in attendance—all outdoors, as one would expect when advocating for a more responsible use of our planet's resources. But as we all know, most inhabitants of earth were trapped inside this April 22. Two Good had to pivot, and fast. But they were determined about not just making advertising content. It had to be a brand action, to demonstrate how to take a concrete step for the good of the planet.

We had three weeks to go from concepting to launch. Under normal conditions that proposition would have been deemed absurd and impossible. But now isn't the time to wonder what's possible—it's the time to act.

We struck on the idea of partnering with a food activist with a built-in network and also cultural standing, someone who could demonstrate with authority what people can do to reduce food waste. That direction quickly took us to a number of chef-activists, and soon to the doorstep of one of the best-known ones, Tom Colicchio. We quickly determined he was interested and had access to a well-lit kitchen where he was self-isolating. But the crew would be limited to one person: Tom's wife. And the equipment was also a bit constrained: two iPhones and a GoPro the couple happened to have. And of course, no director on site. All had to be planned and executed via Zoom, a far cry from our typically rigorous, hands-on production approach. The goal was to create three separate but related pieces of content that helped the viewer understand how to make food go further while cooking at home.

We can't claim the production went perfectly smoothly—the internet went dark at Tom's house in the middle of the shoot, we had to ferry external drives and devices back and forth from Manhattan to Long Island in order to make uploading raw footage possible, and we had no recourse to pick up sessions—it was all pretty much one take.

But remarkably, what we produced wasn't just good—it was powerful, intimate and highly effective. It was powerful in part because while it was polished enough to hold interest, it was raw enough to feel unmistakably real, to offer the viewer a fresh and intimate session with Tom Colicchio in his kitchen in a way that many videos of this genre fail to do. We came to push the genre a bit not by design, but by having to outwit our constraints. A fixed overhead shot, the result of the couple's GoPro attached to a tripod propped up on cookbooks, yielded a quirky angle that we were able to weave into the edit to lend it a look not associated with a typical cook session, often dominated by technique close-ups and wider shots of the chef.

The results raise the question: Do we typically produce content with a big crew because it's the best way to push creative to new places, or do we do it because it's the way we know? Does a big production always get you the best solve for the ask and the brand's business objectives?

Another project that Motive has undertaken during the quarantine was not a creative project but did provoke, in a way that only radical constraints can, some highly creative problem solving. A brand we've been working with is due to introduce the first product innovation in its history in the U.S. next year. Because this brand's origins and success in this market are in large part due to the grassroots efforts of its fans, the brand wanted to involve its community in the launch—specifically, it wanted to harness its creative cohort to help design the visual ID and packaging.

Before Covid, we had it all planned out: It was to happen over the course of an afternoon in a Malibu beach house, overlooking the Pacific, where this gang of creative spirits would have a jam session, interacting with each other and to our prompts, eating on the beach, maybe surfing, enjoying a campfire as the sun set over the expanse of ocean. That vision became a rapidly fading dream as the date and pandemic approached hand in hand, and with its disappearance the very idea of an interactive creative collaboration to inform the design was threatened.

We proposed what at first surely seemed like a sad consolation, a last-ditch-effort alternative: an online collaboration. But as we dug in, we confronted our constraints, and instead of dwelling on what we lost when Covid pushed our Malibu beach house off a cliff, we asked what we might gain by hosting this entire interaction online. Ideas started to flow. We could have two groups instead of one. We could meet a couple of times over the course of four days, so as to iterate on the themes and designs in ways that would expand and deepen them. We could reveal bits of the innovation story in steps to our collaborators, so that we could see where select stimuli would lead their creative thinking and output. We could have the creators mark up and riff on each other's work on a virtual whiteboard. Maybe this wasn't so bad after all.

Not bad is not how anyone is describing it now. More like game-changer. Some of the most important, actionable creative insights and input came from how we were able to manage the stimuli and iterate on ideas, concepts and tones over the course of a four-day interaction with our tribe of collaborators. The volume of creative input was far greater, and the textures far richer, than anything we might have expected over a four-hour in-person session. The client was blown away. We were blown away. Yes, we were robbed of our bonfire, but the many fires that were lit in its place more than made up for it.

Could it be that what seemed our sadly impoverished plan B, a plan we never would have hatched if not for the constraints imposed on us by the pandemic, produced richer and more actionable insights and inputs than our idealized plan A?

Of course, this notion—that far from thwarting our inventiveness, constraints can engender creativity, invention, and breakthroughs—is not new. Others have noted the liberating effect of the right limits administered in the right way. David Ogilvy, titan of modern U.S. advertising, crystallized the apparent paradox when he said, "Give me the liberty of a very tight creative brief." But we're not talking just about sharply written briefs. We're talking about adopting a new mindset that converts looming constraints into new avenues of thinking and creative problem solving.

The hurdles we're having to clear right now to get anything done are exercising us in new ways and we ought to be able to use our newly acquired strength as we move forward. It was not unusual in our pre-Covid marketing world to assess ordinary constraints of budget, resources and time in order to begin thinking about what we had to cut or sacrifice or scale back. As we move forward, we should ask how we might possibly redesign our processes and approach in order to see constraints as an inducement to work smarter, faster, and be more innovative. 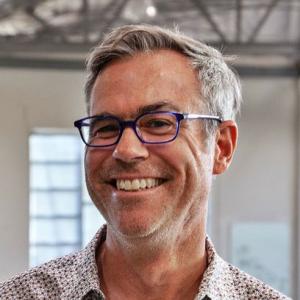