Cats, Peloton and the Gold Mine of Hatewatching

What we love so much about questionable work

Cats was fated to be a zeitgeist. As soon as the trailer dropped, a cine blaze of glory by way of bone-chilling uncanny valley, it psychologically broke the Internet and stirred moviegoing martyrs into a fervor. Bravely daring to go where no one else would, to report back on the lawless frontier that is Cats, I happened to be one of them at a matinee viewing in Los Angeles.

Certainly, Cats is unlike anything I have ever seen, and it undoubtedly transported me to an existential plane from which I have yet to return. There's the unfinished visual effects of human hands and human feet on CGI cat-people. There's Judi Dench breaking the fourth wall with a zealous soliloquy on how to properly greet a cat. There's Rebel Wilson hauntingly unzipping her cat self to reveal another body of cat fur (and in the same sequence, proceeding to gobble up tapdancing anthropomorphic cockroaches).

Yes, Cats has to be seen to be believed. But to call it a bad film is a reductive and trite assessment. No, Cats is an utterly fearless, surrealist masterpiece.

At press time, this consensus is embryonic, and upon its premiere, Cats was gleefully slaughtered en masse as a disaster, an unparalleled flop—so bad, its own stars hadn't seen it. The cancel-culture mob was assembling, digital pitchforks were sharpening, preparing, gladiator-style, to witness the blood-sport genesis of a box-office bomb. But then, something miraculous happened. "Rowdy" screen viewings of Cats began selling out across the country. Gathering loved ones and getting belligerently stoned to view the film became a pastime. In my own matinee viewing of Cats, a month after it was released, there was not a seat to be had. Cats has, admirably and resiliently, regenerated as a cult classic.

So, how does a film like Cats quantum leap from sneer and derision to an esteemed cult classic with financial longevity, à la The Rocky Horror Picture Show? It's partly due to the glorious '80s campiness of the original Cats translating seamlessly to present-day TikTok and Twitter memeification. It's partly due to the movie being so exceptionally strange—a topsy-turvy looking glass into the "star-studded film musical" genre. More than anything, though, the answer lies in the industry's most unsung, incognito gold mine: hatewatching.

Hatewatching has long been lucrative, if not incredibly underestimated. In the dawn of the Internet, hatewatching is what made Rebecca Black's "Friday" go viral. (Had influencer commercialism been solidified in those dark ages, Black would have made lifetime residuals off "Friday" on Spotify and TikTok.) Hatewatching is what propelled the Fifty Shades of Grey film franchise to gross over $1.3 billion at the box office despite abysmal reviews and mild sex scenes. Hatewatching is what dictates the inspiration for much Netflix Originals content (like the wildly successful, and wildly panned, The Kissing Booth) as well as network television (like NBC's wildly successful, and wildly panned, Peter Pan Live!).

Most recently, the fiscal potential of hatewatching became evident in Peloton's Christmas ad. While ad land was scandalized into an uproar at the commercial's tone-deafness, it was undoubtedly a success, surging Peloton to the top of a global social conversation it would have been unlikely to achieve via a tamer, sweeter ad. To that end, the social conversation around Peloton mirrored the way in which Cats was dissected—a communal invite to crowdsource think-pieces, tweets, memes and humorous digital discussion on the way the Peloton ad made us feel. I stress communal.

The Gift That Gives Back | Peloton Bike Commercial

So, what is it that we love so much about hatewatching? Have we hardened into cynics, but cynics with bad taste? Are we all just cyberbullies getting our rocks off? No. Hatewatching is a tether that keeps us together. Where binge-watching is solitary, hate-watching is communal. Where "good taste" permits only in-depth analysis from authorized voices (i.e. critics), hatewatching encourages accessibility and democracy with deep-dive discussion. To hatewatch is to be part of something; to hatewatch is to inaugurate oneself into a close-knit tribe.

The success of Cats, and its eventual evolution into a cult classic, prevails in the very special tribe it forms. While many films struggle to stand the test of time (think of how many Oscar Best Picture movies haven't endured), Cats, like other cult classics, will last, due to the beautifully humane—and beautifully connective—experience that is hatewatching. To experience Cats isn't to experience a "bad" or "good" movie; it is to experience togetherness. Similarly with Peloton—it's not about a "bad" or "good" ad; it's about the ephemeral unity in the groupthink it inspires. It's this that creates the centrifuge for virality.

In the end, the surprise successes of Cats and Peloton lies in their not pandering to the critics but trolling their ideals. 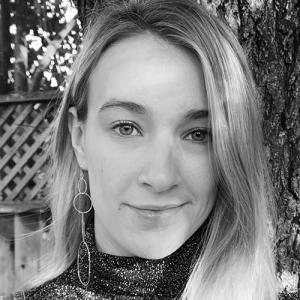