A Case Against Case Studies

We all play the game, but does the best work win?

Picture this. A black screen, with a mildly inspirational yet inoffensive track playing in the background. A famous news reporter appears in the middle of the screen, discussing something a well-known brand just did. Another reporter appears next to that reporter, discussing the very same brand effort, this time pointing out that the brand's "stunt" has gone viral. It happens again. And again. Eventually the entire screen fills up with famous reporters talking about what the brand did, until it all blends together into an intentionally cacophonous noise. Cut to black. A non-descript, milquetoast voiceover begins.

Congrats. You have entered the advertising case study video.

I remember the first time I saw a case study. It was 2015. I had spent the last eight years working in the creative department at VH1. Yes, that VH1. Home of Flavor of Love, Behind the Music and, once upon a time: Michael Bolton and Tina Turner videos on repeat.

I spent the early years of my career working for traditional ad agencies, most recently BBDO in 2006, after which I took somewhat of a "hiatus" by going in-house at VH1. In 2015, I was about to re-enter the agency world as a freelancer. Up to that point, nary a case study had been seen by these eyes. I was suddenly an outsider.

As you can imagine, for a creative coming across the somewhat bland, business-oriented format of the case study for the first time, it came as sort of a shock. "What is this newfangled … thing?!" I surely thought to myself, minus the word "newfangled" because I'm not from the 1920s. I couldn't wrap my head around how this overly slick, sanitized two-minute video was being used to sell creative people sitting on a jury as to why an ad, stunt or campaign was worthy of an award. I couldn't understand why our industry was now inundated with these heavily curated and clearly manipulated-to-sound-more-interesting-and-effective-than-they-actually-were films.

And perhaps the most glaringly egregious fact: that we're now selling BS to people who essentially sell BS for a living. Every time I watch a case study, I can't help but laugh at the Jedi mind tricks we're using on an audience that does this every day. I can just hear a judge thinking, "I know what you're doing. Your feeble attempts won't work on me!"

Don't get me wrong—there is some amazing, envy-inducing work, created by incredibly talented people, that's being submitted to these shows. And many of these films are quite powerful. It's just harder than ever to tell fact from fakery.

Nearly every case-study video contains some combination of the following: press quote or soundbites to set the stage; brand challenge; hypothetical solution; video of execution; humans engaging with the campaign somehow; wall of press; wall of social posts; wall of something else that seems impressive; ridiculously large number of engagements/shares/impressions (likely a figure in the millions or billions); some sort of dramatic ending statement.

And perhaps my favorite of all: the point in the video where you're led to believe it's almost finished, but surprise! It's not. "And then, we started a conversation" or "Then, something happened that nobody expected…" It's like the "But wait, there's more!" of case studies. With each transition, you can just hear the video creators saying, "Isn't this cool? … Do you like us? ... How about now?" as the viewer's eyes begin to glaze over.

We're all guilty of it, including myself and the teams I have worked with. To play the game, we have to produce these videos (it says so right there in the rules!), so I begrudgingly make them along with my colleagues and peers, likely falling into the same traps with these aforementioned clichés.

I get it. It's more difficult to just submit the work these days, with the 360-degree, integrated, cross-platform, holistic, immersive social/digital/mobile monsters we're creating. But there's gotta be a way to showcase work in a way that gets to a level playing field for everyone involved, where it all comes down to the idea, the execution and the integrity of the work itself.

It just feels like there's more time spent cleverly crafting these videos than on the actual campaigns. And ultimately, that it's become a competition of not what was done for the client and brand, but which agency has the most time, money and resources to spin and package the video in the most effective way to the judges. Time, money and resources that could be used on the actual work.

It's been said that a great idea should be able to be written on a napkin and understood. Or told as an elevator pitch. "If you have to overly explain it, it's not a good idea." Shouldn't the same apply here?

Clearly, these films are being used to cover up flaws, mask facts and make work seem more impressive than it is. Maybe without relying on them, we just might strive to make better work. 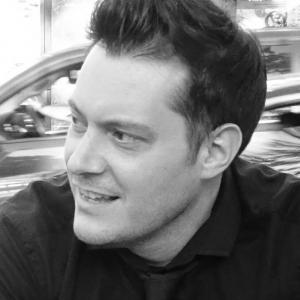