Can a Female Leader Be Mediocre and Successful?

In 2016, I created an illustration series called Queens OnScreen after I'd noticed the "Featuring Strong Female Lead" movie category on Netflix. That the category had been created was both exciting and kind of sad. True, lead actresses were being recognized for their standout roles in cinema, but they still needed a separate category to be celebrated. And men? We don't need a special category for movies with male-centric plots—those movies aren't hard to come by.

Four years later, several female lead characters dominate pop culture. As Game of Thrones, The Handmaid's Tale and Westworld have shown us, heroines can be just as badass as heroes. For women in leadership positions across industries, however, there's still a nagging pressure to lead, perform and act successful at all times.

Twenty-first century feminism evokes the same feeling. Our culture remade the ideal feminist in the image of the bold, badass, unapologetic high achiever. We've assigned her specific traits: She's fast, she's furious, she gets things done, and most of all, she never makes mistakes.

Chef David Chang put his finger on this phenomenon in his Netflix series Breakfast, Lunch & Dinner when Lena Waithe—discussing her experience of becoming a sort of poster child for the LGBTQ+ community—talked about the pressure to live up to people's impossibly high standards. "A chef told me that they're going to shut up when a woman can be mediocre and successful," Chang told Waithe.

If the "mediocre and successful woman" Chang refers to is still a paradox, has the restaurant industry, or any other industry for that matter, made any real progress in achieving gender equality?

"When women are expected to be everything to everyone … all that invisible work robs them of the time any leader needs to commit to visible, valued work in order to actually get ahead," writes Girlboss editorial director Jerico Mandybur in an article about "the myth of the bitchy boss."

Why do female bosses feel the need to work harder than their male peers in order to be seen as successful leaders? Building a company or agency not hostile to female leadership starts with holding everyone accountable to the same level of performance.

The creative industry talks a big game about promoting female leadership, but does everyone truly have the chance to get ahead, regardless of gender? What's the right yardstick for measuring equal opportunity: the ability to achieve, or the permission to be average?

If the bitchy boss is the only paragon of feminism, then unsubscribe me. I have the right to exist, have opinions, make mistakes and take up space even if—especially if—I'm not the so-called strong female lead.

How do I revolt? Could I defy the double standard by being … average? As New York Times critic Amanda Hess puts it: "A woman's career can be cast as a kind of feminist statement in and of itself." Embracing my imperfections and shortcomings is the ultimate act of rebellion.

After a decade of watching anti-heroes on premium TV, we're seeing the rise of the anti-heroine, a new kind of female protagonist who's perfectly satisfied with being ordinary, flawed and complicated. For every power-hungry, type-A Claire Underwood from House of Cards, there's a Fleabag. For every Siobhan from Succession, there's an Issa from Insecure.

It's OK not to work all the time or outshine your peers at every turn. It's OK not to want it all, especially if "having it all" means dropping off the kids at school before work and picking up your husband's socks off the floor. It's OK to take it easy and sometimes phone it in. God knows your male co-workers are doing it. It's OK to be just OK.

I've spent my entire professional life working almost exclusively for female executives who bet on me without any evidence to back up my ability to "perform."

Attending graduate school straight after college with a virtually nonexistent résumé, I had neither work experience nor sparkling credentials. I barely understood what it was like to work in design or branding in New York City. My presentation skills were unremarkable. Nor did it help to be a short, brown 22-year-old woman with a heavy accent. In every sense of the word, my prospects were decidedly average. But my grad school professor took me—a young, inexperienced international student from India—under her wing and brought me back as a teaching assistant for three years running.

For most foreign creatives, applying for the O1 visa to continue working in the United States is a painfully long and expensive process. To be awarded a visa and remain in the country, we must prove our "extraordinary ability or achievement." The truth is, my achievements weren't that extraordinary, but my grad school mentor endorsed my O1 visa application all the same.

And it hasn't stopped there. My managing director has shown similar faith in me. Directing an intern at a growing agency to take on the full-time job of handling major company projects may not have been the safest executive decision, but she chose to invest in my fledgling role as cultural strategist and trusted me to make it up as I went along.

In many ways I owe my career to the women who went out on a limb for me, despite the odds that I might have let them down. I can only hope young women entering the creative workforce find leaders who'll take the same chance on them, so that one day—even if they're mediocre—they can be successful. 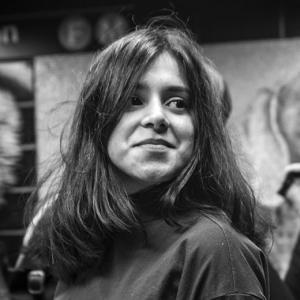