The Big Squeeze: Addressing the Crisis in Commercial Production

3 simple directives for easing the pressure

The commercial production industry is going through very tight times. Budgets keep shrinking. Production schedules are extremely compressed. Scripts are either overwritten or watered down. Clients want to get jobs done quickly and avoid the expense of agency bureaucracies, which impacts the entire production process, including the safety and well-being of our crews. Production companies adapt creative so jobs can be done for less money, but clients and agencies can't let go of the original ideas. We're in a race to the bottom. Are you prepared to buy the job? Do you want it that badly? That's the overall world we live in.

So what else is new, you ask. It's déjà vu all over again.

Yes, tight times are not new, but new conditions and events have accelerated the trend to a near breaking point. Covid is one of the culprits. Covid testing and production protocols are part of the big squeeze before, during and after production with rectifying actual costs and cost-plus estimates. Jobs are being rushed to avoid the next variant outbreak. Clients want to get it in and out fast. At the same time, they are waiting as long as they can before they have to spend money. Trump didn't help, either. Markets fluctuated so much during his time. Companies were unsure about him. They didn't know how much to spend and on what.

There is mental and physical fatigue of commercial crews, realities which manifested themselves in a recent walk-out on a commercial production. A line producer handles all components of a campaign—broadcast, digital and print—while an agency has a designated producer for each who may not grasp the degree of multitasking involved. Not only is the line producer reporting to three different agency producers and doing three times the work, but they don't get downtime over the weekend or protection by union rules. Compressed time lines also mean more Zooms, day and night, for accountability, taking still more time away from actual production. Mental health issues are real.

Finally, there's politics. Partly because they have to do testing and marketing research, clients are very careful about how they put their product out there. They can't offend anyone, or else they'll be called out on Twitter. They have to be politically correct. The creative gets watered down. This problem includes casting. We used to just cast whoever was best for the role. And if it happened to be white people, so be it. But now, with the world as it is today, you have to make sure you cast an African American, an Asian, a Hispanic and LGBTQ. It's no longer whoever is best for the role, it's who fills a box. You're no longer looking for the best. As a foreign Black woman, I check all the boxes and yet I'm the first to admit this affects the quality of the work.

All of these issues affect the quality of production, and nowhere does it affect the quality more than in post-production and VFX. Because producers don't have enough shoot days to actually do a script, we lean on post. A scene calls for us to be at the beach, and we can't get there because we're shooting in downtown L.A. We throw up a green screen and shoot talent in front of it. Instead of proper footage, they quickly conjure up backgrounds with CG or stock, and yes you can tell it's fake or repurposed. Music and sound design, they get the short end of it, too, because they can't really put tracks to a spot until they see a finished picture.

Don't get me wrong. We can navigate and survive the Big Squeeze. It won't be easy. There are so many moving parts to the issue, but at least we can start with some simple directives.

Agencies and clients spend much of our treasure and blood on seeking out bids from three or more productions companies. The process costs production around $5,000 and up per pitch. If agencies and clients want a certain director and production company, they can abolish the triple bidding process and the director will take the time to write a solid treatment, the EP will take time to bid the job so we're not outsourcing stuff like treatment writers or bidders in the rush, and that money can be spent on production. If you know you're getting the job, then you and the agency can work together to come up with solutions. Getting rid of the triple bid would be a big deal.

Work with your clients.

When clients know what and who they want, it makes them more comfortable spending money for that person and company. An agency we work with has conversations with three directors, then picks only one to bid. They know the work, they know the person, they have a rapport, and when that happens production companies can work with clients to make the numbers work. Mark-ups can be trimmed. You end up focusing less on making big money and more on building a working creative relationship that can last for a long time. It's an enduring business relationship.

Production companies must nurture and support a roster of artists from a variety of backgrounds, with different experiences and worldviews, from LGBTQ to people with disabilities. Also we need to support many mediums, not just commercials. Architecture, painting, poetry, music, writing, photography, dance … we should always look for avenues outside of commercials and filmmaking for our creatives. They need to create outside of marketing so they're not totally dependent on commercials for their livelihood. And we need to help them find alternative ways to be successful, which in turn will make us successful.

Finally, we all have to brace ourselves, because in the long run advertisers will be looking to find other ways to promote their products. Who watches broadcast TV today? There is an audience for sports, but for the most part everybody is on Netflix or HBO, or on TikTok or playing games, places where there is no advertising per se. Advertisers will come up with a different model.

We don't know what that will be, exactly, but I can say this: Watch the kids. Watch what they're doing. They're shooting short films and feature films on iPhones and they're posting them on YouTube and TikTok. That's where the next generation is. My son is 23 and my daughter is 20. They don't watch broadcast TV. They're on YouTube or Instagram. We are heading toward new radical solutions. I don't know what they are yet, but the current model will start to go away.

In fact, it already has. 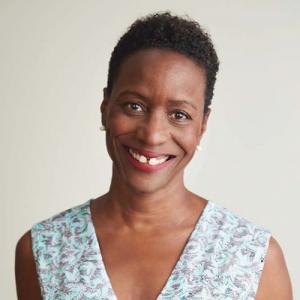