Beast Coast vs. Best Coast: What It's Like Running a Bicoastal Agency

It works, but only if we work at it

Hello, we're Standard Black. Well, it's just me writing this—I'm Michael Sharp, and this is my take on being the CEO of an agency with offices in New York and Los Angeles. Some of you have heard of us, but most probably have not, given that about we were formed 18 months ago through the merger of Standard Time LA and Blackrose NY.

I wake up early, but it wasn't always this way—and at times I wish I could hit the snooze button a few more times. I start the day now with an inbox full of e-mails before I wake up. Most days there is a random text at 5:30 a.m. Yeah, that happens. All the time. I'm writing this at work in the late evening. My partners on the East Coast have already started their trek home, and some are probably finishing up their dinner. Being three hours behind and overseeing two offices makes for long days. And I'm damn grateful for it … it means someone needs an answer; it means we have clients that need us and need our creativity infused into their business.

For so long, I assumed running a bicoastal agency meant putting up with a slew of annoying challenges—miscommunication, time-zone differences, conflicting workplace cultures, fragmented teams with differing expectations, friction between strategy and creative team … blah, blah, blah. All the stuff no one has time for. There are also the long-standing stereotypes that the New York office would find their L.A. colleagues overly casual, while L.A. would think their New York counterparts need a few Xanax to function like the rest of the country.

I truly believed none of that was going to happen with us, though. We were different; we would do "it" better; we were not afraid of the challenge. That's how both of our agencies were built and continued to grow. All of this wouldn't be a problem from Day 1; we had it figured out. Day 1.

Until we didn't on Day 2, so we freaked out a little bit. But like any problem that comes up, we're in the business of solving problems. It's actually our business model, and that's what we started to do.

Here's the thing we realized quickly: Things will work, but only if we work at it. So we started working on it Day 2. Fast-forward to today; we're still working at it. And guess what? We're probably never going to stop. Like everything we do, we know we can keep getting better. But we know where we're at today is miles closer than Day 1.

Let's talk about today. Communication feels seamless. Well, there's the occasional echo on a conference call. And I'd be lying if I told you every videoconference went off without a hitch, without someone on one side needing to lip-read, "WE CAN'T HEAR YOU." Other than those types of things, it's pretty seamless between our bicoastal teams because of the technology that's available to us. We're always in contact, echo or not. Google, Slack, shared Keynote (I think this is the first program in the history of the world that creatives and brand managers both agreeably like). Sorry, Google Slides, but until you become a client, we're sticking with Keynote.

It's very common for team members in New York and a few team members in L.A. to be working as though they were in the same room. In New York they have the heat or A/C on, and we have the windows open. Ha, ha? And thanks to our increasingly mobile world of Airbnb, Uber and many efficient transportation innovations, interoffice travel is so easy now. We're in touch online, but we also have a mobile team in a hypermobile world, and we take advantage of that to encourage in-person connections as much as possible.

Then we move on to the cultural differences. How can you truly bond a bicoastal workforce and create a unified culture when both groups are functioning apart? I'm going to let you in on a little secret, since I've lived in both cities. People who live in L.A. are typically a little jealous of New York. It's an amazing city, there's no denying it—between the energy, the mass of people and the most beautiful parks, architecture, museums and galleries. I could go on for days about how I love New York.

But ... here's what you don't hear. New Yorkers love L.A. Find me a New Yorker who doesn't want to be in L.A. in December. Or January, February or March? Oh, the traffic … well it just took me an hour and 45 minutes to get out of NYC on the Friday before Memorial Day. It was stop-and-go the whole way, and after living in L.A. for 10 years, it was easily the worst traffic I've ever been in. We can always chat about this in February when I'm sitting outside at dinner and you're sorting out if the L train is going to run in the snow.

My point is, both cities are great, and we get to have both now. In both cities, we're facing daily commuting challenges, we're in dense epicenters of culture, and we're on our phones or laptops communicating with one another and working on the same projects simultaneously. It sounds trite, but space and time have really collapsed within our agency. 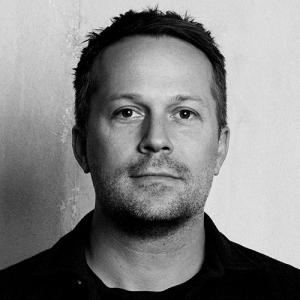