B-Reel at 20: What Launching at the Millennium Taught Us About Focusing on the Future

Being forced to adapt has plenty of creative benefits

The year we launched, 1999, was in many ways the infancy of the internet as we know it. The many dead-on-the-footsteps-of-Y2K startups that came before us had the right idea; they were just 10 or 15 years ahead of their time. In hindsight, our central ambition of "hacking the internet" to make it more entertaining and look better was also a little precocious, but at the time we believed we could.

As we start 2020 and I take stock of the past 20 years, I realize our "hacker mentality" toward creative work has served us well. We still believe passion and interest eat ambition and structure for lunch every time. In such a new and continuously developing field of operations as the internet, the expert level is not so deep, and passion, focus and interest make you an expert pretty quickly. The flip side of the fast development around the internet is that the value of existing knowledge fades quickly and nobody has the luxury of resting on their laurels.

It has been a powerful, proud and humbling experience to look back at the 20 years that have passed since myself and five friends founded B-Reel in a back alley, really the only back alley in Stockholm, and imagined the agency of the future. Like most 25-year-olds, our dreams were huge and not entirely connected to reality. We were probably a little naive, which would explain our decision to launch a digital production company at the tail end of the dot-com bubble.

Yet we somehow managed to survive, despite our bad timing. And by the time we opened our first U.S. office in 2007, just before the Great Recession hit, we had grown used to taking off straight into financial turmoil. To me, the things that stand out as I look back on the industry of the past two decades have largely to do with culture and tech.

Interestingly, launching a business just as the dot-com bubble burst turned out to be a good thing creatively. We were forced to try our hand at many things if we wanted to survive. We created everything from vignettes to animations and honed our skills in all things motion. When the market began stabilizing and the tech had become sophisticated enough, we had a team of people capable of applying their motion skillset to a web that was finally ready for higher production values.

Later on, as the lines between brand, agency and production blurred, we adapted again in order to move closer to brands. That is where we are today, acting as an agency serving clients as a strategic and creative partner. Looking back, I realize we have changed skin every three years or so, not because that was part of that grand plan we envisioned in the back alley, but because we had to.

Our most recent metamorphosis had several phases and moods. We first believed we could perform agency functions without changing anything. Then we felt like we knew nothing and needed to hire agency seniors to hold our hands. But we soon realized these people were coming to us to learn what we knew and that what they wanted to teach us about the agency world were learnings that belonged to the agency world of the past, not the future. What is crucial to us is to act based on what we believe the future will be like, not how our world has looked in the past.

When tech and user patterns develop as fast as they do now, past experiences fade quickly. So we stayed true to our culture and our core way of working, and while we lost some of those new hires, the people who stayed share our view of how the world should look in the future. We are still learning but have adapted to the ultra triathlon nature of agency work and distanced ourselves from the sprint-to-never-look-back nature of our early production-company days.

Everything in our space moves quickly—we moved from being a production company to an agency in just three or four years in all markets. The increasing influence of tech and the changing role of the agency as a brand partner has made it easier for us, as we keep our tech roots and our maker core, to also function as an agency. And as we've gone through these serial paradigm shifts, our initial desire to try new things remains constant. In order to not lose ourselves through these various transformations, we remain focused on our core competencies—a deep understanding of tech, making and film—and acknowledge what we haven't yet mastered by rearranging our team to keep our strengths while carefully adding necessary bits and pieces.

We are pathologically haunted by missing out on incremental changes, in culture or technology. We learned not to pay too much attention to what has been. Uppåt, framåt, as we say in Sweden. Twenty years on and I'd say we have found our place in the market; but I can't say we've always enjoyed huge profits. Maybe it's the Swedish spirit, but we have never chased the buck. We chose to live a great creative life in the company of wonderful people rather than maximize profits, and I'm fine with that. Without holy cash cows to defend, we continue our refusal to do anything for a dollar and swiftly develop into new areas while always remaining focused on the future, not the past. 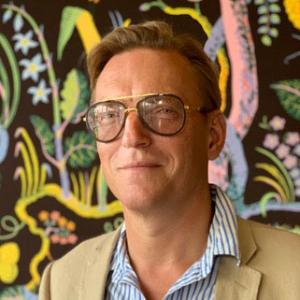