From Angel Island and Camp Minidoka to Madison Avenue

My family's history as ballast, not burden

No better way to celebrate Asian American and Pacific Islander Heritage Month than to look at one's own heritage. Literally.

I am of Chinese and Japanese descent. Ironically, my Chinese grandfather's entire family was killed in a war with the Japanese at the beginning of the 20th century. With no one left, he boarded a ship out of Canton at the approximate age of 14 with only the clothes on his back and began his journey to "Gold Country"—America—where he had a paper "uncle" working in a restaurant in a faraway place called Portland, Oregon. Somehow, his paperwork got him through Angel Island in San Francisco at a time when hundreds of Chinese were being turned away because of the Exclusion Act, which banned them from becoming American citizens. 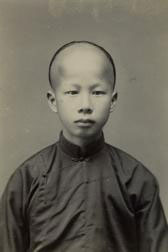 My grandfather William (his English name) Wong just after arriving in America in the early 1900s.

Can you imagine? 14 years old? Boarding a ship full of strangers, confined to the steerage of a ship making the three-week trek across the Pacific Ocean to parts unknown? No, I cannot. 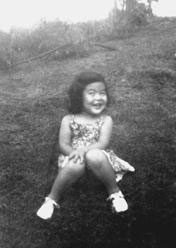 My mother Ellen, 3 years of age, just before being interned at Camp Minidoka in Idaho, 1942.

On the other side of my family, my Japanese mother's earliest memories are of the cold air and dust that blew its way through the cracks of their cabins at the Japanese internment Camp Minidoka in Idaho. She was just 3 years old and was imprisoned there with her adoptive Caucasian mother from 1942 to 1945. (Which makes my mom the only toddler-age Japanese spy.) In contrast, my father's side of the family had to carry "passports" certified by the Republic of China to show they were Chinese, not Japanese.

Throughout most of the 20th century, so many other stories. My Chinese grandmother being called to the principal's office in 6th grade for beating up an older Caucasian boy for calling her multiple racial slurs. (So, who is the victim here?) My grandparents being denied the ability to buy a home in several neighborhoods in Portland. My father being denied the right to bowl in white bowling leagues. My aunt being denied multiple jobs once they found out she was Chinese. So many stories. And so many stories they never told me.

None of this was my experience. I have never been barred from buying a house, denied a job or a promotion, robbed of an accolade, suffered any kind of intimidation, or faced any kind of societal injustice based on the color of my skin and the shape of my eyes. Yes, I had racial slurs yelled at me from the sidelines as I played in high school basketball games. I have gotten the dirty stares in pockets of the Midwest where there were not many Asians (like Green Bay, Wisconsin—yes, at a Packers game). But 99.9 percent of the time, the contrast is vast—from my grandfather, my mother and my immediate family.

The weight of history can be ballast as well as burden. I remember the year before the pandemic, I was in San Francisco for a business meeting. I went for a jog along the waterfront and looked out to Angel Island, trying to visualize the exact spot where my grandfather first stepped foot on American soil. And I tried to imagine what was going through his mind. As a teen without a family and without a home, I do not imagine he was thinking of the American Dream and riches of gold, but rather looking for an escape from the hardships of life in China and a chance for survival here.

Over the years, I have had many conversations with my mother about any resentment and bitterness over being sent to the internment camps. It is always the same short, unemotional response. "We moved on. We got over it. We had to."

Whatever discrimination, racism and societal hardships my family faced, they faced them with quiet determination to keep going, to overcome and to make life better for their children.

The debt I owe all of them was to make the most of the unencumbered path I was granted. I was able to take the best education they could afford and take my own dreams to Madison Avenue as a junior art director at Ogilvy & Mather New York in 1984 all the way to founding an agency in Seattle that has grown to a global firm of 600 with studios on four continents. And in all those years in the agency business, in offices from Madison Avenue to San Francisco to Seattle to Los Angeles, I cannot recall facing any single incident of racially based intimidation or discrimination. Not one.

The racial fairness that I have been afforded has, in large part, helped us to create a culture of equality-based, egoless collaboration at WONGDOODY, where everyone is empowered to help ideate, not just people from the creative department. We call it our "Creative Democracy."

In closing, when I look at black-and-white photos from decades, even centuries past from places like Angel Island and Camp Minidoka, it is remarkable to think this is part of who I am. Heritage is about looking back with intention to see just how far you have come, and also to lift those around you who have yet to overcome the same obstacles that you, through the determination and efforts of your family and ancestors, already have. 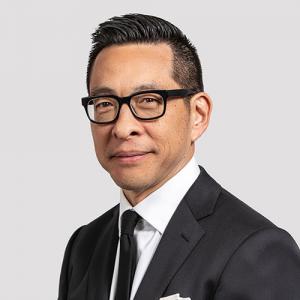