Advertising Is Failing Asian-Americans. Here's What We Can Do to Fix It

3 ways your agency can address the issue

Whether as the subjects of the stories we choose to tell or as the target audience for a flashy new campaign, the Asian-American community has largely been ignored for decades. And while we've made a push for more diverse representation in recent years, it hasn't been enough. In light of the anti-Asian hate crimes, founded in fear and blatant racism, that have run rampant throughout America this past year, it's time to tackle this issue. To continue ignoring it is bad for our communities, businesses and brands.

Addressing this disparity isn't just an ethical problem; it's a business problem. Asian-Americans represent an untapped consumer audience for brands, and the community is waiting and ready to be noticed. In a recent study by Morning Consult, 62 percent of Asian-Americans reported they rarely, if ever, feel represented in advertising. In 2020, Nielsen reported that the Asian-American community was the fastest-growing ethnic group in the U.S. with a buying power of $1.2 trillion. Beyond that, Asian-Americans have consistently been savvy, cutting-edge consumers—leading the way in digital adoption, streaming subscriptions and gaming over the rest of the population. At the end of the day, brands are leaving dollars on the table by continuing to ignore the Asian-American community.

What can we do to fix this? As with any big issue, there isn't one single answer, but here's a start.

Diversity for the sake of diversity isn't enough.

Throwing an Asian-American person into your ad as a means to check your diversity box isn't enough, especially when that box still relies on common stereotypes. So much media about the Asian-American community is centralized on two myths—the model minority and the opulently wealthy. Further, the visual representation of Asian-Americans in media is strikingly linear, with the majority of Asian-Americans represented on screen looking largely the same: thin, short, with fair skin and slanted eyes.

Make sure your brand doesn't hyper-focus on one narrow view of this diverse community. Your agency and your brand are better than that; don't play to stereotypes. Brands need to recognize that in order to connect with Asian-Americans, they need to tell realistic, nuanced stories that resonate with the community. Intention needs to be interwoven from ideation through media planning. Relevant messaging that can authentically speak to the interests and lives of Asian-Americans is a key tactic in embracing and engaging the community.

The summer of 2020 was a turning point for the U.S. The murder of George Floyd served as a wake-up call to Americans, forcing us to face the reality of our past actions and how our prejudices have affected not only our lives, but the lives of those around us. On an industry level, advertising's discrepancies were highlighted by an open letter from advocacy group 600 & Rising. Inspired by the group's initiatives, agencies across the nation posted their diversity statistics publicly and pledged to do better in lifting up the careers of BIPOC.

While progress has been made in acknowledging the issue with diversity in our industry, the issue hasn't lost its relevance. At present, Asian-Americans represent a sliver of the advertising and public relations talent pool. In a 2020 survey, the Bureau of Labor Statistics reported that only 8.1 percent of marketing specialists and analysts and only 3.4 percent of PR specialists were Asian-Americans compared to 82.8 percent and 83.3 percent white executives in those titles.

To tell relevant stories aimed at Asian-Americans, brands need to authentically know where they come from. Have your agency adopt a version of the NFL's Rooney Rule—a hiring practice that requires all positions to at the very least interview a number of diverse candidates before making a hiring decision. Recruit for your entry-level roles and internships at HBCUs and college associations and communities for diverse students. The talent pool is scrappy, intelligent and hungry. Let's bring them into the mix.

Acknowledge the past, and keep doing the work.

We're at a cultural shift. There's no more room for excuses; the world is asking for answers and we have to provide them. If your brand or agency have made missteps in the past, don't let that stop you from stepping up and acknowledging them—the first step towards closing this gap is to recognize the issue, and continue to educate, learn and grow from the Asian-American community. Through dedicated, nuanced work to solve this problem, the only way we can go is up. 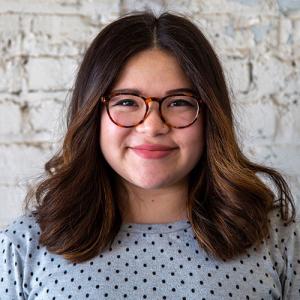