8 Pro Tips That Young Creatives Can Actually Use Right Now

What to focus on, from empathy to stupidity

One thing I often hear from younger creatives, or younger anyones, in our industry is disappointment in the wisdom bestowed upon them by industry icons, gurus and assorted influencers—because it's rarely of any actual use.

It usually consists of myriad variations of: Take risks/chase your dreams/be passionate. Now, that's easy to say sprawled on the teak deck of your Sunseeker, but it's not going to help me solve the thing I have to solve this afternoon so I can go home. Help me do the daily chores better. Help me to HELP ME right now.

So, here are eight "pro tips" you can use right away. Things I've learned that have served me well. They're skewed toward creatives, but like a decent hot sauce, should work for everything.

I once watched an ECD enter a boardroom for a showdown with a frustrated senior client and take a seat at the opposite end of the room from that client. Problem being, the table was at least seven meters long. He then went on and on about how they should be partners and work together more closely, etc. He actually said "more closely" as his monologue echoed around the room. It was less than well received.

This stuff we do isn't that different from most things we have to navigate in life. Open your eyes, and more importantly your ears, and dial in to what's actually happening in critical situations. Not what you feel should be happening or what someone told you may happen. Empathy is key. You need to understand everyone's hopes and fears. Their body language. Words emphasized. Sock choice. Soak it all up.

It won't fix a difficult relationship, but it will make your life a lot easier for the journey you're on with that client, who can't hear you because you're SEVEN METERS AWAY.

That's a slightly click-bait way of saying, "Don't leave shit to chance." Be entrepreneurial at all times. Don't assume things will figure themselves out.

For example, you've got a killer idea that will need to go higher up than usual. Arm your client with what they need for it to survive up there, in that world we cannot know. That might mean ditching the lovingly crafted (read: too long) deck for a simple video that sums up the strategy, idea and execution in a way the client cannot possibly screw up when re-presenting internally.

You press send, they press send—everyone presses send. Pressing send is easy. Pressing play is easy and awesome. Reading and navigating a 154-slide PDF is neither. I can barely bother with my own decks.

I'm speaking figuratively, of course. Your idea is a rugby ball. On your way to the try-line, EVERYONE will try to tackle you to grab that ball. Sometimes even your own damn team. Don't let them.

Survey the field of play. Hold on to that damn ball. Protect it from damage. Swerve mediocrity. And when the time is right, you'll have to pass it to your teammate to score. I hope your planner/designer/account person has got the footwork.

You're probably not stupid enough.

This isn't about the power of stupidity—creatives should already know its value. It's about everyone else's acceptance of its value. This is why brainstorms are so horrible. Only a minority generally tolerate the steady stream of silly B.S. you need to unearth some gold. As people, space and time happen to your idea, it will get weaker and weaker, but something with large reserves of stupid can withstand almost anything, allowing you to arrive at execution with some magic intact.

So allow foolishness to flourish, then add some smart—NOT the other way around. As the great Richard Russell once said: "We're circling something great, and every day the circle gets smaller." If it's not stupid to start with—bin it.

Get that idea back out of the bin. Not everything can be great. Creative leaders, don't kill your people trying to make it so for everything. Identify real opportunities and kill some people then. Otherwise, stop wasting your teams' lives and harassing your clients because of your vanity.

The role of the modern CD is precarious. It has been diminished as advertising has grown up and leaders create tedious three-letter titles, relegating its role to somewhere down there. Thus, creatives are awarded CD status prematurely. But it's such an important role.

I can count on the fingers of one two-fingered hand the CDs who have inspired me on my come-up. Creative directors are the link from the lifeblood to the business. The young to the old. The stupid to the serious. The underpaid to the … look, what I'm saying is, your teams are relying on you not to be dicks. Your teams are not there to serve you up chocolates to choose from while they starve, devoid of actual feedback or direction. Nor are they there to make more of the work you already made. They're there for you to nourish, to teach, hopefully inspire and ultimately to HARNESS. If you're not offering two of these things, you're doing it wrong.

People don't really change. If you don't like the culture in your department or your agency, then no amount of makeovers, forced fun or motivational speakers (with more than eight tips in their PowerPoint) is going to change it. It all starts with who you let in the door. Keep letting the right ones in, so eventually there are more of them than there are the others.

They really don't. Make them. 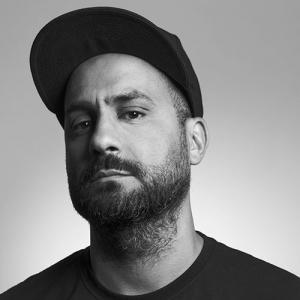