Bringing our clients closer to the makers

It's fair to say recent times have been unprecedented in terms of challenges. A global pandemic has thrown a meteorite across the landscape, forcing us to rethink how we work, how we travel, how we teach, how we learn, our relationships with each other and our clients.

It's been a big period, but if it has one strength, it's that we've been forced to look at the future with a new plan.

More than ever, we've asked ourselves, as creatives and producers, how can we go further in helping clients meet the challenges of now? And what is our role as a creative technology studio?

It's from this position that we've pledged to bring our clients closer to the makers of content. Not blind them with science or overburden them with terminology, but show them new opportunities and ways in which we can innovate, together.

Which is why we recently produced a white paper, Virtual Production: Why Real-time Is the Future, available here.

It's a topic we feel is most fertile for exploration and expansion.

Why? Because we believe it's enormously impacting the future of advertising.

What do we mean by virtual production and real-time filmmaking?

Virtual production covers a range of technology and disciplines but ultimately refers to a filmmaking method that uses real-time and game-engine tools in production and visualization.

Game engines are the software at the core of video games that can render imagery live, responding to the movements of the game player. They have become increasingly popular for filmmakers as they can add real-time visuals to the production process.

So, virtual production is a method that removes the barriers between live action and visual effects so they can occur simultaneously. It facilitates the creation of virtual characters and environments and enables filmmakers to physically shoot and direct them in real time.

It's been around for a while, but its full potential is now being realized and it's here to be exploited, on a number of levels.

So, here are the ways we see this transforming the future of advertising.

Bringing clients into the creative process and building better relationships as a result.

How we produce and make content has a direct impact on the work cultures we create. We want creativity to flourish and not be burdened by undue process.

A great benefit of a virtual production workflow is the way it enables mass collaboration among creatives, often in different companies and locations. Working in an interactive and real-time environment gives creatives the flexibility to experiment and incorporate live feedback.

Clients can come into the process earlier and stay longer. They are able to look at an object, direct it live, and play with camera angles. They can be physically standing in the room or beamed in remotely. It helps deliver what the client wants quicker and eliminates feedback and surprises.

This, in turn, creates a true partnership.

Artist and director FILFURY summed it up by saying: "It made me come up with ideas on top of ideas."

For creators, one of the most exciting aspects of virtual production is the way it offers infinite creative possibilities. How? The freedom to imagine, express, create, design, build and envisage anything, all without constraints so often experienced in traditional filmmaking methods.

We can push boundaries. Game developers have been designing some of the most incredible and intensely absorbing interactive entertainment in real-time game engines for many years.

Last year, we commissioned FILFURY to direct a brand film to showcase the versatility of Epic's Unreal Engine when it comes to making incredible cinematic moments.

FILFURY enjoyed how quickly he was able to achieve imagery that was almost final. The speed with which he was able to see near-final-quality images enabled him to be even more creative, giving him the freedom to build on the story during production.

This type of production can feed creativity and spawn new ideas quickly.

Virtual production and real-time filmmaking is a powerful partner for brands wanting to create more personalized content, especially when looking to involve their customers and fans in that process.

Last summer we teamed up with Electronic Arts and North Kingdom to deliver an industry first: a system for fans to create over 200,000 unique trailers for Ghost Games' Need for Speed Heat racing game.

Delivering customization on an unprecedented scale, this approach allowed users to create their dream ride and then watch it in action as it hit the streets in their own personalized launch trailer for Need for Speed Heat.

Personalized experiences will become even more important for tomorrow's consumers. And now we have the technology to really deliver on this.

The world's most loved brand mascots have timeless appeal and often engender lifelong fondness, but their role has previously been quite limited to pre-planned spots. Traditional animation also takes a lot of time and a large team of animators, making it costly.

Now we can bypass the weeks it takes to animate a CGI character or brand mascot and create hours of broadcast-ready content in one day.

Kellogg's was able to stage a live interview with Tony the Tiger on the U.S. chat show The Late Show with Stephen Colbert. And Respawn Entertainment were able to bring the beloved Apex Legends character Mirage to life on stage, live and "in person" at the Game Awards.

The possibilities are endless, but we can see a future when an animated character could co-host an iconic event such as the Super Bowl.

Dan Philips, executive producer for creative technology, elaborates: "There's lots this technology can do, but we want to finish with a topic close to our hearts. And a big selling point for this way of working.

"Virtual production and real-time filmmaking can play a crucial role in tackling the climate crisis.

"The recent announcement of Ad Net Zero heralds a bold new stance on climate change, and no one can argue with its ambition.

"We've been shining a light into every corner of our business as well as seeking out new solutions for clients, those which help reduce unnecessary travel, fossil energy and waste, but don't compromise on quality, creativity and impact.

"Virtual production doesn't require live locations, enhances collaboration and saves time and resources. Through virtual sets, the requirement for travel is removed by bringing locations to you. By keeping in this workflow, assets can be lossless and reused throughout, eliminating redundant processes and their associated environmental impact.

"And as a company and as an industry, we need to keep exploring and exploiting all forms of technology that can help us address what should be our biggest priority—saving our planet. After all, it's about time." 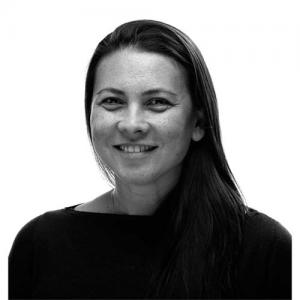