5 Ways to Train Your Brain to Be More Creative

What science already knows about improving your mind

"The mind is just like a muscle. The more you exercise it, the stronger it gets and the more it can expand." —Idowu Koyenikan

Creatives, take note: Athletes, like those just who played in the FIFA Women's World Cup, train and train, for hours on end, to maximize the potential of their bodies. What do we, as creative practitioners, do to improve the performance of our brains, to enhance creativity? Some of us have hobbies and side hustles, adjacent to our more professional, client-driven pursuits. And yes, these are important. But what if we think of creativity as a sport, and approach our "practices" and training in a more conscious and, dare I say, structured fashion? Imagine the possibilities if we begin to train our brains to deliver greater creative work.

In 2012, a group of Outward Bound backpackers agreed to be subjects of an interesting study. They were on a six-day hike without any laptops or mobile devices. On days one and four, they took something called a Remote Associates Test, or RAT, which psychologists use to measure creativity. The results? Flat-out astonishing. The participants scored 50 percent better after spending so much time in nature.

In fact, scientists have been studying creativity and how to improve it for decades. There is even a Creativity Research Journal with articles like "The Cognitive Neuroscience of Creativity" and "Theory in Creativity Research: The Pernicious Impact of Domain Generality." I do not claim to understand all of them, but it's a serious area of study that has attracted considerable academic interest.

Oddly enough, however, people who do creative things for a living are largely unaware of it. No creative department that I know of subscribes to the Creativity Research Journal or talks about its findings. At a time when every agency has data scientists on board, and we talk endlessly about merging data and creativity, we still ignore the considerable data about creativity itself. This is a huge miss. Even if creativity research isn't a pure science, it has certainly uncovered ideas and techniques that could benefit brands and agencies alike.

While there are many different findings in the field, some are, of course, more actionable than others (one finding is that people are more creative when they're happy, which is good to know, but not easy to implement). By no means an exhaustive survey of the more promising avenues scientists have explored to help our creativity, the following lays a solid foundation for exercising our gray matter to enhance the creative process.

The study I cited above is one of many that have demonstrated the brain benefits of being in nature. Spending time outside is relaxing, reduces anxiety, sharpens focus, and apparently makes it much easier to come up with creative solutions to problems. Unfortunately, most agency spaces are the antithesis of nature—beautiful in design, but often severe and artificial. Simply implementing natural scenery into our offices might help, but a better solution would be to take our work outside on a regular basis. Put in on the calendar.

While you're probably familiar with the research on the relationship between meditation and overall mental health, researchers have also delved into its relationship with creativity. What they've found is interesting. Because meditation weakens "top-down" control over thinking, it can assist in creative tasks that involve the generation of new ideas. Mindfulness doesn't seem to increase certain types of creativity (no one has a shown a link to improved performance on the RAT test), but if you're looking for a way to look at a problem in a new light, you could do worse than get your OM on.

A significant amount of study has gone into the study of exercise and mental acuity (if you're concerned about dementia in your family, for example, it's time to hit the track). More recently, physical activity has also been linked to increased performance on creative tests. But gym rats beware: Most of the studies have relied on movement and cardio rather than power lifting. And you could always kill two birds with one stone if you took your exercise into nature. At the very least, make walking meetings a priority.

This is bound to be controversial, but plenty of anecdotal evidence exists for the linkage between drugs and creativity. Jack Kerouac, for example, apparently did the bulk of his writing while high on Benzedrine, which supposedly helped him develop his conversational style. More recently, scientists have found a quantitative link between taking extremely small amounts of psychedelics and creativity. I'm not suggesting everyone acquire a drug habit, but it does seem taking a small amount of shrooms may lead to a big boost in creativity.

Neurofeedback involves training your brain to exhibit certain patterns in a neurological scan. This may seem a little weird, but in a typical exercise a neurologist identifies brain patterns associated with, for example, calmness, and then uses rewards to force your brain to stay in that state. Neurofeedback has been used to help children with ADHD calm down and focus. However, recent studies involving actors and musicians have shown that the techniques could be useful in unlocking creative behavior. More work needs to be done, but could advertising agencies someday have brain scanners on every floor? It's possible.

These are just a few of the tried-and-true ways in which we can enhance our creativity. There are more. Science is only beginning to scratch the surface of understanding what our brain is capable of—and how it works exactly. Ultimately, it's important to understand that the brain is susceptible to influence. We can enhance creativity. Or we can destroy it (by only sitting behind our desks all day). Knowing all this, we owe it to our industry, and to our clients, to take these findings seriously, to dive deeper, and to act. Just as the top athletes do when it comes to their competitive sports and performances.

That is, if we indeed want to win. 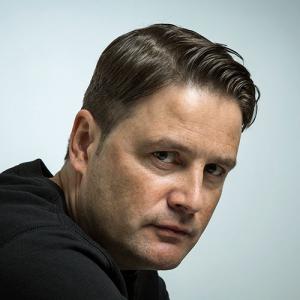