5 Shifts That Are Disrupting How Commercials Get Made

For brands to continue to make ads, they need to adapt to a new model

Thanks to incredible technological advancements and enormous new media fragmentation, technology has completely blown apart and disrupted everything we knew about making high-quality commercials. Covid-19 accelerated this disruption even more by letting brands accept a more nimble and "good enough" approach. It literally forced fewer people to make the same exact thing in shorter amounts of time.

Why so many people and so much time? It's all built on a model that's been around since the mid-1900s: a model built for 90-minute feature lengths, very heavy equipment and gear, months of time, and multiple experts at every task. It doesn't stop with filming. Postproduction follows suit with elaborate comfy edit suites, tons of time, and crazy-expensive hardware and software. All catered to the almighty "big" screen.

But aren't screens getting smaller? Even before Covid, most people gave up the big screen for good as their 65-inch 4K flatscreen proved a better experience. People are also gravitating to longer episodic experiences to binge on their own time throughout their own busy lives, while Gen Z (and soon Gen Alpha) are going to even smaller screens and watching all their media from the privacy of their own pocket. In the U.S. alone, we spend an average of 323 minutes a week watching videos on our phones. This is a trend that's growing, and the industry needs to get out of its own way and adjust to it.

Let's consider what's next for the commercial making industry:

Each year, high-quality cameras and lenses are getting better and cheaper to purchase. Sony and Canon are currently going head-to-head with new features unheard of just a few years ago. Things like 8K video, autofocus face detection and image stabilization help make smooth and usable shots happen; not to mention incredible low light "fast" lenses that require less lighting gear—and people—to shoot with. There's also companies like DJI that are helping people capture cinematic shots with an arsenal of high-quality drones and steady-cam equipment. Apple and GoPro are improving their cameras every single year. If you have the creative and technical skills, you could have Hollywood-level video production in your backpack.

As of today, more than 2 billion people use YouTube. That's one-third of all internet users. Why on earth are we choosing to shoot video on a giant $100k+ Hollywood movie camera with $100k+ cinema lenses? After YouTube does its compression, people never see that quality anyway. Apple put out a few "Shot on iPhone" commercials that looked stunning. Photographer Chase Jarvis once said, "The best camera is the one that's with you." This now applies to video as things improve year over year.

New media channels, including Netflix, Hulu, HBO Max, Apple+, Amazon, Disney and Paramount+ will see advertising dollars shift as brands will need to consider these channels as much as they considered the "traditional" ones. Episodic content, documentaries and cinematic feature films can absolutely be made by brands. They just need to accept a scrappier and more nimble approach.

At any given moment, there is an aspiring 14-year old filmmaker willing to teach you everything about directing, cinematography, cameras, lenses, editing, sound, color, visual effects, etc. All for the extremely low price of free. You just need to be willing to learn and experiment with the inexpensive high-end equipment you now have access to. Amateurs aren't the only ones giving away professional knowledge. I've watched Masterclasses with the famous cinematographer Roger Deakins, the famous director Taika Waititi, and took a deep dive into how Chloe Zhao beautifully crafted her new movie Nomadland.

Some of the best commercials are often the cheapest and fastest to make. Take FedEx's apology commercial for Super Bowl 32, where they literally ran color bars for 30 seconds, apologizing for using the wrong shipping company. Reddit won this year's Super Bowl ad war and the entire internet with their 5 seconds of fame that cost nothing to make.

If brands are going to continue to make commercials (which of course they will), they need to be open and flexible about how those spots are made, the type of equipment being used, and where the content is going. They should be as flexible with their production budgets as people are flexible with where they watch their favorite content. 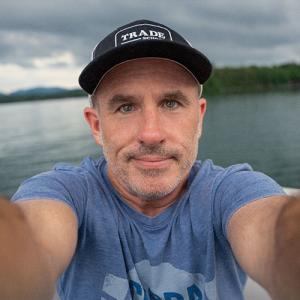