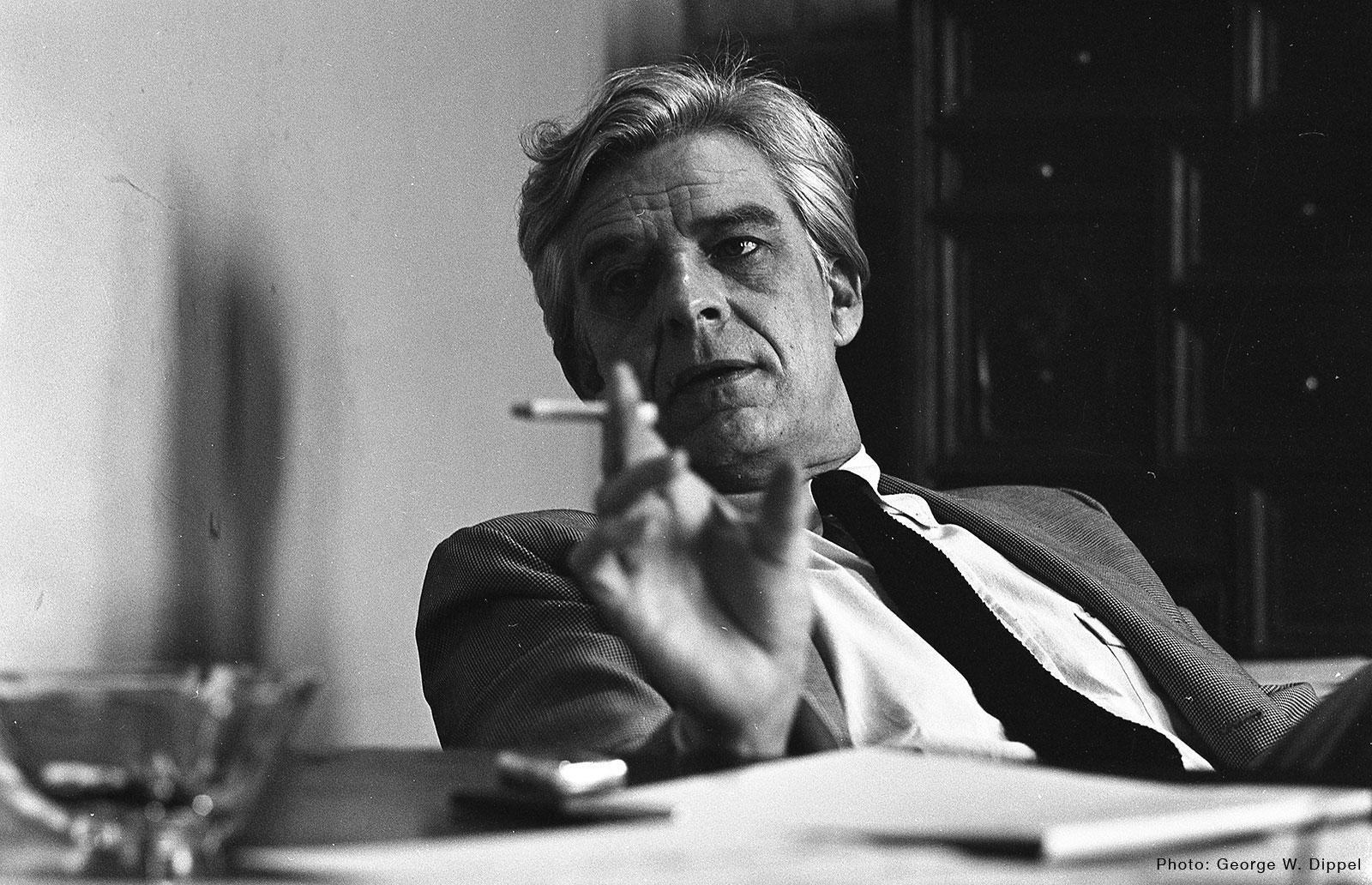 5 Modern Advertising Lessons From a Guy Who Died in 1969

The enduring wisdom of Howard Gossage

With Netflix, YouTube Red, premium Spotify and ad blockers, it's never been easier to avoid advertising. Now more than ever, if we advertisers want people to listen, we have to earn every second of their attention.

Nobody understood this better than Howard Gossage, a San Francisco adman who died in 1969, nearly half a century before Snapchat invented rainbow barfing.

Rich Silverstein once said he and Jeff Goodby started their agency, in part, because of Gossage. And Goodby has said, "The best of Gossage is the best advertising ever done."

So, what modern lessons can we learn from this guy in 2018?

When Howard Gossage was asked to write a newspaper ad that would encourage drivers to use a particular brand of gas station, he didn't try to write a catchy slogan or stop people in their tracks with a stylish photograph. 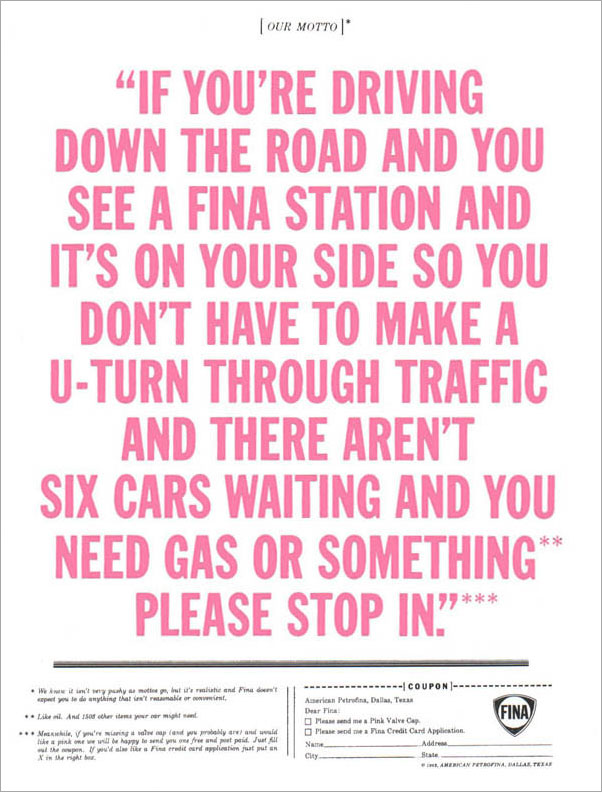 The modern lesson here is to recognize the power of honesty to cut through the clutter. To use the uncomfortable truth to your advantage. Just look at the social media frenzy surrounding Childish Gambino's music video for "This Is America"—a confrontational, honest look at racism, gun violence and police brutality in America.

Or, going a few years back, the power of Chipotle's brilliant "Back to the Start" campaign—an honest look at the factory-farming industry.

"Nobody reads advertising. People read what interests them, and sometimes it's an ad."

This is Howard Gossage's most famous quote. And it's still just as relevant today as it was when he said it.

The modern lesson here is clear: Make things people would watch voluntarily. It seems obvious, but it's so rarely done.

Some friends of mine at Goodby Silverstein & Partners recently made a Super Bowl campaign for Mountain Dew and Doritos featuring a rap battle between unlikely celebrities. The TV spots seem more like funny videos you'd find scrolling through Reddit than ads. Needless to say, the public loved the campaign and responded with their wallets, making it one of PepsiCo's most successful product launches.

When plans were drawn up to flood the Grand Canyon in 1966, Gossage turned to an unlikely form of advertising held in very low regard by his creative peers—coupons. In his print ads for the Sierra Club, he turned coupons into prewritten protest letters that people could sign and send to their senators. Essentially, he had turned print advertising into an early version of Change.org, making it easier than ever for people to protest. His campaign was successful (obviously). 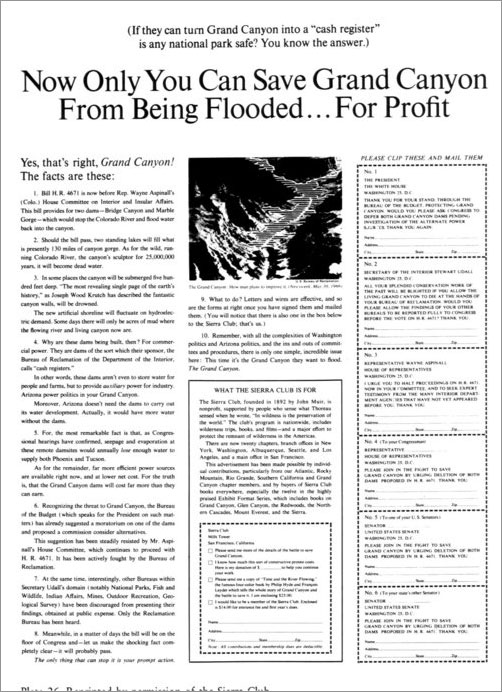 The modern lesson here is to embrace people's laziness. To recognize that sometimes our intentions are good, and if someone just removes the barriers, we'll take action. A brilliant, more current example of this is Kolle Rebbe's outdoor campaign for Misereor, a charity in Germany, from a few years ago. They made posters you could swipe with your credit card to instantly donate.

Lesson 4: Give people something to talk about

In Maslow's hierarchy of needs, belonging is the most important human need after food, shelter, security and, of course, sex. A big part of belonging is having things to talk about. Howard Gossage understood this human need better than most advertisers. Long before Cannes offered a PR Lion, Gossage was inventing interesting ways to get people talking about his clients.

For example, to increase the advertising spend of airplane manufacturers for Scientific American, he created a paper-plane competition in which 5,144 plane makers from 28 countries submitted 11,851 paper planes. 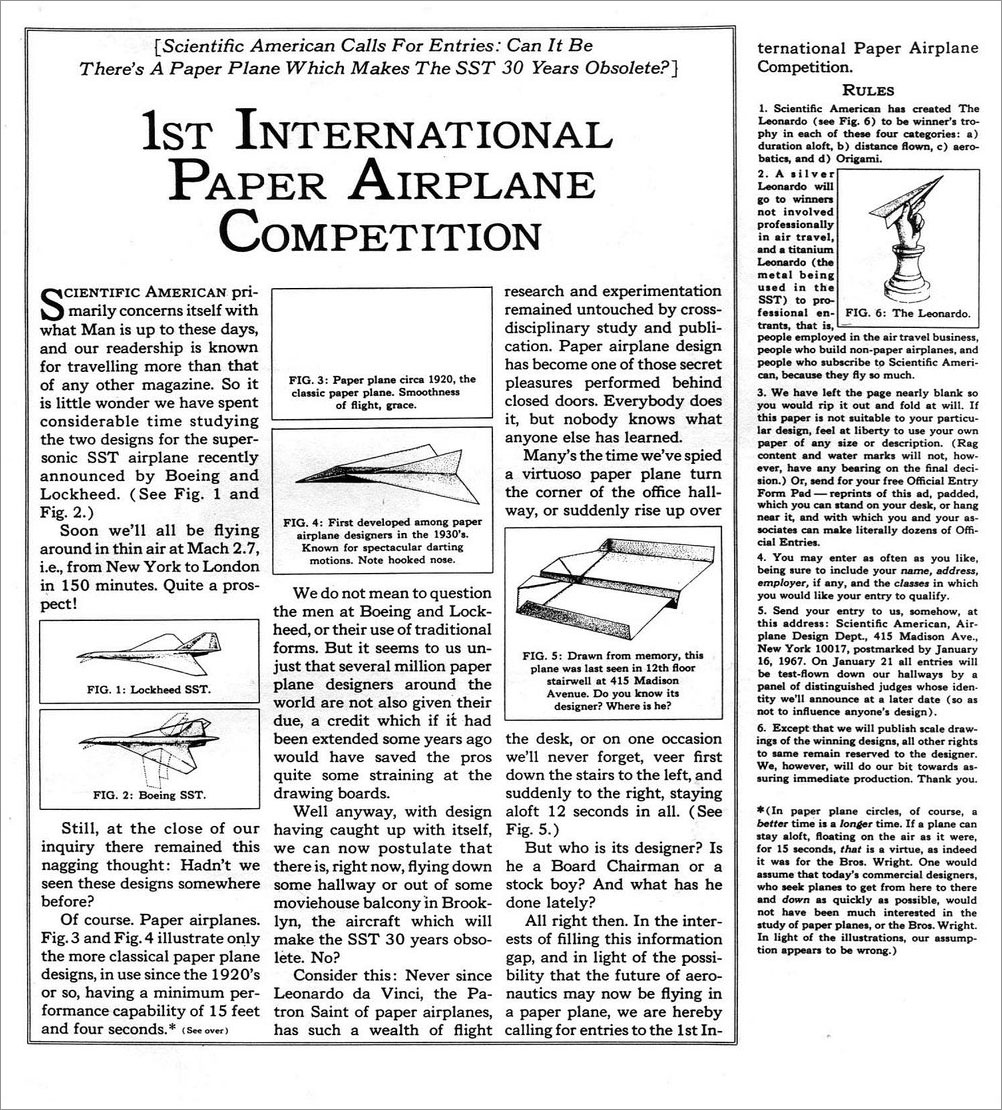 The modern lesson here is to put our ideas through the tweet test. By that, I mean describing our idea in a tweet as if it were someone else's work and then asking ourselves honestly if we'd ever actually post about it.

When we were developing our "Square Shakes" for Sonic Drive-In—the world's first milkshakes designed to be Instagrammed—we spent ages crafting a colorful, visually arresting series of PR images that positioned our idea more as a design story than an advertising one. It paid off. "Square Shakes" was picked up by media outlets ranging from Mashable to Vice to Fox to the Huffington Post. Even Instagram Instagrammed it.

Lesson 5: Accept that sometimes the smartest idea is a stupid one

Airline advertising is pretty conservative these days. I can only imagine how conservative it was in the 1960s, when Gossage's agency had the Qantas account. Yet somehow he convinced them to do something beautifully stupid—give away a live kangaroo. He also ran a promotion for FINA gas stations in which some lucky person won 15 yards of pink asphalt. He invented the Beethoven sweatshirt as a promotional item for a classical-music radio station. The list goes on. 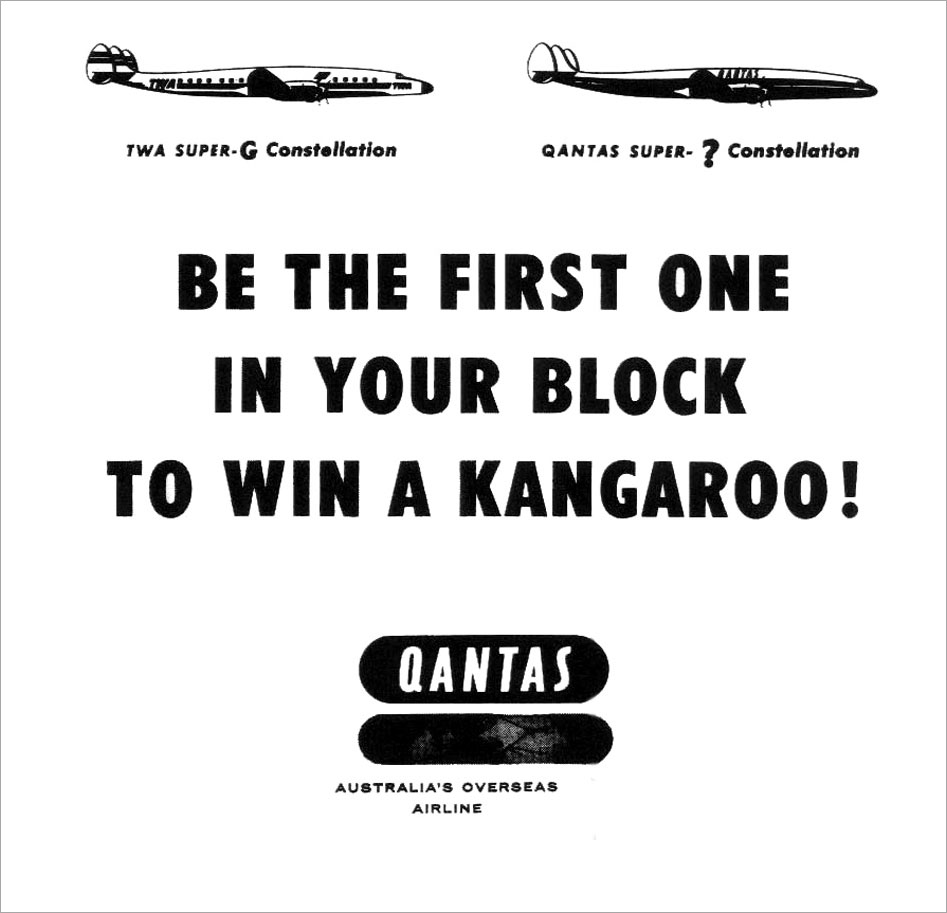 The modern lesson here is an important one: No matter how many audience-insight decks we've read, or how accurate our targeting tools are, at the end of the day, consumers are just people. And people love nothing more than when some person or brand blows huge amounts of cash on a bit of stupid fun.

Dutch artist Florentijn Hofman's gigantic rubber duck is a great contemporary example of this. It's silly. And that what makes us talk about it. 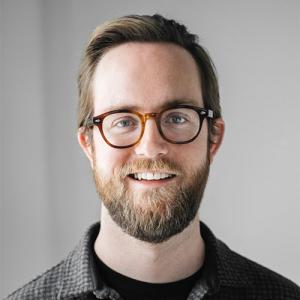