10 campaigns that evolved the space this year

2019 saw an ongoing theme of brands and influencers teaming up to impact the world more powerfully with the content and projects they put out to the world. We saw talent specifically take a shift to use their voice and social influence to drive change, whether that be politically, environmentally, for equality and diversity. Influencer marketing used its stature to mean more, and brands followed.

Here's a roundup of some of the best examples in 2019 of brands and influencers coming together to impact positive change.

We start our lookback on the year with this stellar campaign from Jo's Cervical Cancer Trust in January 2019. This charity is the U.K.'s leading cervical cancer charity campaigning for change, providing support and trustworthy information to women.

This campaign launched during Cancer Prevention Week, an initiative with a clear aim to increase and drive the number of women booking cervical cancer screening appointments. Data found that those aged 25-35 are put off by having smear tests due to feelings of embarrassment and concerns about being hurt. They surveyed more than 2,000 young women about their experiences and found that, of 915 women who had delayed a test or never gone for screening, 71 percent felt scared while 75 percent felt vulnerable.

The creative idea was superb: Women would smudge their lipstick, take a photo and post #smearforsmear. Celebrities and influencers were on board to spread the news and generate mass awareness. They included Cara Delevingne, Georgia May Jagger, Chloe Sims, Rita Ora, Suki Waterhouse, Tamsin Grieg, Rachel Riley and Mandip Gill.

Sir Paul McCartney launched a campaign to mark 10 years of his Meat Free Monday movement. To the mark the organization's 10th anniversary, the singer announced the launch of the #MFMCountMeIn campaign, aiming to raise awareness of what people are doing to reduce their meat consumption and inspire more people to do the same. Fellow Beatles musician Ringo Starr, actors Tom Hanks and Rita Wilson, singer Ellie Goulding and television chef Ainsley Harriott were also involved in the campaign supporting the movement and creating content to show their take on Meat Free Mondays.

This campaign empowered the public to have a say on climate change and have the chance to be heard during the 2018 UN Climate Change Conference. Sir David Attenborough, Ellie Goulding, Naomie Harris and hundreds of influencers rallied social media users to send their hopes, fears and ideas to help shape David Attenborough's landmark speech, which he delivered to UN. It was heard by over 1.2 billion people, but most importantly, the politicians listened—signing a historic agreement on how to fight climate change.

Brexit has been the pre-eminent theme for the past three years in the U.K. and is dividing the country—a decision that was made before many young voters, who are now eligible to vote, could influence in 2016. When someone like Stormzy uses his platform to remind his young followers that the upcoming election isn't just about Brexit, or even the lead politicians, but also about policies that effect their everyday life—from education, to health care, to worker's rights—this election matters to everyone. Encouraging more young voters will create a level playing field where all voices and therefore votes can have an impact on democratic decision making. This campaign demanded attention and played its part in the unprecedented youth voter registration the U.K. saw this November.

According to new research led by Swiss University ETH Zürich, the restoration of trees remains among the most effective strategies for climate change mitigation. They claim that a worldwide planting program could remove two-thirds of all the emissions that have been pumped into the atmosphere by human activities.

For World AIDS Day, Durex and (Red) teamed up to support the fight against AIDS, unveiling a special (Red) product range. They asked creators to join the conversation with the hashtag #HaveSexSaveLives.

A portion of funds raised from the sale of the limited edition (DUREX™)RED 's condoms will be donated directly to a project in South Africa, where currently 7.2 million people are living with HIV or AIDS.

The aim of Revlon's #ICanSoIDid Influencer program was to support their global campaign starring the likes of the inspiring Ashley Graham and Gal Gadot. The brand enlisted influencers to encourage their followers to harness their strength and individuality by staying true to their authentic selves and empowering themselves. The messaging goes beyond just external beauty, but also confidence internally.

Burt's Bees partnered with National Geographic to launch the Burt's Bees #ChangeForNature campaign, and when the social media "lights" turned back on, the brand encouraged consumers to make a pledge to embark on their endeavor to cut down on food waste and single-use plastics for the sake of our environment's vitality. 13 Reasons Why actress Alisha Boe joined Burt's Bees for the campaign by becoming their new spokesperson and using her platform to spread awareness. She encourages her followers to make their pledge to Burt's Bees, which donates $10 to the National Geographic Society for each pledge received. Taking on this role was a natural move for Boe, who plays her part in protecting Mother Nature by eating a plant-based diet, avoiding single-use plastics, and remaining committed to raising awareness to maintain a thoughtful dialogue about environment and climate change.

Bumble | In Her Court

Bumble's "In Her Court" campaign was launched in January 2019 with Serena Williams starring in their female-led Super Bowl commercial. The initiative was supported in brand work with the likes of Elaine Welteroth and Danielle Prescott. The campaign encourages women not to wait for permission to make important decisions and take steps in their life. This applies to all aspects of their lives, both personally and professionally.

Earlier this year, Avon released a campaign to promote its "Smooth Moves Naked Proof" anti-cellulite cream, a product to combat lumps and bumps. The beauty brand was accused of capitalizing on people's insecurities by presenting cellulite as a flaw, rather than a normal body feature that many women experience. In one execution, the message read, "Dimples are cute on your face (not your thighs)," set against the image of a giggling, cellulite-free woman. Jameela Jamil, actor and activist, called Avon out publicly for "shaming women about age, gravity and cellulite. They're inevitable." Her tweet was retweeted over 12,000 times. Avon not only apologized to its consumers but pulled the campaign entirely. Jameela used her presence in the media to make a mark and call out inappropriate advertising.

And yet EVERYONE has dimples on their thighs, I do, you do, and the CLOWNS at @Avon_UK certainly do. Stop shaming women about age, gravity and cellulite. They’re inevitable, completely normal things. To make us fear them and try to “fix”them, is to literally set us up for failure pic.twitter.com/78kqu3nHeE

Jameela has continued to be highly vocal on her opinions about body positivity, as well as being an outspoken advocate for feminist empowerment. She has continued to use her social influence and voice to bring attention to other campaigns and issues that fail to champion body positivity. For example, she wrote a fierce and compelling opinion piece for the BBC which began the conversation around making Photoshop and airbrushing illegal, and she rightly criticized Flat Tummy Co. (a food supplement company that is heavily endorsed by Kim Kardashian) for its sexist approach in recent campaign, which featured a woman biting on a lollipop with the line, "Girl, tell them to suck it." Jameela complained that the absence of men implied that only women faced social stigma to achieve the perfect physique.

EVEN TIMES SQUARE IS TELLING WOMEN TO EAT LESS NOW? Have we actually gone mad? Why aren’t there any boys in the ad? Why is it fucking PINK? Because you feel men can look however they want? Their goals are to be successful. But ours are to just be smaller? Fuck off @FlatTummyCo 🤮 pic.twitter.com/douKKwedxf

All these campaigns reflect how consumers are beginning to feel that more and more influencer posts misrepresent real life, and how having an influencer use their platform to push for greater honesty across the media is a powerful tool to help stop this repeating in the future. 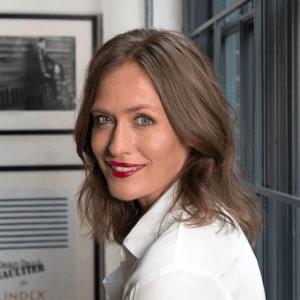