Why Some Sonic Logos Actually Hurt Their Brands During Covid

5 takeaways from our recent study

Does a major cultural and society shift, such as the pandemic, affect consumer perception of a brand? And what role does sound play in this dynamic?

This summer, sonic branding studio Man Made Music, together with research firm Sentient Decision Science, investigated whether the current cultural shifts in the U.S. due to Covid-19 impacted how brands are perceived. They sought to determine whether brands' sonic signatures are helping or hindering that perception. Sixteen sonic logos currently in the marketplace were evaluated, across automotive, CPG, entertainment, financial services, healthcare, media, tech, telecom and travel, including Southwest Airlines, Honda, T-Mobile, American Express, Hulu and more.

We knew through over five years of collaborative research into the subconscious impact of sonic logos on brand perceptions that a brand's visual logo is a key memory trigger, but it is the sonic logo that infuses the brand with meaning and emotion. Research showed the two work hand in hand—the visual logo opens the neural pathways, and the sonic logo provides the meaning.

The data were collected in late June, a time in which Covid-19 infection cases were resurgent as states relaxed their stay-at-home orders. Throughout the first wave of restrictions, consumers had gotten a heavy dose of Netflix as they tried to relieve the tedium of being largely homebound. The study showed the extent to which Netflix was an important emotional lifeline to many, with the brand's visual logo scoring the strongest emotional appeal of the 16 brands tested—in the 99th percentile of all brands ever tested by Sentient. On the downside, however, the sheer overexposure to the "dun dun" sound played during the app launch and prior to each video meant the emotional appeal of the sonic signature itself had declined to an emotionally neutral level. When combining the sonic and visual logos, the relatively poor performance of the sonic logo dragged the brand's overall emotional appeal down by 10 percent. The fact that the sonic logo was so overexposed, with no modifications made to it, actually hurt the Netflix brand's emotional appeal.

Historically, the sonic logos tested in this study perform very well. But the new research showed that sonic logos have to be adaptable, too. For example, during the pandemic this summer, consumers did not connect with the ubiquitous somber piano music (as Microsoft Sam so astutely pointed out this spring). What's helping brands connect with consumers at the moment are logos with sonic structures that are rich, situationally appropriate without feeling pandering, and hopeful for the future. The sonic logos for two healthcare-related brands, for example—Abbott and the Alzheimer's Association—are executed in a quieter dynamic (mezzo-piano), with a slight rubato feel for a greater human quality to the performance, and both climb upward in melodically distinctive ways.

For a sonic logo to add positive value to a brand's emotional appeal, it must:

McDonald's and Old Spice are two brands whose sonic logos have historically been quite successful at infusing their brands with a playful and happy quality, significantly lifting the overall emotional appeal of their brands. Although both brands' visual logos still trigger strong, positive emotional responses, their sonic logos tested below average during Covid and well below past levels. The emotions behind McDonald's peppy and upbeat "da-da dah dah dah," and Old Spice's cheery and carefree whistling, actually triggered negative emotions among a wide swath of the public. Exposure to the visual and sonic logos in combination actually drove both brands' overall emotional perceptions into net negative territory—not just a decline like Netflix, but into negative emotional space—because the sonic component of the logo simply felt inappropriate to the times, and perhaps triggered frustration at not being able to visit the restaurant, or not needing to use a fragrant toiletry product during a lockdown.

On the end of the spectrum, T-Mobile's sonic logo has a tempo and tone color that are rich, bright and upbeat, without crossing over into joy and happiness in the same way that McDonald's and Old Spice do. As a result, it has maintained an effective emotional connection with consumers throughout the pandemic and is reinforcing the brand's strong overall emotional appeal without needing situational modification.

Exposure to the Alzheimer's Association's visual logo typically triggers negative emotion—it's never pleasant to be forced to think about a devastating disease. But surprisingly, the association's sonic logo had the second strongest emotional appeal of the 16 tested, and was able to lift the brand from an emotionally negative space to an emotionally positive one. It's not somber, but not inappropriately joyful either. It doesn't try to be purposely uplifting, but it does evoke a mission to instill "hope." It's an uncomplicated but expressive melody; the final note becomes an unresolved suspended tone, which poignantly evokes a sense of turning the page to the next chapter of a not-so-scary story—the lack of resolution doesn't evoke uncertainty but instead, a sense of bravery, hope, of continuing to look ahead. Misery doesn't love company when it comes to music and sound, and somber piano music only reinforces we're in a dark time. What the Alzheimer's Association did was communicate through sound that "there's hope at the end of this." It seeks to capture what happens once we put darkness behind us.

Replace or remove the sonic logo when needed.

If brands don't have the capability to adapt the sonic logo to the times, it's better to market without it. As the automotive industry starts to show signs of life once again, car brands are cranking up the advertising. Honda's simple two-note logo has historically boosted the brand's overall emotional appeal but is actually hurting it now. Whether the piano notes are triggering associations with the dreadful spate of "unprecedented times" references or just aren't sonically rich enough to connect to the complex emotions that most of us are experiencing right now, it is clear Honda would be better off not using its current sonic logo at all.

The emotional impact of sonic identities are not static, and it is incumbent on brands to continually monitor and reassess their impact. If you measure them at a point in time when developing them, you need to continue doing so as society evolves, most especially for appropriateness and brand impact during times of uncertainty and change.

The largest takeaway? All sound and music need to adapt.

This extends to music selections, playlists, sync for advertisers, curated soundtracks in retail environments, app and smart speaker sounds, playlists used at event activations, mobile kiosks and more. Of course, as the digital experience with brands and products continues to evolve, the role of music and sound will grow increasingly top of mind and should continue to be reexamined on an ongoing basis.

What the findings indicate is the significant role sonic logos play in infusing a brand with emotional qualities. Notably, brands such as Netflix and McDonald's, which did not change their sonic logos to reflect current market conditions, suffered.

As brands work through their marketing strategies into 2021, against the backdrop of the pandemic, social unrest and the presidential election, it's imperative they recognize sonic's ability to move the needle one way or the other. 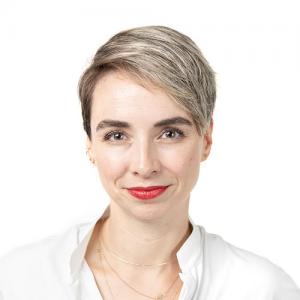