In the '80s, MTV completely redefined the way we discovered music, thanks to a new medium: the music video. With high production values, music videos gave up-and-coming artists like Madonna and Prince a defining visual aesthetic that cemented their status as icons. Even now, decades later, songs like "Take on Me" and "Thriller" are just as famous for their classic videos (if not more) as the songs themselves.

But now, the heyday of the music video is long gone. Today, we know MTV and VH1 more for reality shows like Teen Mom and Love & Hip Hop than for the iconic videos they launched. But here's the funny thing: Music videos haven't lost their popularity. In fact, they're 95 percent of the most popular YouTube videos! Why are music videos still so important, especially in the midst of this pandemic? And how can we bring this art form back into the mainstream?

Decades before YouTube and TikTok even existed, music videos were pioneering the art of short-form entertainment. And it's precisely their short length that makes them perfect for today's digital age. With whole generations now growing up on fast and flashy online videos, music videos have the pizzazz and brevity to keep these viewers engaged and craving more.

Music videos are social and shareable.

Music videos are perfect for today's social media age. In the golden age of MTV, fans could only sit and watch their favorite videos on TV. Today, social media platforms like Facebook, Twitter, and YouTube have made it possible for fans to directly interact with their favorite music videos by liking, commenting and sharing—building entire communities of music fans in the process.

Keep us entertained in a crisis.

Now that none of us can leave our homes, we're all desperate to be entertained. Music videos are the perfect form of entertainment for both our eyes and ears—and they're just as good on our mobile screens as they are on our TVs. Not only do music videos ease our boredom and anxiety, they also provide us with a much-needed escape in these current crazy times.

Music videos are the perfect way to entertain yourself while working remotely. There are music videos for every single mood, whether you want to pump up, calm down, laugh, scream or cry. Music videos are just short enough to provide a momentary pick-me-up without fully diverting you from your job. (And since you're at home, your boss won't know you're watching them!)

Music videos aren't just for "young people" or "old people." From the early '80s to today, there have been almost four decades of music videos as a popular form of entertainment. Now that the people who grew up watching MTV in the '80s are having their own children, it's likely we'll see a new generation being brought up to appreciate music videos.

What do Michael Bay, David Fincher and Spike Jonze have in common? Yes, they're all famous movie directors, but also ... they all got their start directing music videos. Music videos gave all these visionaries a testing ground to define their creative aesthetic before moving on to the longer, more expensive medium of feature films. Without music videos, it's possible we never would've had some of the classic films that came from these iconic directors.

Artists can define their image.

Any famous pop artist knows that their image goes far beyond their music. We also identify artists by their visual aesthetic, from the baggy clothes of Billie Eilish, to the colorful cowboy suits of Lil Nas X, to the face tattoos of Post Malone. And music videos are the perfect way for artists to cultivate an aesthetic to complement their sound. Would Beyoncé have ever become Queen Bey without iconic videos like "Single Ladies" and "Crazy in Love"?

But the power of music videos goes far deeper: They've also become a platform for artists to share their personal values with the world. Music videos like "This Is America" and "Formation" tackle issues like police brutality and systemic racism. When songs have political undertones, the powerful visuals of their music videos take their messages a step further, empowering their artists to say, "This is what I stand for."

Music is the most personal form of content out there. It provides us with deep, lasting emotional connections that other media cannot match. Music videos strengthen that intimate connection by adding powerful visuals. Think of Sinead O'Connor's video for "Nothing Compares 2 U." The fixed close-up on O'Connor's face as she sings provides a raw visual dimension to an already moving song.

Music videos will revitalize the industry.

The whole music ecosystem will benefit from a revitalization of the music video. We are at peak demand in audio and video: With so much content to choose from, music fans are overwhelmed and don't know what to listen to. Radio and playlists drive music discovery, and a return to well-curated music video channels is a natural way to stimulate interest among fans.

What's next for music videos?

Nowadays, many labels feel they can't make music videos because there isn't a dedicated platform outside of YouTube. This results in less money going to music videos, stifling a popular form of entertainment that's led so many of us to discover our favorite songs and artists.

Loop does all this—and also brings music videos wherever fans want them—both inside and outside their homes. Once venues open again, Loop will give artists the first way to reach their fans with videos wherever they are (mobile, at home, in venues) all in one platform.

Now, more than ever, we need a platform optimized to support music video discovery—while artists are sidelined, and we're all stuck at home. 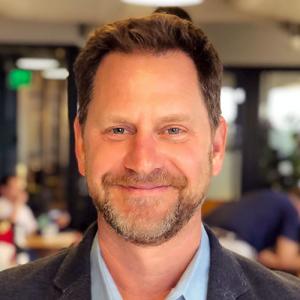 Jon Niermann
Jon Niermann is the CEO and Co-Founder of Loop Media, an innovative streaming media company focused on premium short-form video for businesses and consumers.
More from Jon Niermann