Crunch your numbers on the year-end microsite

Spotify enjoys digging into user data for its now-traditional end-of-year "Wrapped" billboard campaigns. Now, for the next phase of the campaign, that data is about to get very personal indeed.

In a stunt it's calling "Overshare," the streaming audio service is giving users the chance to opt-in and have their personal listening data flashed on a billboard, for all to see, in one of six major foot-traffic hubs around the world—Times Square in New York, Piccadilly Lights in London, Forum Des Halles in Paris, Eaton Center in Toronto, Rosa-Luxembourg-Platz in Berlin, and Melbourne Square in Australia.

First, you have to check out your data habits for the year. To do so, visit spotifywrapped.com and log in with your Spotify account. Using a nifty interface, the microsite shows some interesting data points (top artists and songs, plus some more esoteric info)—and then, at the end, it encourages you to share the data in social.

One of the buttons reads "Share on a Billboard." A select group of users will get their data splashed on digital boards in the locales mentioned above. 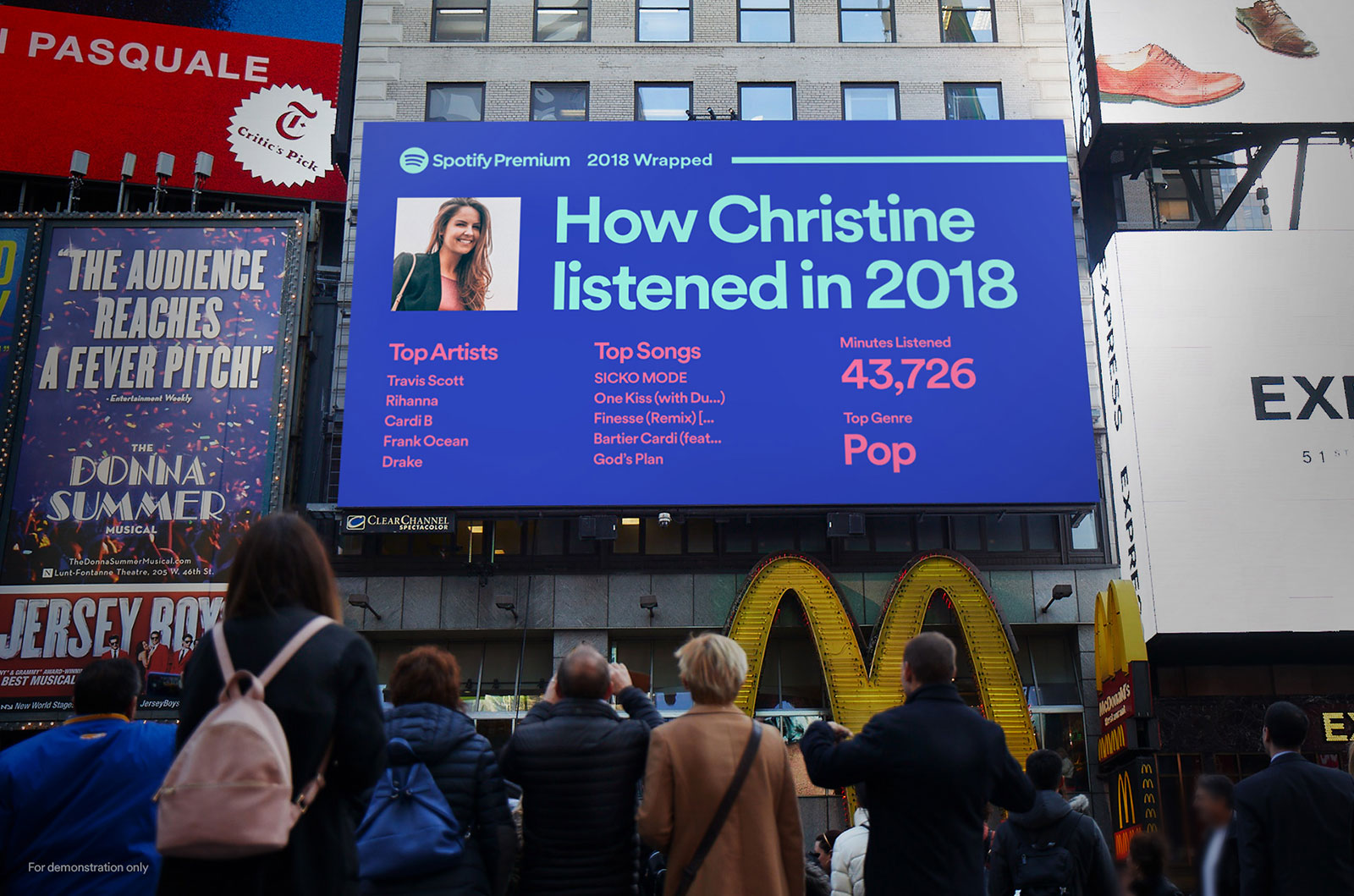 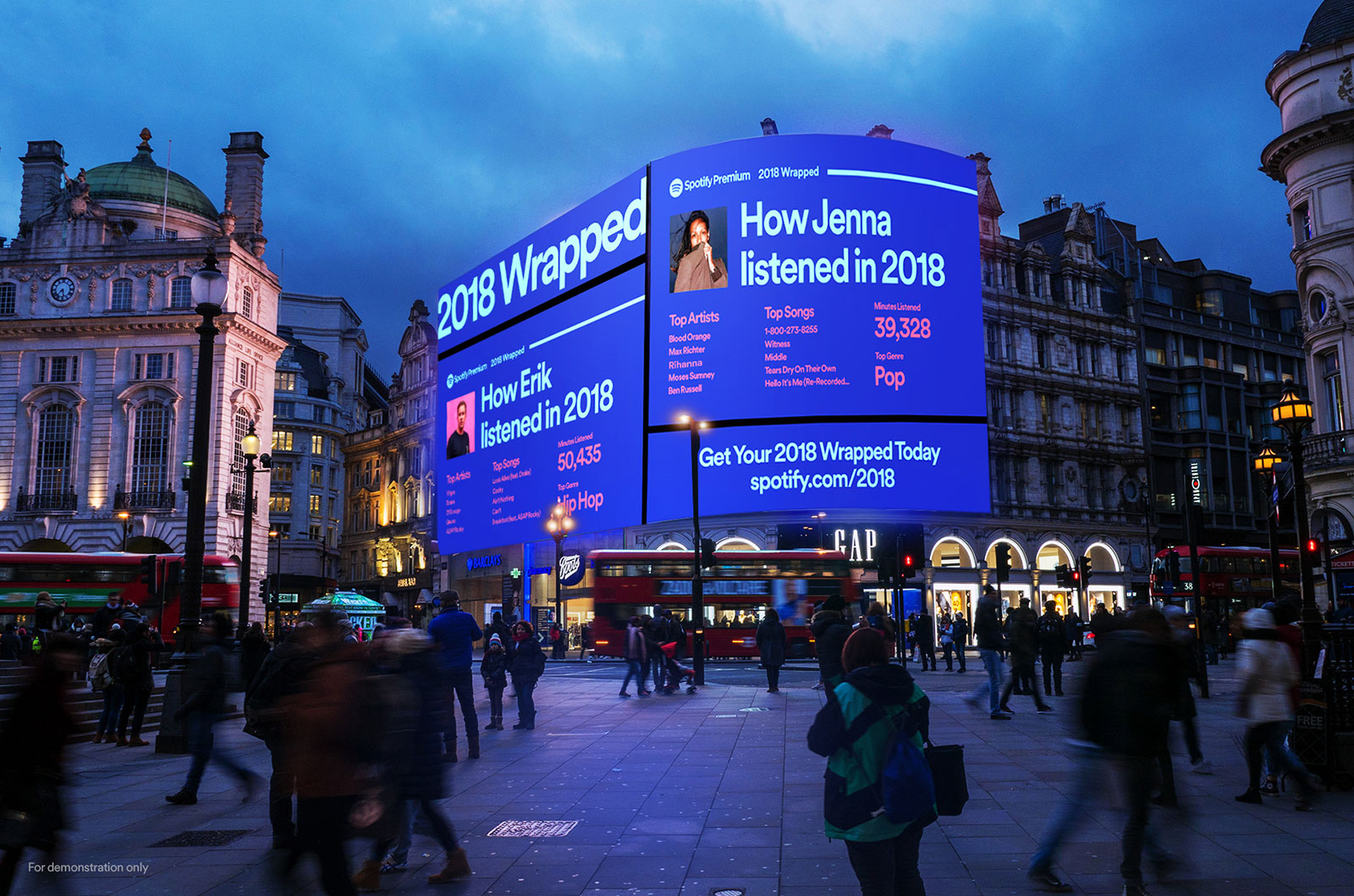 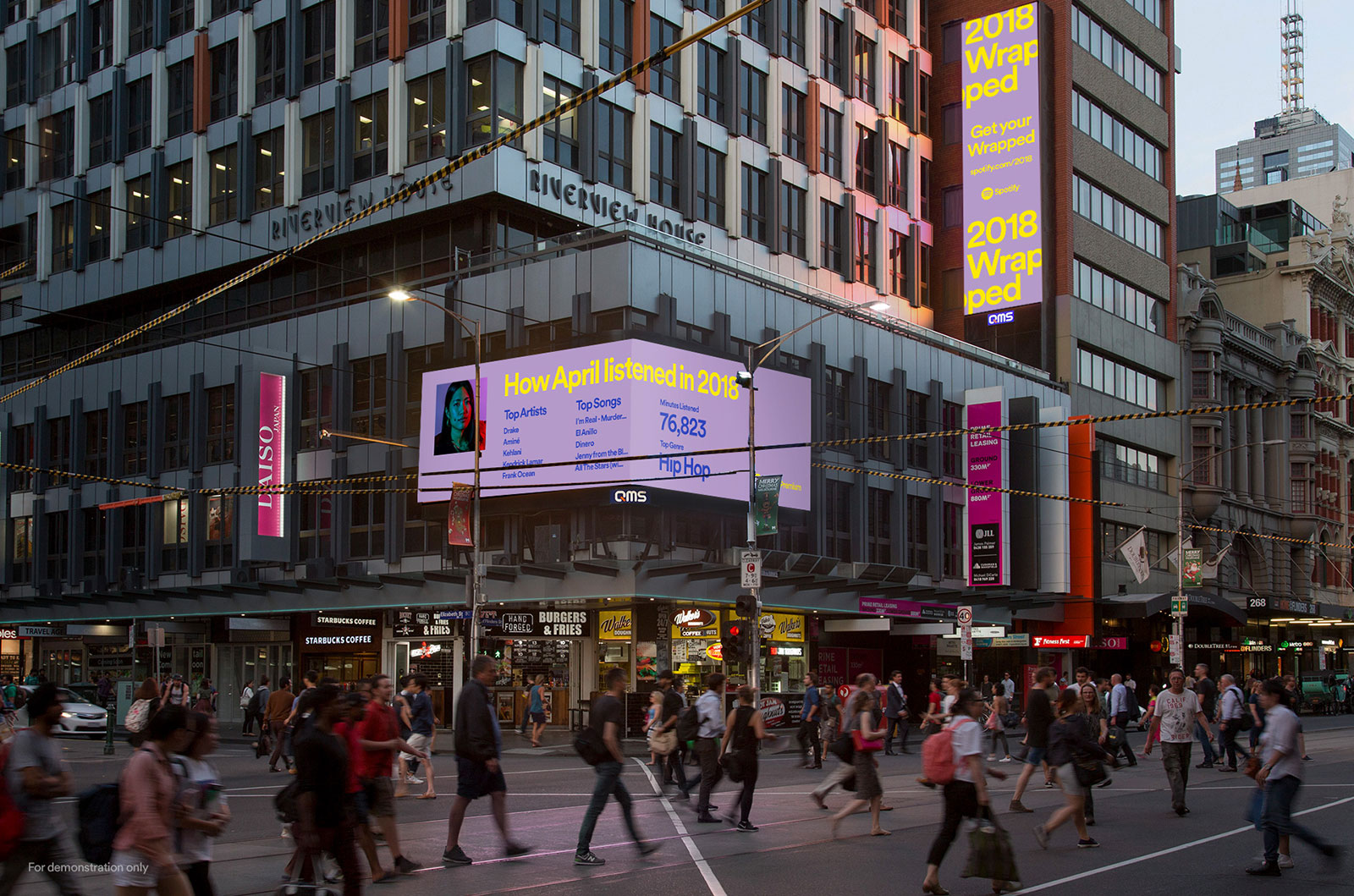 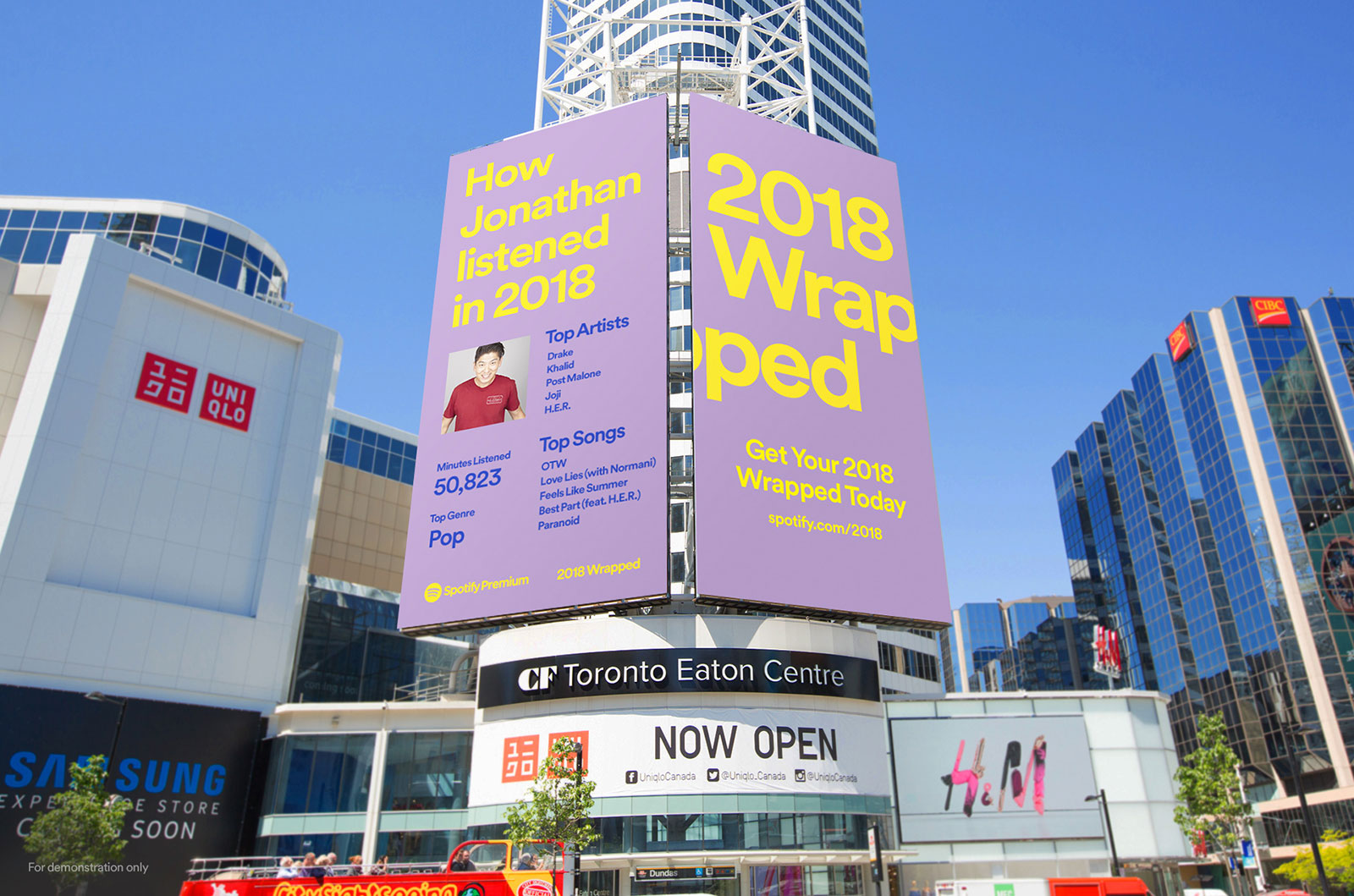 In another somewhat random but cool piece of the campaign, some Spotify Premium fans in the U.S. received an exclusive early sneak peek of their Wrapped 2018 top artist in the form of a physical puzzle. 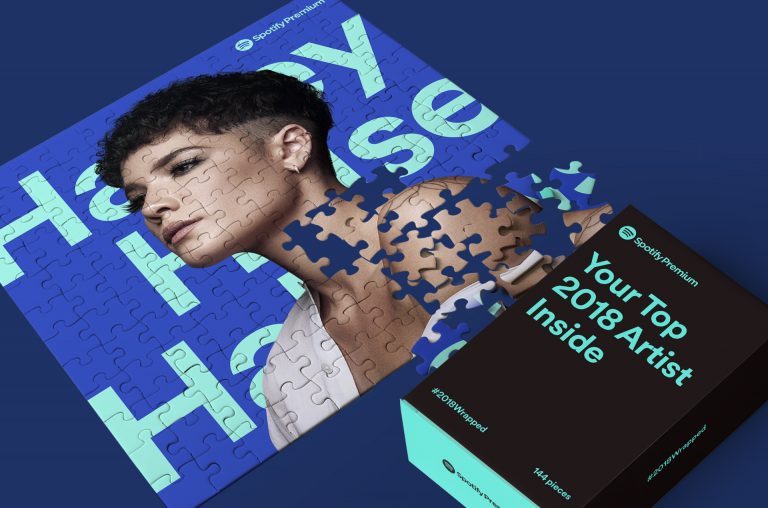 Spotify is also launching 2018 Artist Wrapped, where artists can access their own individualized Wrapped microsite—featuring data like most popular songs by month, total fan hours streamed, how many fans they’ve gained this year, and more.