Spotify Gamifies Its 'Wrapped' Billboards Looking Back at 2022 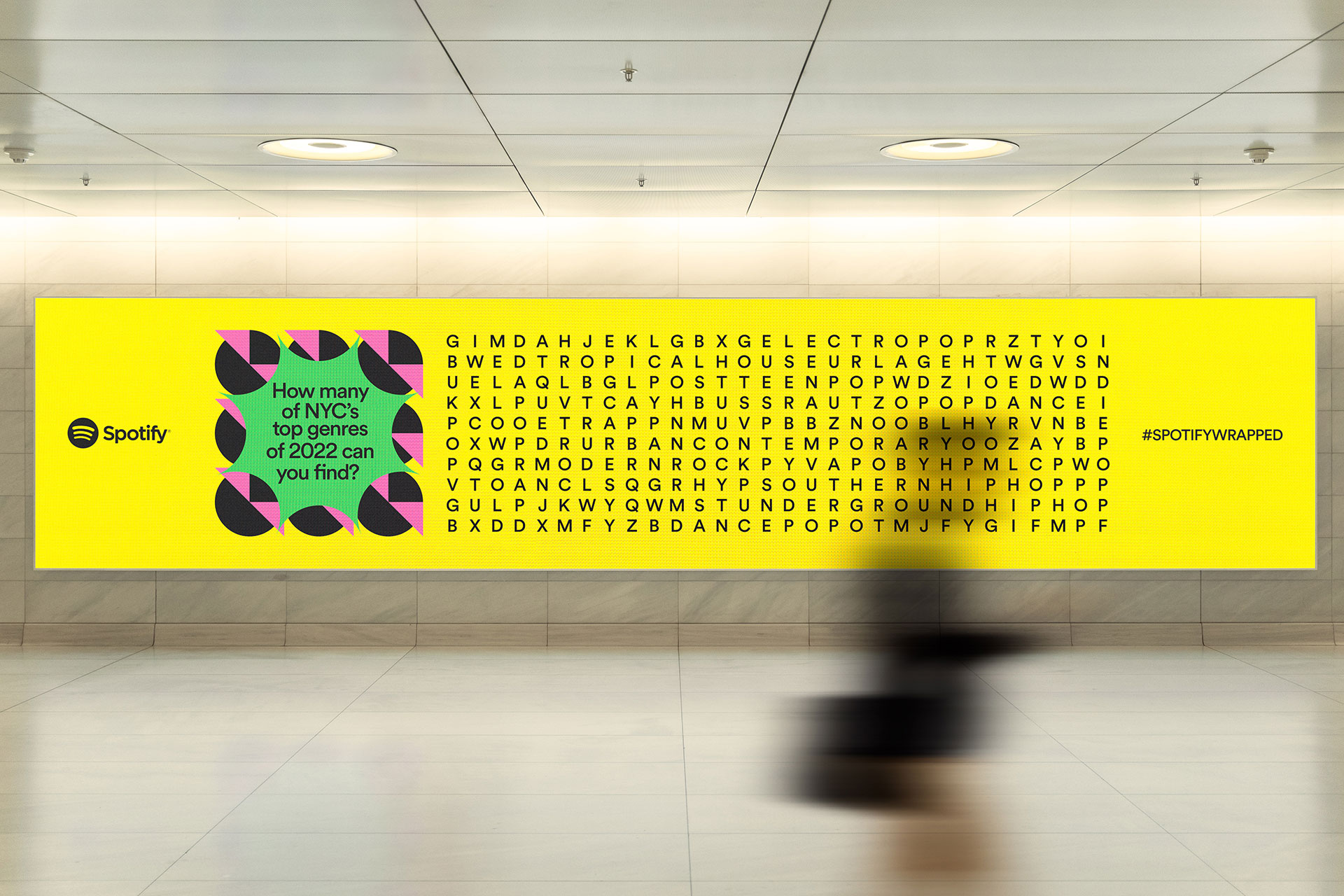 We'll start with the billboards, which have always been a big part of the creative. As usual, they're very data-driven—mining Spotify's vast trove of listener habits to surface playful insights and deliver them in colorful ways. This year, many of the boards are quite literally playful, as they've been turned into games like word searches, connect the dots, mazes, fill-in-the-blanks and more. 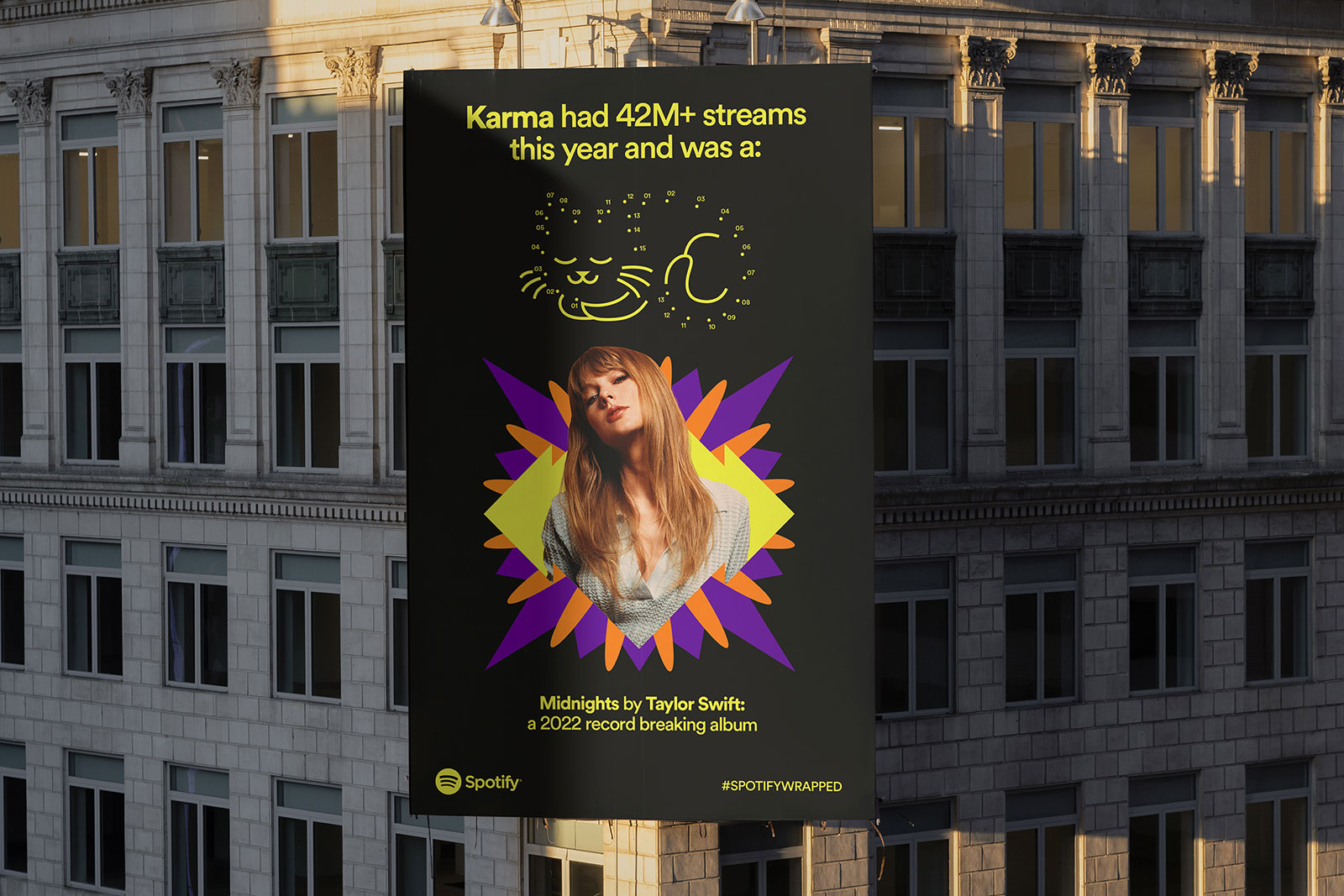 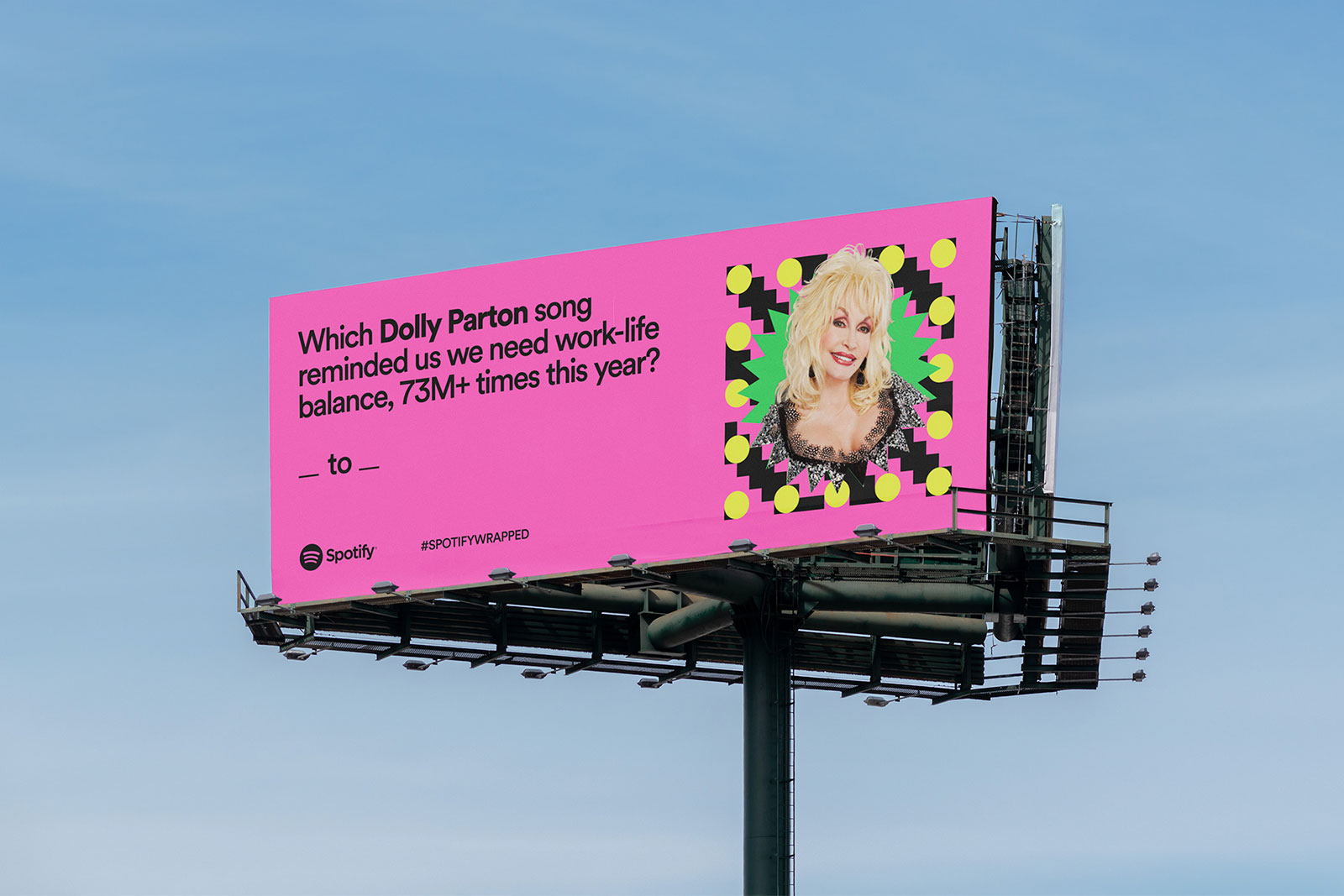 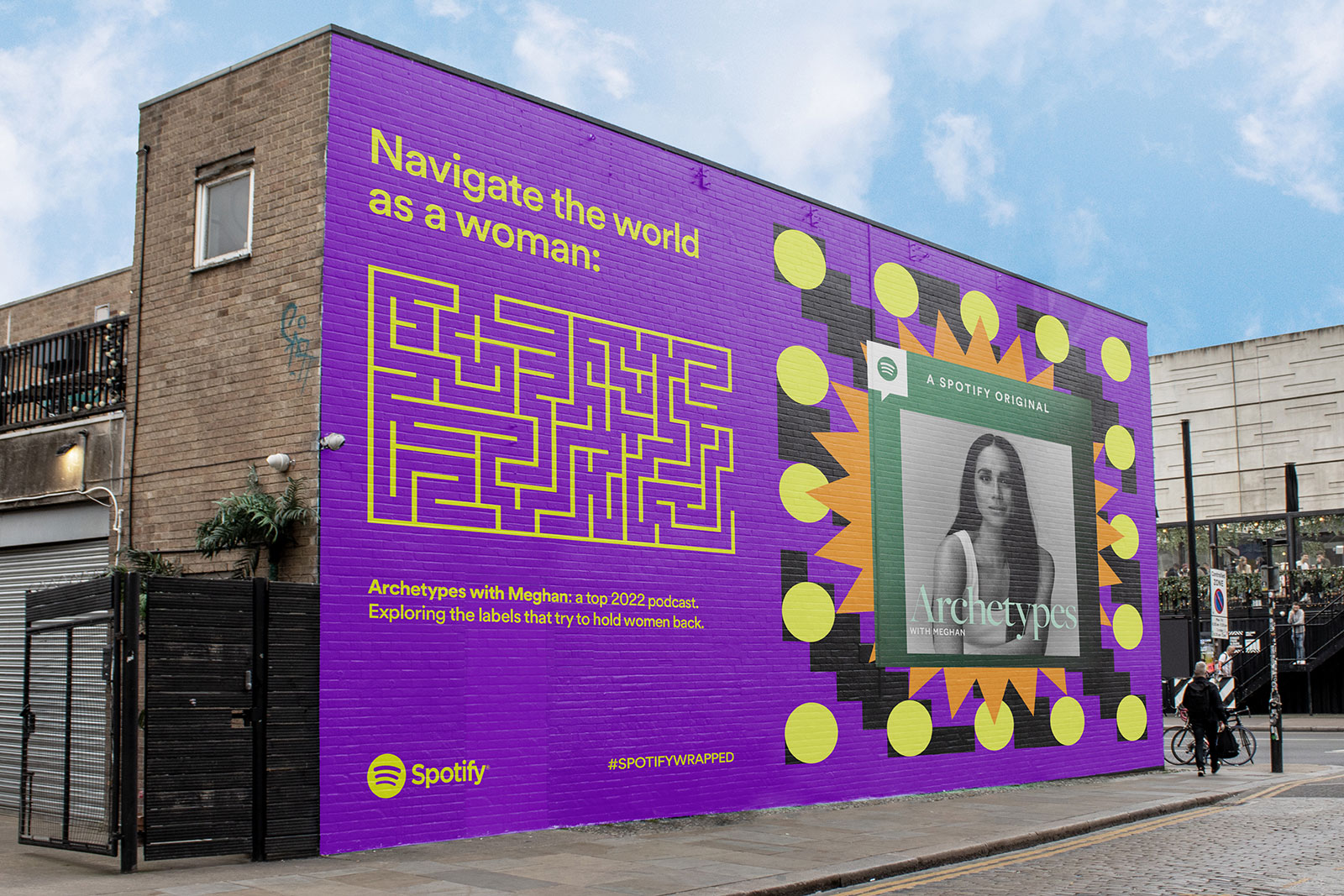 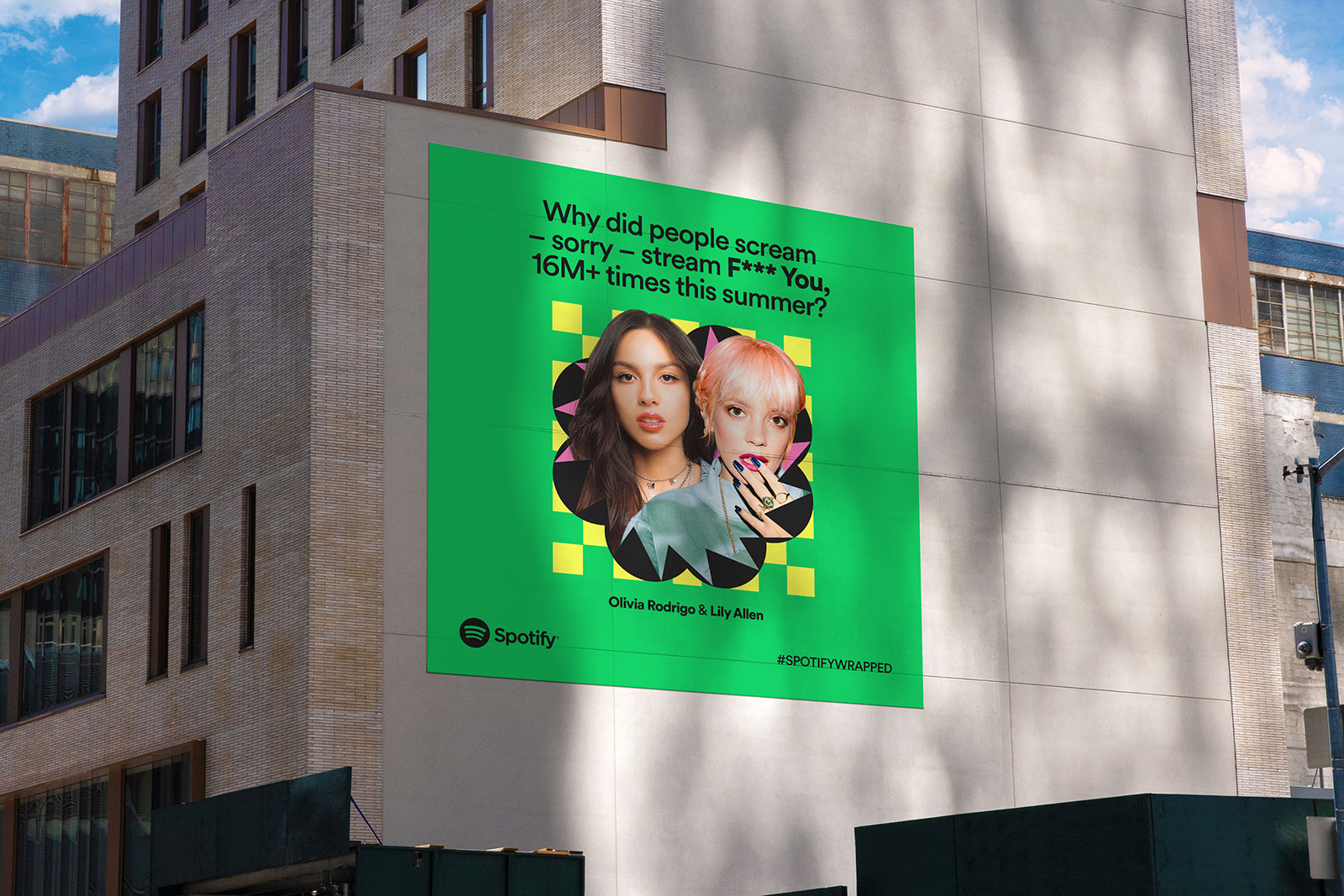 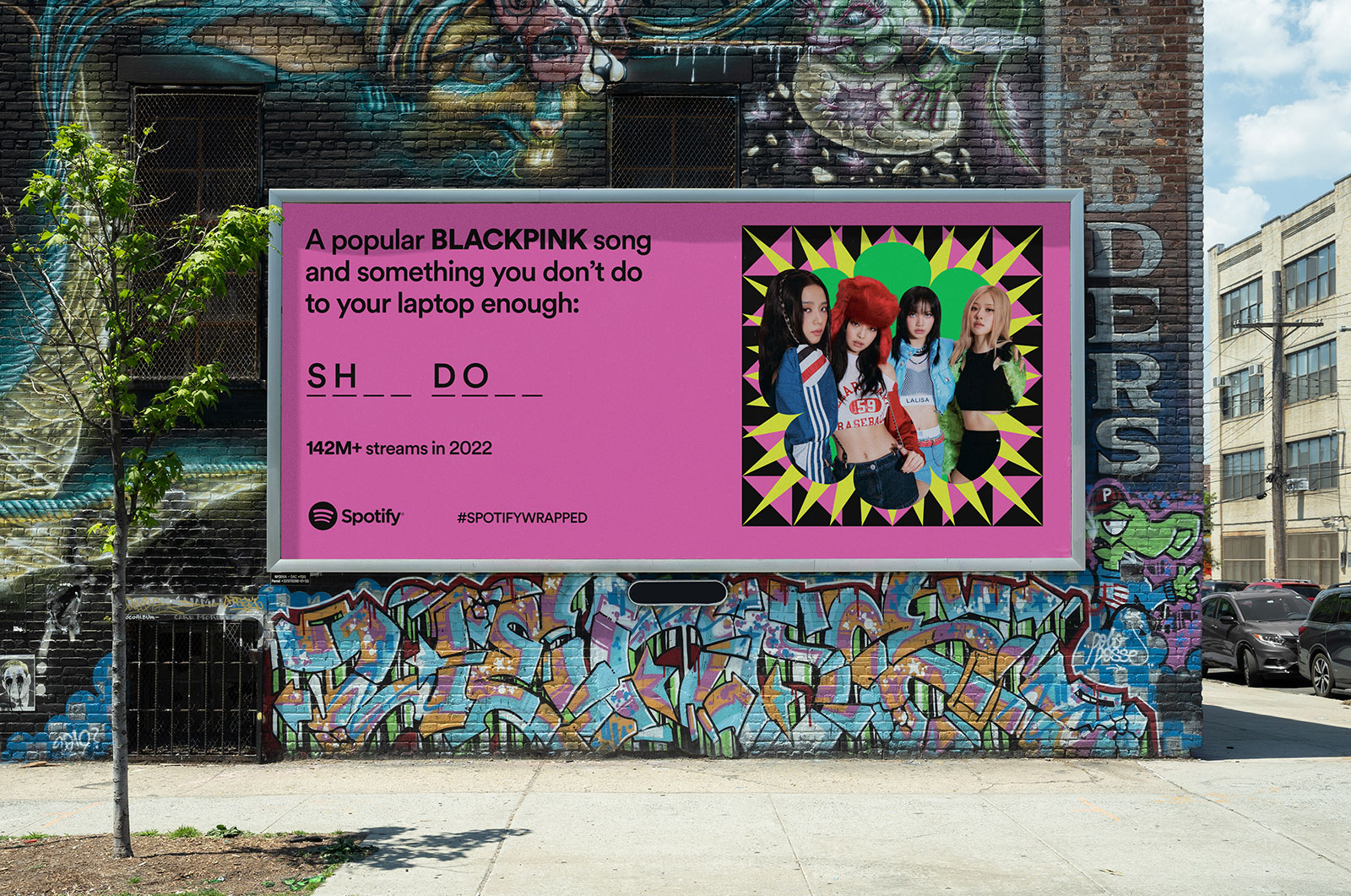 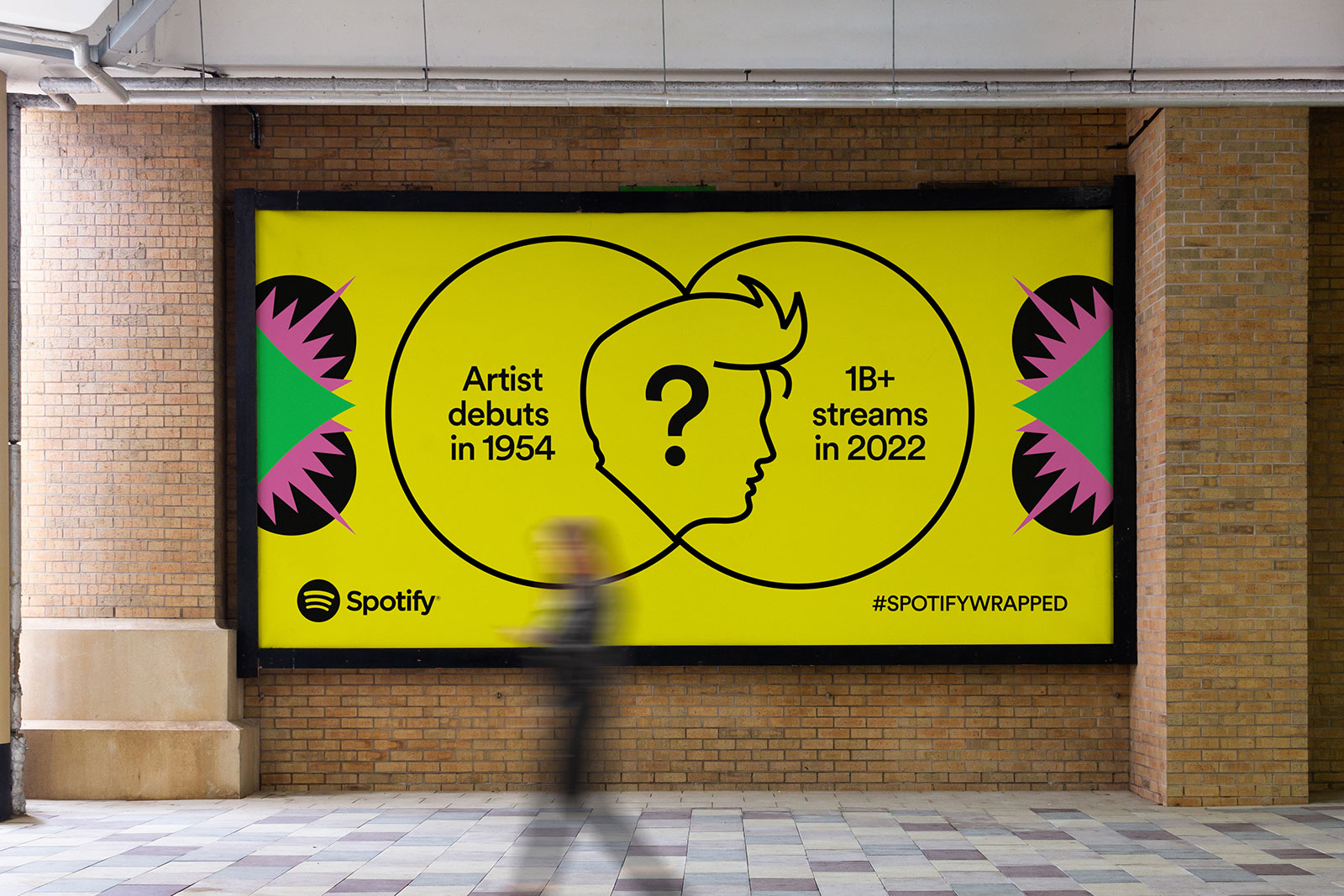 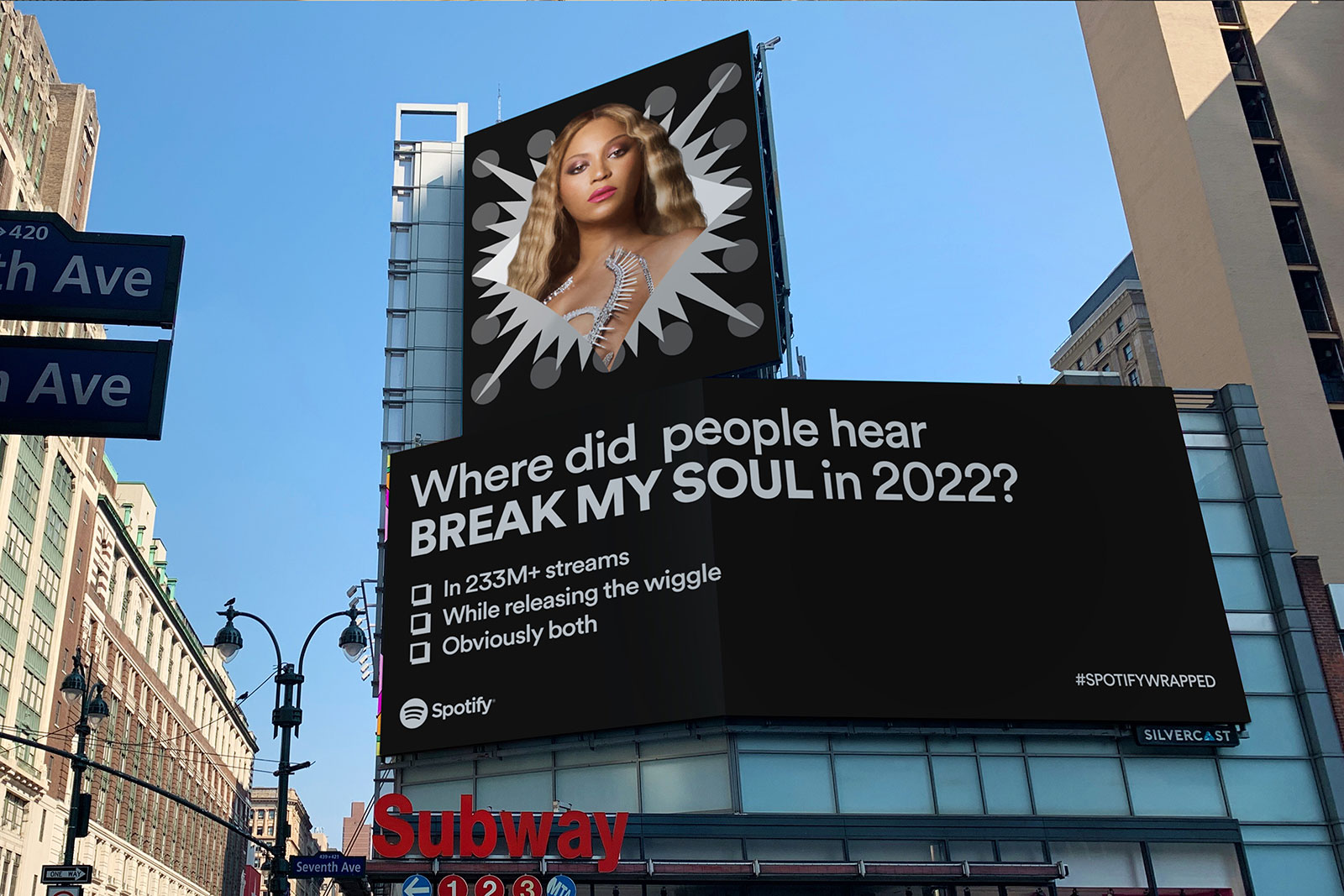 In a call with reporters on Tuesday, Alex Bodman, global ECD at Spotify, said the brand loves outdoor ads for a few reasons—and a big one is that when a particular artist is featured on a billboard, they often can't resist sharing it in social, expanding the campaign's reach exponentially.

"We want to be out in the world and in culture," Bodman said. "We want to be reaching people where they are. It's also a great way for us to celebrate creators. What we see is, typically when we tell a story about a creator, and the way people have loved their music during the year, they want to share it in social. So we get a lot of reach well beyond what you would think, and we get a great relationship advantage as well."

Plus, Spotify OOH at the holidays has just become a tradition. "People seem to enjoy seeing us out in the world at this time of year,"  Bodman said. "We show up in a colorful and hopefully witty and insightful way."

The "Wrapped" experience within the app itself—a version of which is individualized for all Spotify listeners and creators—also has fresh presents this year. Among them is "Your Listening Personality," a feature that visualizes your listening habits and groups you into one of 16 types, each with unique graphics. There is also a separate feature called "Audio Day," an interactive story that shows how your music taste tends to evolve throughout the day. 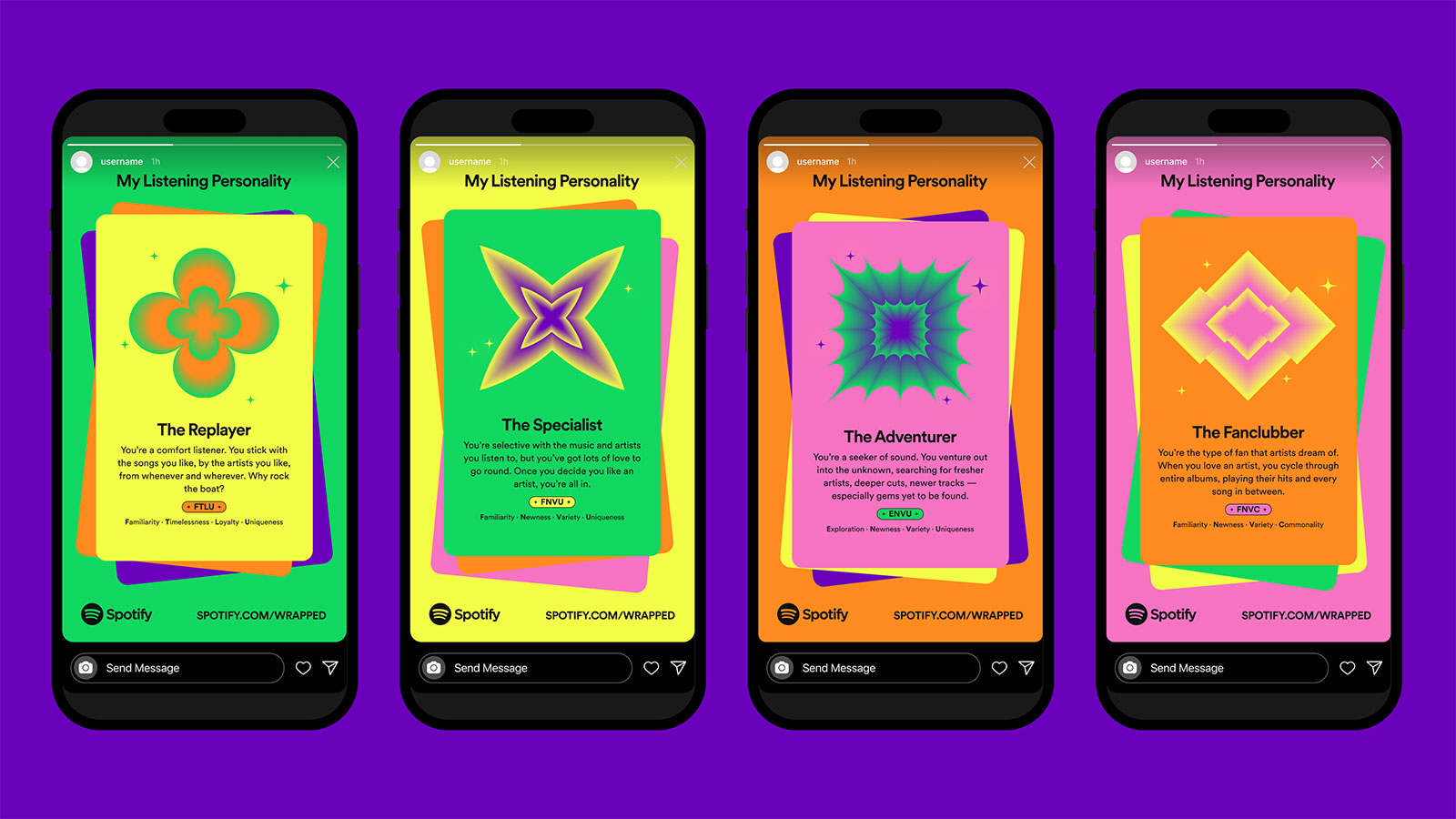 Separately, the feature known as "Your Artist Messages," introduced in 2021, has been expanded this year. More than 100 artists contributed video messages last year; that's been expanded to some 40,000 (!) this year—including Taylor Swift, Billie Eilish, J Balvin, Måneskin and many more. Eligible fans will get a personalized video with thank-you messages from some of their top artists in 2022.

Beyond the interactive features, the Wrapped campaign also reveals the most-streamed artists and songs on the platform, both globally and in the U.S.

Spotify says the overall playfulness of the campaign reflects the mood in many parts of the world as the pandemic slowly recedes and people rediscover the joys in their lives. This was a theme last year too, to some extent, but it's been amplified this year—and was the guiding principle for the creatives when they began concepting a year ago.

"We wanted to open the door to more of a joyous everyday—to make sure we captured this new energy that has come out of people emerging from their bubbles and being able to meet up again," says Marie Rönn, global group creative director at Spotify. "That's something we were excited to dig into—to be a little bit more playful and irreverent, to have a bit of fun and encourage people to have fun as well. For the campaign, we wanted to invite people not just to get Wrapped, but to play it."

Rönn says the creatives worked with the product team specifically to bring joyfulness to life with data experiences, which is what led to "Your Listening Personality" and "Your Audio Day."

"We had a lot of ideas—not all of them were feasible—but we worked super closely with the product team and others before landing on a couple of new data stories for this year that really tap into the more emotional side of listening," Rönn says.

For Listening Personalities, she says, "we were toying with the idea of how we would be able to talk about what your year-in-listening says about your music tastes." For Audio Day, "we wanted to get more into moods and aesthetics and move away from genres. Genres don't give you the nuance of what type of mood you're in, so what we wanted to do there was to try to tell you a little bit about your musical mood throughout the year. What was your musical mood when you listened in the morning versus in the evening, or at night? The inspiration was to just give people a little bit more of a meaningful experience. Genres go deep, but they're not the only factor in the way we listen."

Also new this year: Spotify has singled out the day that you streamed your most-listened-to song the most. "Peppering in a bit of fun and just a little more specific data for you to look back and think, 'What was I doing that day?' Hopefully, people enjoy reminiscing," says Rönn.