We fade in on the cracked pavement of Chicago's West Side. Some cars and pedestrians move in the background, but the surroundings seem hazy and indistinct, drained of vitality. A message flashes on screen: "Dedicated to those who came before and never got to see it through."

"Freesamples," a contemplative track from that collection, washes over the opening frames:

"I still get nostalgic seein' houses that my family lost
They wished upon a star, I caught it like I'm Randy Moss
When Granny fought for her property, she would turn down any cost
I'm the grandson of Carl who lived across from the Fosters
Then fostered me to spread love through holiday poverty
Hand-me-downs I was given, I thought they were bought for me."

Featuring several songs from SABA's alum, also called Few Good Things, the film hypnotically weaves sound and pictures into an intense meditation that touches on race, family, loss, love and the quest for deeper meaning. It mulls the Black experience in America through the artist's personal history, yielding timeless truths about the broader human condition.

This trailer offers a sample:

And here's the full film:

"The concept of 'Few Good Things' is the realization of self after a search for exterior fulfillment," SABA says. "It is the satisfaction and completeness you gain by simply living a life that is yours. 'Few' is a small number, but few is not lonely. In the face of adversity, a few good things is recognizing and accepting blessings. An empty glass is full of air, an empty bank is full of lessons, and an empty heart is full of memories."

The film's conclusion updates the opening sequence—with flowers rising up from the scarred cement. This isn't some heavy-handed Hollywood symbol-fest. It's not like dozens of roses miraculously sprout along the boulevard. But that modest bloom conveys a sense of renewal and the chance for transformations, large and small.

SoundCloud served as co-producer, while Hilfiger contributed the wardrobe and funding, with YouTube providing a grant.

Below, Robert—who's worked for Vevo and NPR, helping develop the latter's Tiny Desk Concerts—reveals how he and SABA brought their vision to life:

Muse: Why a 24-minute film instead of shorter videos?

C.T. Robert: Some ideas can't be rushed. Oftentimes, especially in the film world, ideas are created through the lens of how the algorithm will respond, rather than from a place of trying to tell the best story possible. If you listen to SABA's album, it becomes apparent that a lot of life had to be lived for this type of project to be made. That life encompasses a full range of emotions—loss, joy, guilt, love, envy, pride, etc. To try to whittle that down into a five-minute piece felt like a disservice to SABA's story and the legacy of his family, as this project was so personal.

While listening to the album, it felt like I was getting to peek inside his personal diary. The film needed to carry that same weight. While I understand the sense of urgency to tell shorter-form stories, I knew this needed to feel like one long memory that the viewer was trying to piece back together. Because that's exactly what SABA was doing while making the album. 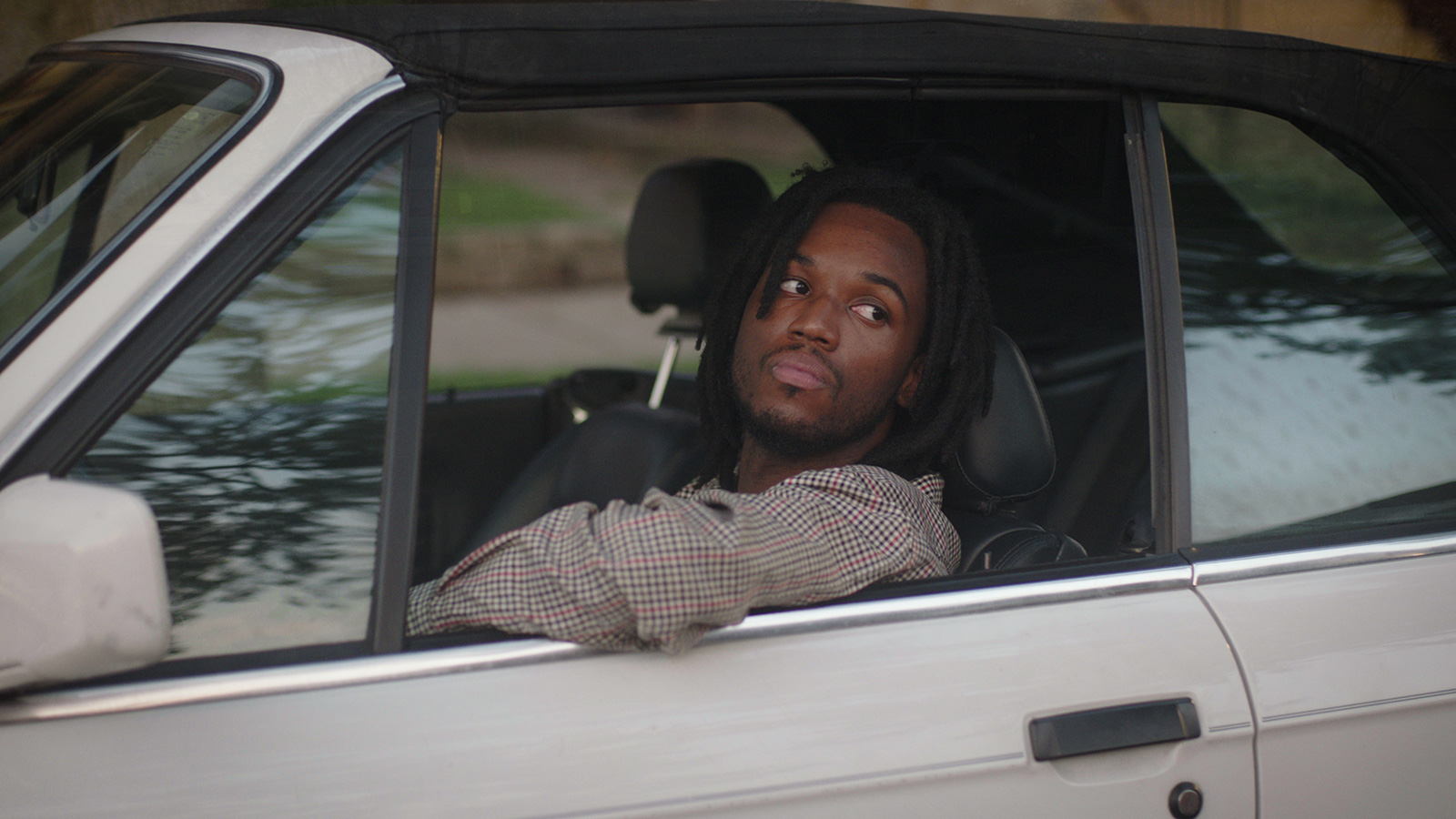 You mention memories, and indeed, the film feels dreamlike and ethereal at times. It's like a poem in words, music and pictures. Were you striving for that?

I've always been interested in the idea that memories, dreams and reality are constantly in flux, and I wanted to create a film that played with this concept. Despite this urge, I think my background in journalism made it impossible for me to truly see how this could be accomplished.

In my early filmmaking days, I studied journalism. And I was taught from the perspective that objective storytelling was the only route to uncover the truth. Out of the gate this never made sense to me because everyone has their own experiences that provide context to their perspective on things. But the ideal of objectivity felt written in stone. It was only when I decided to lean in fully and recognize the truths found in subjectivity that the narrative began to make sense.

We get to know SABA—what he's been through, what drives him. Yet it's not a documentary per se.

I wanted to blur the lines of what a documentary could be. For example, there are several actors in this film, but we also cast members of SABA's family and community to play key roles and help tell the story. We took audio from real conversations SABA had with his grandfather and played them [while showing] family photos and creating scenarios composed from SABA's memories. Our film is constantly crossing these lines, as well as redrawing where they land, which I think causes our audience to fill in the pieces in a way that reflects SABA's own growth. 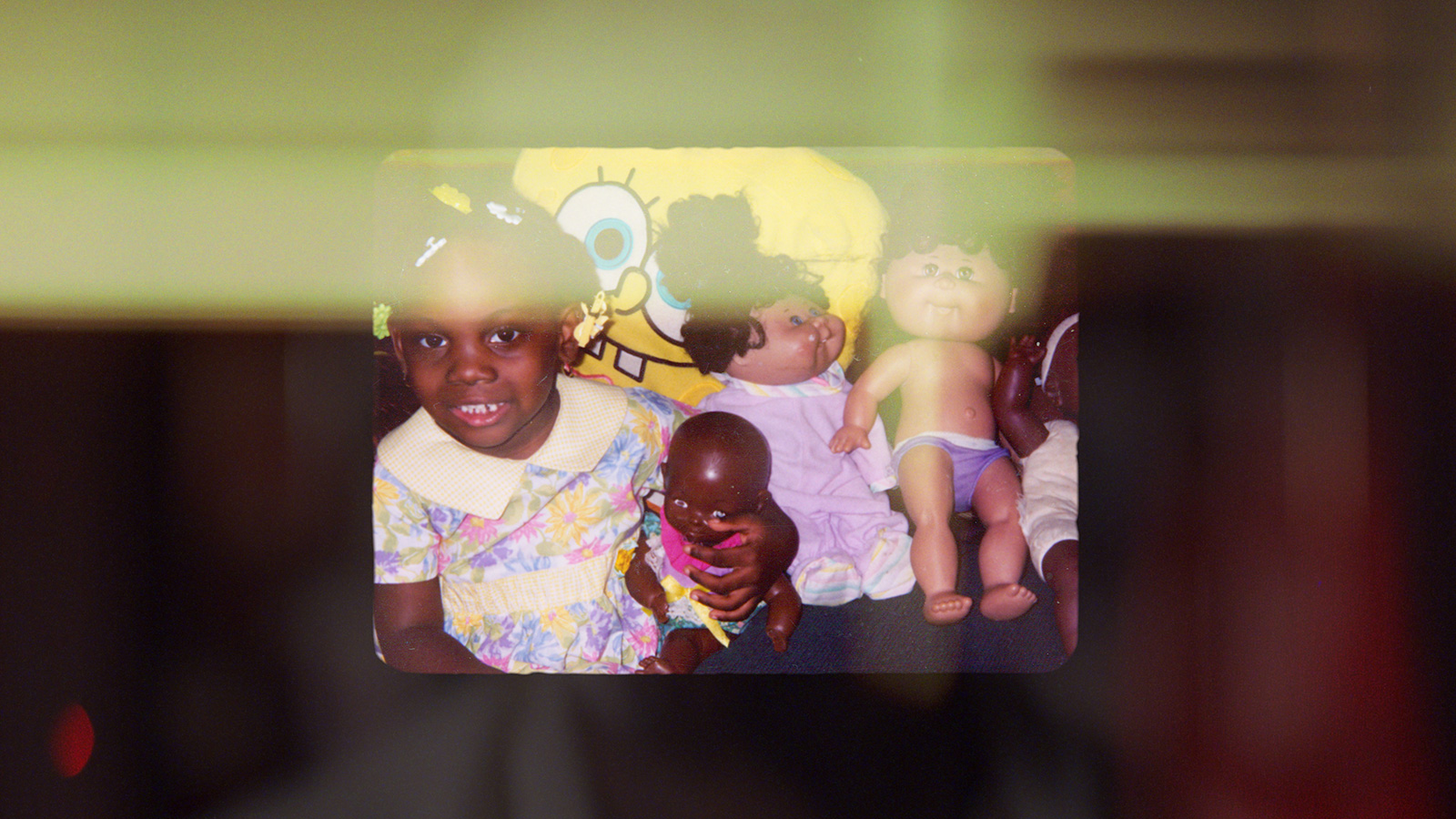 Can you expound a bit on those grandfather calls?

Our film is really anchored by the story of the family home that SABA's grandfather's mother purchased in the 1950s, and how this sense of ownership created space for SABA to be able to dream. We felt that putting his grandfather at the heart of it was the perfect way to make this story bigger than SABA's individual experiences. So much of the film and his album is about understanding one's past and gaining perspective on one's present and future. His grandfather could provide us with insight into everything that happened prior to SABA's life, for him to be in a position to tell his story now.

Which bits you're especially proud of?

The sequence I'm most proud of would be the vigil/fire hydrant scene. We find ourselves moving through a vigil, and then we intercut that with a bunch of kids playing in the spray of an open hydrant at that same location. The duality of recognizing all that you lost while appreciating all that you have becomes instantly apparent. You're seeing a memorial where someone lost their life, while simultaneously being presented with the purest images of life through the eyes of kids. This juxtaposition perfectly encapsulates the nature of what life is about and encompasses the themes found in the album.

Another reason I'm proud of this scene is because of how my team and the community worked together to make it happen. Unfortunately, during pre-production, our friend and Pivot Gang member Squeak Pivot was killed not far from where we ended up shooting. It was something that hit close to home. Most if not all the people in that scene had attended a vigil for Squeak less than a month prior. 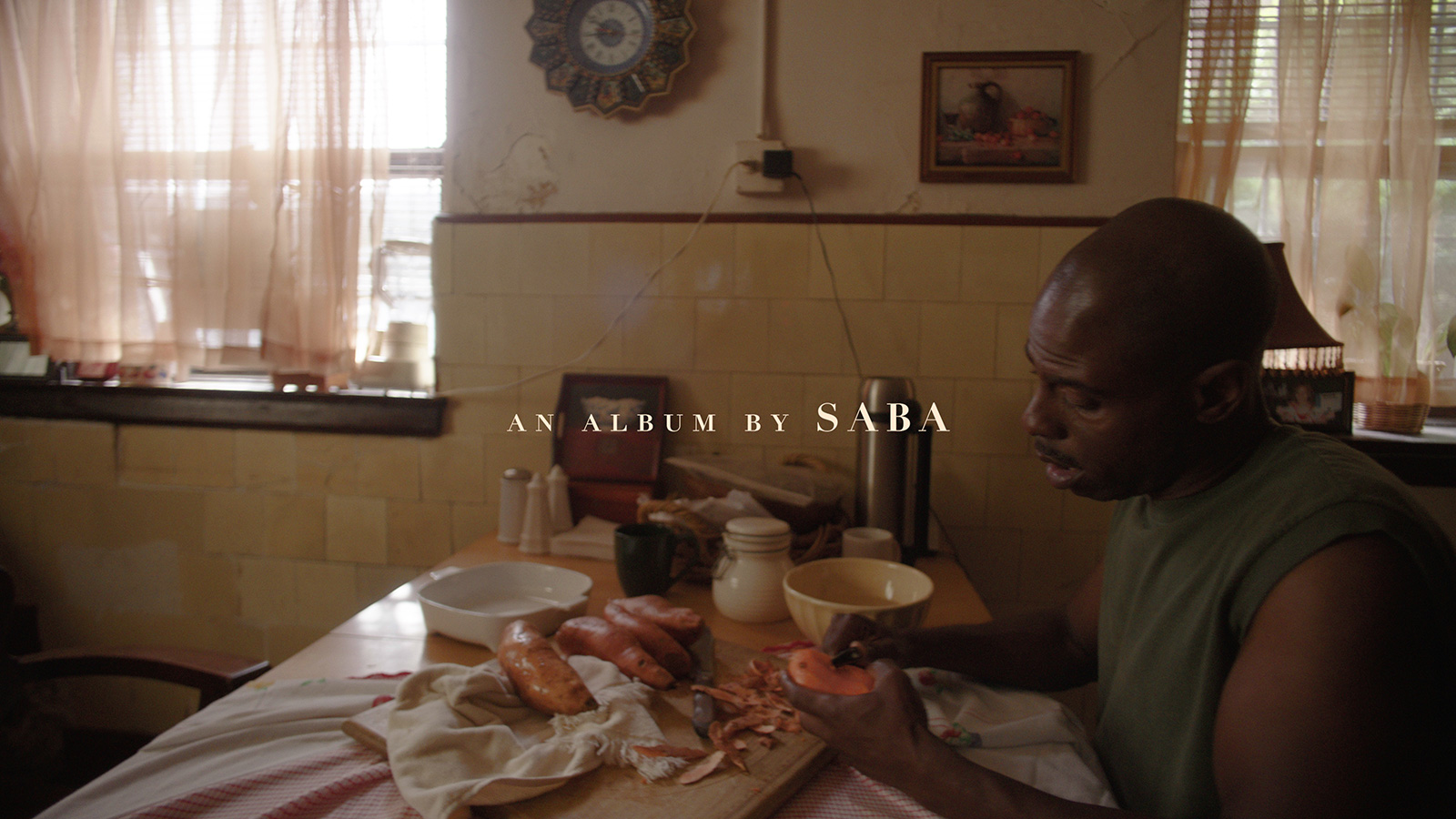 Another favorite scene would be where we actually see SABA interacting with his grandfather. This whole sequence was something we didn't fully plan out, but rather shot as a pickup before shooting our cookout scene. SABA's grandfather just happens to live not too far from where the cookout was, so we ended up walking over and capturing a couple nice moments between them.

And I love our end credits sequence, with stills of foliage growth on the West Side. Throughout the film, we are constantly seeing different stages of this one flower growing from a crack in the concrete. And once those final titles appear, the flower is in full bloom. It leaves our viewer with a feeling of hope. Despite the bad that can happen, there is always room for growth to occur. These things are cyclical, but the good is always present.

Can you explain the dedication?

That was one of the first things I wrote down when I began formulating ideas. The film touches on loss in many different forms: the loss of stability, the loss of a loved one, the loss of memories. It felt appropriate to keep those losses in mind and recognize the impact they've had. Though not a direct representation of SABA's life, we looked to his experiences as inspiration, and wanted the spirit of those who shaped him, but no longer exist in the physical world, to be taken into consideration. Our lives in the present are just ripples in comparison to the tsunami of lives our ancestors have lived.

At the end of the day, what's the big message?

I'm hoping the work can speak for itself. It was important for us to really home in on how important community is, and to shine a light on Chicago in a way we haven't ever seen before. Even if you're not from Chicago, if you leave this film feeling like you should reconnect with your family in some way, then I know we did a good job. A lot of times we get hung up in the grind and lose focus on what matters most. So hopefully this can serve as a bit of light and guidance. 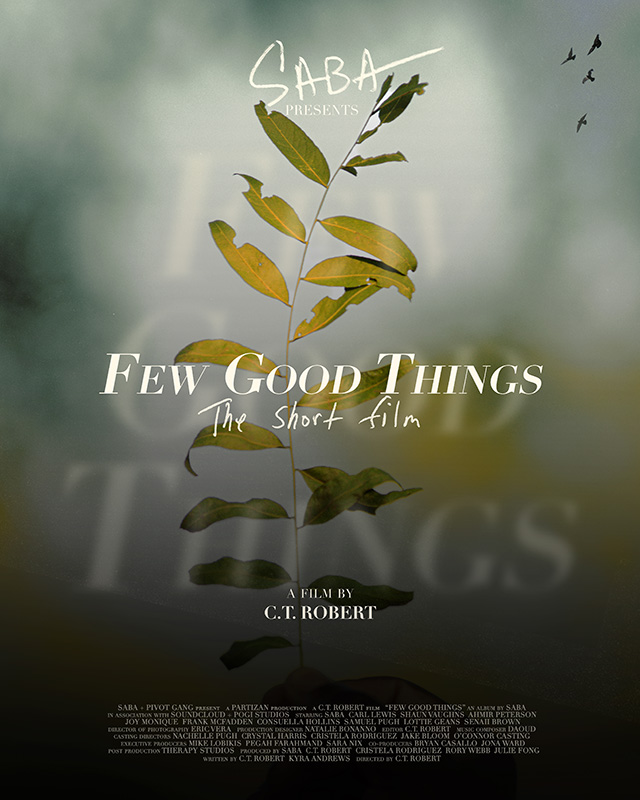