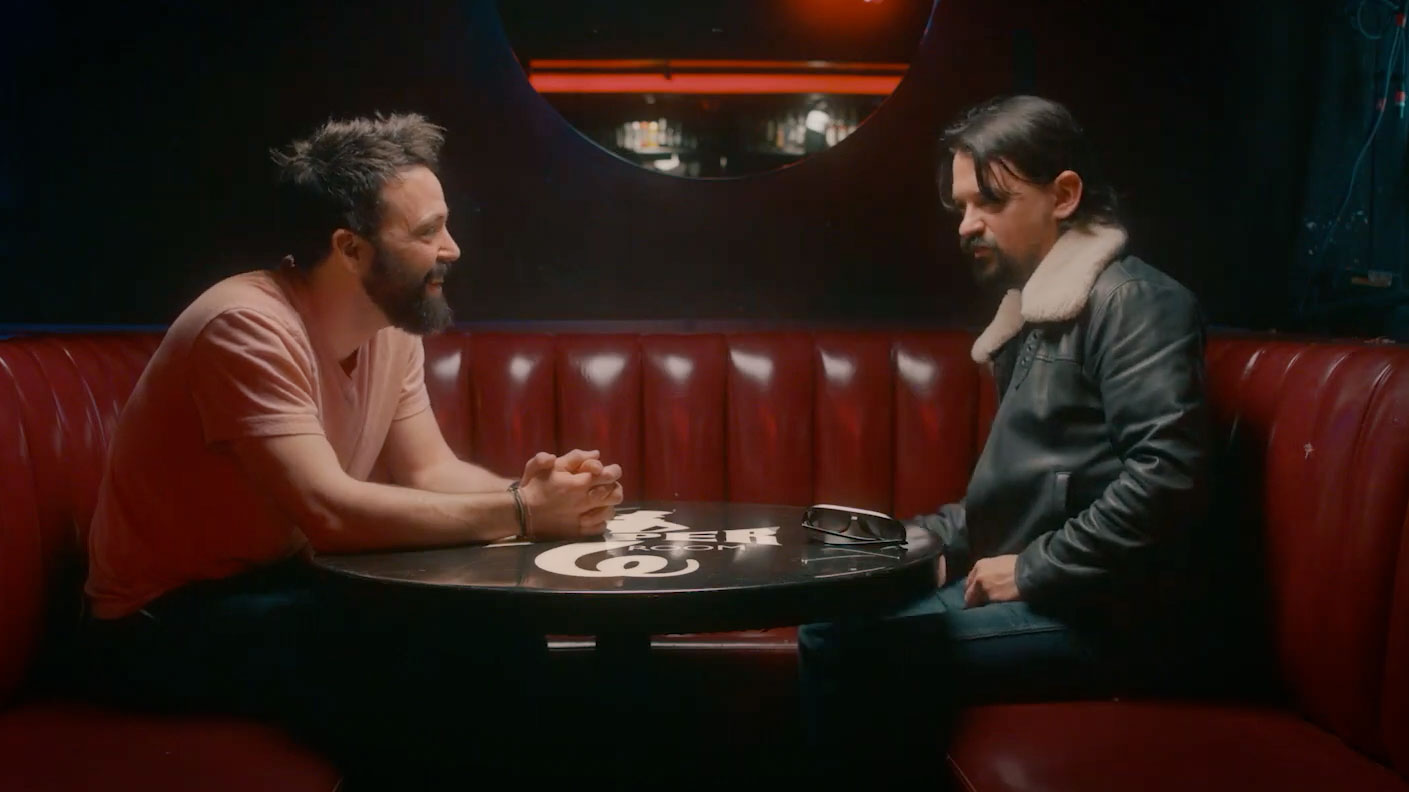 Road trips and tunes often go together, and that fusion drives "Common Tread," a web series from Rolling Stone and Can-Am.

In five short videos, correspondent Clint Carter travels cross-country astride the newly redesigned Can-Am Spyder RT three-wheeled motorbike. During these adventures, he chats with artists and explores the musical legacy of diverse and frequently unexpected places and spaces across the USA.

Shooter Jennings—son of country and western icon Waylon—shows up in the first episode, retracing the creative path that took him from Nashville to Los Angeles as he forged his contemporary C&W sound:

In the next installment, dropping Feb. 25, Carter heads to "The Caverns," a performance venue built into a cave in Pelham, Tenn., to examine the enduring relationship between music and nature.

"We wanted to showcase all of the incredible, lesser-known musical stories that have emerged out of both major cities and small towns across the country," Rolling Stone senior project management director Sara Katzki tells Muse. "We wanted to show how easy it is to explore the open road, and that great stories can be found even in your own backyard."

Each episode attempts to distill Rolling Stone's vaunted long-form magazine journalism into five-minute featurettes designed for mass consumption. The Jennings clip succeeds on those terms. We get a real sense of Shooter's craft and personality as Carter probes a bit below the surface.

The subjects pack sufficient star power without seeming obvious or overdone. This helps "Common Tread" deliver a sense of discovery that fits the road-trip concept. Sure, Jennings has a famous name, and we see images of L.A. everywhere all the time. Still, the city itself informs the man's artistry, so we're not just making another gratuitous circuit of Hollywood Boulevard. Plus, his story isn't so well known that the segment plays like a retread.

Plus, the films keep concerts and wide-ranging travel in the spotlight at a time when both have largely faded from the national stage. In this way, "Common Tread" provides a hopeful preview of our post-pandemic lives.

Can-Am and creative shop Anomaly approached Rolling Stone in 2019 with the notion of creating a "never-ending musical road trip," recalls Katzki. "We felt that each story deserved a longer format so we were able to dive deep into the people and places that make each location and story what they are."

And if the clips show too much Spyder-tooling-down-highways footage for some folks' liking, remember: Can-Am's paying for the gas (and everything else here, too).

Carter visited Jennings a year ago, just before quarantines went into effect, which explains the bustling streets and absence of masks. But shooting the other episodes posed significant hurdles.

"Everything shut down initially, but it became even more challenging once places started to open back up since travel was restricted," says Jeff Molyneaux, co-founder of production and creative studio Riverside Entertainment, which helped develop the series.

A tour of secluded, historic recording studios in Woodstock, N.Y., "was shot at the height of Covid, shortly after New York opened its doors again to allow filming. None of our team could travel to New York, so we had to have a locally based crew handle that episode on the ground," says Molyneaux, who served as executive producer on the films.

A visit to Canada "had to be scrapped entirely," he adds, "causing us to completely reassess the rest of the series in terms of what would actually be possible to produce. Luckily, Episode 2 took place close to Nashville, which is where our headquarters is located, so we were able to do a lot more on that episode from a production standpoint. The episodes shot in New Orleans and Mississippi both had delays in filming due to the holidays and Covid ramping up again."

Ultimately, the team steered around such obstacles to create a breezy branded vehicle with enough substance and surprises to keep viewers engaged for the ride.

• Ep. 1 – Los Angeles – Clint meets with Shooter Jennings at the Viper Room to discuss his journey to L.A. and musical legacy. Clint also stops by Sunset Sound and Dave's Room to explore the iconic studios.

• Ep. 2 – Pelham, Tenn. – We head to "The Caverns," a super unique music venue built into a natural cave in Pelham, TN and explore the relationship between nature and music.

• Ep. 4 – Woodstock, N.Y. – We head up to the Hudson Valley to explore the incredible, secluded recording studios in Woodstock, and talk about the music history of the town. Visits include Dreamland Studios and Allaire Studios.

• Ep. 5 – New Orleans – Clint meets up with NOLA rock band The Revivalists to explore some historic spots that are special to them such as Preservation Hall and Tipitinas.